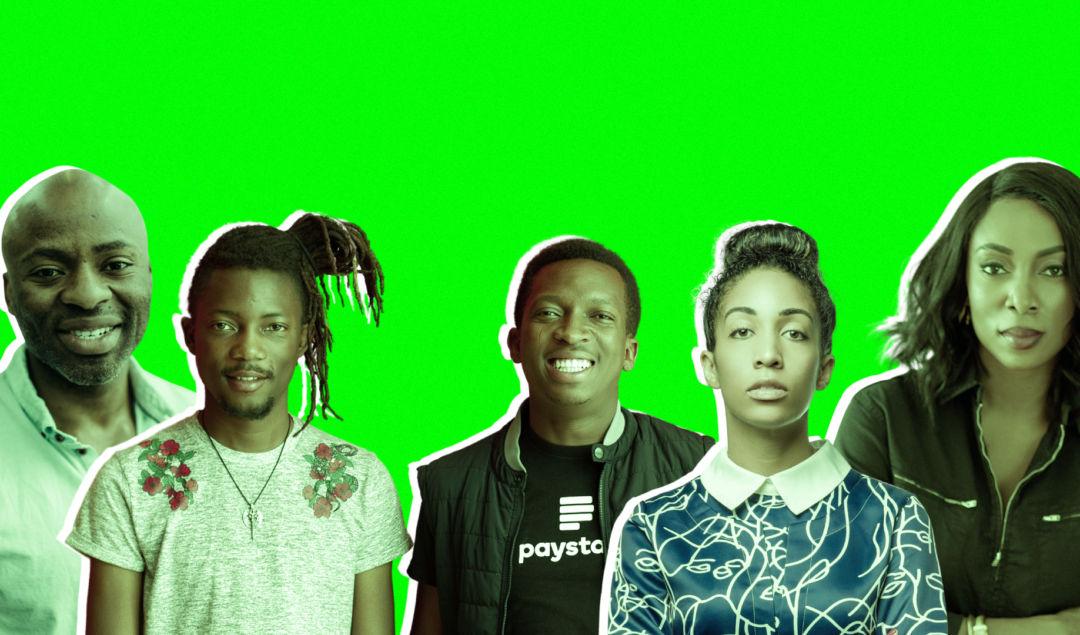 Nigeria, often dubbed ‘Africa’s Silicon Valley,’ is making a name for itself. Meet the talented Nigerians on the continent and the diaspora leading tech companies, building multi-million [and even billion] dollar businesses, investing in their community, and taking their talents globally.

Awotona spent his early years as the second youngest in seven in a lower class neighborhood of Lagos, Nigeria. Yet, Awotona is the mastermind and founder behind a rarity – a Black-owned unicorn, the scheduling powerhouse, ‘Calendly.’

In an interview with Fortune, Tope talks about building his startup in Ukraine [during a time in which the country was fighting a civil war]. In 2014 Awotona decided to fly into the war zone because he needed a Kyiv company to help him build the tech behind his scheduling software company.

Awotona has always been a fierce believer in his company. He quit his job with Dell EMC, emptied his retirement accounts, and maxed out credit cards, for a startup with zero revenue. Fast forward to 2021, Calendly is well on its way to becoming the most integrated scheduling platforms for individuals and large enterprises. Just four years after it turned profitable, Calendly is now a $3 billion company.

He tells Fortune, “As Calendly has grown, I just get a lot of people who don’t fit the mold who reach out to me, who are women, men, people of color—that have been so inspired by the story— that keeps me going through the tough days.”

Maya Horgan Famodu, Nigerian born venture capitalist has set impressive records. She is the youngest Black woman to launch a tech fund, and the youngest person to launch tech fund in Sub-Saharan African. Famodu is passionate about bringing VC to Africa and expand the continent’s entrepreneurial ecosystem. In 2014, when she moved to Lagos with little investing experience, she built her own path launching Ingressive Advisory, which provided market entry services and tech research for corporates and investors.

Famodu is also the first solo woman to raise a tech fund in Nigeria. She launched Ingressive Capital in 2017 to invest directly in tech startups across Africa. She doubled assets under management (AUM) from $5 Million to $10 Million. Famodu is Forbes’s “Under 30 Technology” list (2018), as well as “10 Inspiring Women Ruling Nigeria’s Tech Ecosystem” (2019).

“We started leading global investors to Africa before tech was a thing here,” Maya explains to Forbes, “back when questions were less ‘how many M&A deals have occurred in the African market this year?’ and more ‘do Africans even have internet and electricity?’ It was necessary to not only change the Africa narrative to focus on its incredible innovations and opportunities but also sell a future few imagined.”

Jessica O. Matthews is the Founder & CEO of Uncharted Power. A dual citizen of Nigeria and the US, Matthews has a degree in Psychology and Economics from Harvard University and an MBA from Harvard Business School. At 19, she co-created the SOCCKET, an energy-generating soccer ball. Matthews went on to launch Uncharted Play to expand her product line into energy-producing jump ropes and skateboards.

In 2016 she rebranded her startup as Uncharted Power and raised $7 million, the largest Series A ever raised by a Black female founder, at the time. Uncharted Power aims to democratize energy access and create a smart, sustainable and accessible power network. It has since raised 12.5 million from investors including Disney, Kapor Capital and Magic Johnson.

Matthews says her motivation to enter the energy infrastructure sector came from visiting family in Nigeria, where she discovered Africa’s energy issues. Matthews was featured in Fortune’s Most Promising Women Entrepreneurs, Forbes 30 Under 30, Inc. Magazine 30 Under 30, and Harvard University Scientist of the Year.

Ime Archibong joined Facebook in 2010 and is currently the Head of New Product Experimentation at Facebook. Archibong served as Facebook’s Vice President of Product Partnerships, where he established the global team that manages strategic partnerships to align with Facebook’s mission, product and business strategy. Archibong was part of the team that set the foundation for Internet.org, a Facebook initiative to get people online in emerging markets like Africa. Among the highest-ranking Black executives at the company, Archibong has joined Mark Zuckerburg’s trusted inner circle.

Alongside leadership on the product side, Archibong is considered among the most critical voices in Facebook’s diversity and equality efforts. He serves as one of the highest-ranking Black executives and the unofficial leader of Black Facebook employees. He co-launched the Black@ ERG and the Black Community Summit, an annual event for Black Facebook employees. Archibong strongly believes in Facebook’s ability to connect people. He is enthusiastic about exploring new ways to bridge the gap between product development and activism.

“I have this notion that people create special things when they’re able to connect with each other and understand each other,” Archibong tells CNBC.

As Google Nigeria’s Program Manager, Udo-Obong has provided international opportunities for other Nigerian developers and technical talent. Udo-Obong regularly comes across entrepreneurs overflowing with ideas in his role at Google. His role includes building relationships with developers to boost the sector across Africa.

Udo-Obong is involved with the planning and execution of the Google DevFest events in Nigeria and Sub-Saharan Africa. Aniedi Udo-Obong, believes there is a lack of Nigerian role models in the industry, with most people still pointing to figures like Elon Musk and Mark Zuckerberg. However, because of industry events sponsored by the likes of Google, more graduates recognize the tech sector as a practical way to make a living and launch their own technology firms.

A chance meeting with Twitter’s CEO Jack Dorsey landed Dara Oladosu his dream job at Twitter. While out on his “listening and learning tour” in Africa, Dorsey alongside other prominent Twitter executives met with Nigeria’s tech community members. They discussed an app Oladosu had built—-‘ Quoted Replies’, a Twitter-based bot that helps users collate quoted replies to tweets. While Oladosu wasn’t on the initial invite list for the event, he secured a last-minute invitation to meet the infamous Twitter boss.

After the meeting and clearly impressed with his app, Dorsey invited Oladosu to join them. In a video from the event, Twitter’s Product Lead said the team wanted to implement Quoted Replies on Twitter as a feature and would like Oladosu to join the team to enhance it.

For Oladosu, the job offer is a dream come true. “Twitter is one of my dream places to work because I have a lot of ideas that I’d like to implement,” he said.

Adepeju Opeyemi Jaiyeoba is a lawyer turned founder behind Mother’s Delivery Kit which creates low-cost health care options and delivery kits containing necessary sterile supplies for expectant mothers in Nigeria. She also runs a social venture, the Brown Button Foundation, which produces the delivery kits used at childbirth in Africa. The mission is to eradicate maternal and infant deaths in Nigeria and promote women’s sexual and reproductive rights. President Barack Obama cited Jaiyeoba in his speech at the Washington Fellowship for Young African Leaders Presidential Summit in 2014.

Check out her talk about reforming the health care system at TEDxGbagada.

Abasi Ene-Obong is an entrepreneur with a Masters’ in business management and human molecular genetics and a PhD in cancer biology. He is working to further genomic research with a pan-African biobank. He is on a mission to “spur a biotech revolution” on the continent, analyzing data that can advance discovery and drug development. He launched 54Gene in 2019, a private, Lagos-based genomics lab, which is named after the 54 countries that comprise the African continent.

Since then, it’s launched Nigeria’s first COVID-19 mobile laboratory so that people in other states in Nigeria would have access to services. “There’s never been a better time than now to do the work we’re doing,” Ene-Obong says.

2020 was a big year for this dynamic duo. In October 2020 news hit that Stripe acquired Paysatck for a reported $200 Million. Paystack, founded by Shola Akinlade and his Babcock University schoolmate Ezra Olubi, is the largest acquisition deal to come out of in Nigeria to date. Paystack, the payments startup helps merchants accept payments from their customers, and is one of several payment companies that have disrupted the Nigerian fintech space.

Paystack was built from the ground up by visionary Africans and would attract big-time investors worldwide. Shola Akinlade and company remains passionate about the mission of solving payments problems on the continent. Even with the acquisition, Paystack will continue to operate independently because Paystack’s CEO, Shola Akinlade, remains committed to the mission of solving payments problems for the people within Africa.

Shola says, TechCrunch, “I’m driven by the mission to accelerate payments on the continent, and I am convinced that Stripe will help us get there faster. It is a very natural move.”