How To Leave Google And Become A Bestselling Author [While Not Hurting Men’s Feelings]! 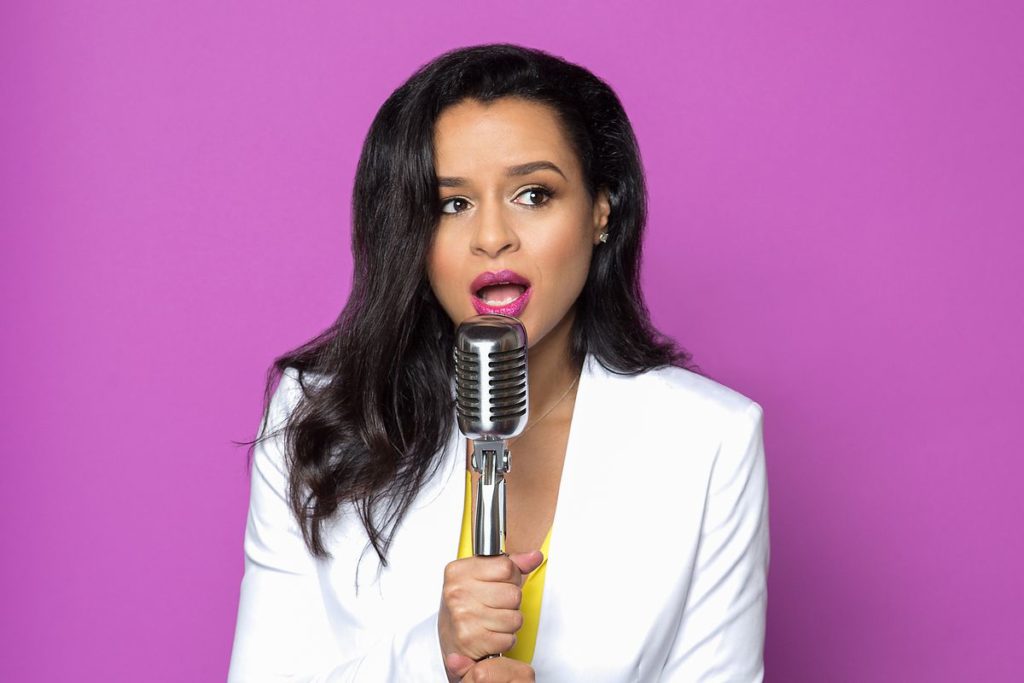 I think the obvious question to start with is how does one go from being a Googler to a comic/author?

It was all based on a viral article that I wrote called “10 tricks to appear smart meetings” I wrote while I was working at Google as a user experience designer [on Google Docs]. It really took off. It was me making fun of the corporate world and all the things that people do in meetings when they’re trying to pretend like they know what they’re talking about and are paying attention [when they are probably falling asleep].

It really resonated with people. And that’s what led me to leave my job at Google and write that first book and start this new career as a writer and as a speaker and a comedian.

And so, now I’m working on my next book. It’s coming out in October. And it’s, “How to be successful without hurting men’s feelings”. And it’s based on a lot of the double standards I faced and I saw when I was working in the corporate world.

For a lot of our readers working at a company like Google is seen as the pinnacle. What was the transition out like? How did your colleagues react? Or did it just flow naturally?

It was tough because Google is known as [and is] one of the best places to work.

Leaving is really hard because you feel like if you can’t be happy there, then you’re never going to be happy anywhere. And when I told people they thought I was crazy. My fiancee at the time [now husband] was like, “I don’t know if you really want to do that. You seem really happy at work.”

But I noticed that my passion for what I was doing just started to wane and was not as great as my passion was for writing for this new found audience that I had.

I was leading a team of designers working on Google Docs. When you’re leading a team you have to be a cheerleader, where you’re supposed to be motivating everyone and it’s hard to do that when your heart is kind of being pulled someplace else.

And so, I came to a point where I just realized that the risk of leaving was not as great as the risks of staying, because I could leave and always go back, but if I never gave it a shot and I never tried to follow this other part of me, then I would never really know what could have happened.

I told my boss and he made it pretty clear that if it didn’t work out, I would always be welcome back. That made me feel a lot better. And so, yeah. Once I made that decision, I think it was a little bit easier.

So on a separate tangent, I think the million dollar question is, is it possible to be successful without hurting men’s feelings then [laughs]?

Oh. Yeah. Depends on the man. But I think it’s definitely possible. I think about Jay-Z and Beyonce sometimes. And I’m like, “She is the most successful, admired, talented woman ever. And he’s done a lot of great things on his own as well, you know [laughs].

But at the same time, I feel like that must be crazy to have a wife who’s that amazing. And yet he does it, so I feel like it’s definitely possible. Yeah.

I think I would have agreed with you on that example before the infidelity [laughs].

Well, here’s the thing. I feel like for men that do feel inadequate, they’ll cheat with someone who isn’t that special or isn’t that great – but makes you feel like you’re worthy. I feel like I would feel not worthy to just have coffee with Beyonce, let alone being in a relationship with her!

So, I could totally see that!

Going back to your previous book – was it an acknowledgment [of my personally held belief] that all meetings are essentially a waste of time?

A lot of it is performance. There are some useful meetings and definitely times when an email thread gets so long that it would just be easier to sit face to face and hash something out.

But a lot of times meetings are an opportunity for you to show how smart you are or how much you know or how great your leadership skills are or to show your boss that you have got everything under control. And so a lot of it is a show. Sometimes the people who are the smartest and getting the most done aren’t the best at that performance.

I always thought it was interesting how the Software Engineers are very, very productive, but a lot of times, hate meetings, hate having to work through something face to face.

But if you don’t show up and get into a meeting and show your leadership skills, then it’s hard to get ahead.

Did any of your colleagues say, “Are you taking shots at me?

That definitely happened. I was in a meeting two weeks after the article came out and one of our VPs was pacing around the room, which is one of the tricks to appear smart in meetings. And asked the presenter to go back a slide at the same time. And so he did two of the tricks at the same time. And then he looked over at me and he winked [laughs].

Your Twitter bio says you got blocked by Trump? How did you manage that?

It was really not that bad. But it did get a lot of retweets and favorites, so maybe that’s what got his attention.

Pretty timid. Well, I guess to him… On a better note where can we find you?.

So you can go to SarahCPR.com and you’ll see all my events and stuff and my next book “How to be successful without hurting men’s feelings” comes out October 30th and it comes out November 1st in the UK!