By Abbianca Makoni September 13, 2021 in Diversity, Investors, Main No Comments 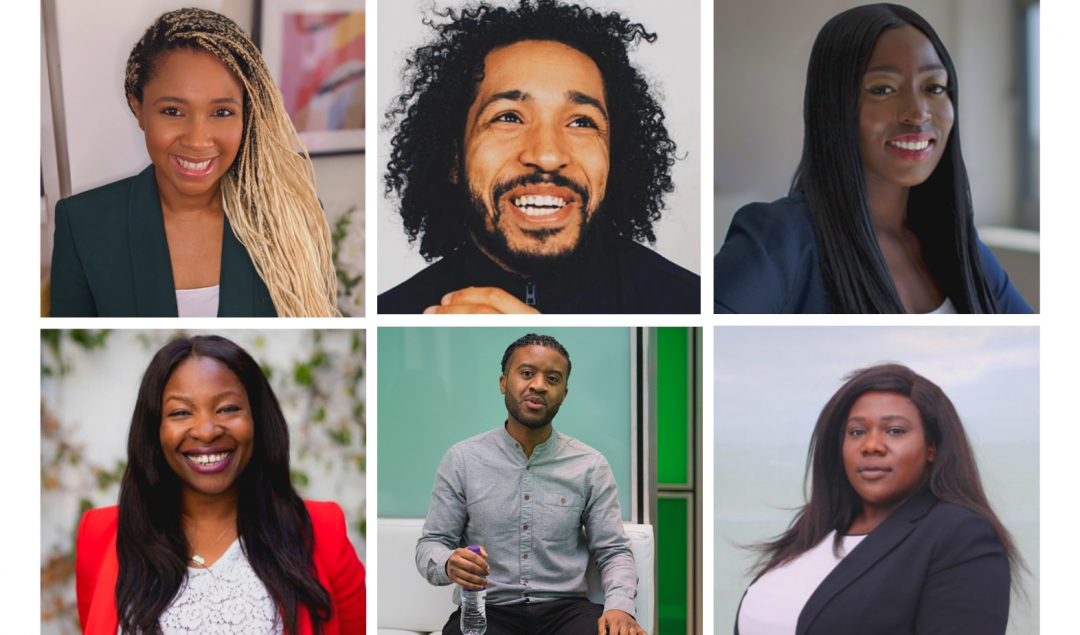 But Black VCs up and down the country are not staying silent anymore, and many of them are becoming more and more vocal on the lack of diversity in the sector, with some taking matters into their own hands to make an active change. From blogs and podcasts that advise new founders, group mentoring sessions to even launching their own firms specifically for Black aspiring VCs and founders.

They’re doing what they can to break barriers and bring more ethnic minority groups to the table.

Here at POCIT, we’ve taken a deep dive into some members of the Black VC community in the UK and where they’ve made their investments.

You’ve probably already heard of Miss Bajela, the ‘Principle’ of Impact X Capital Partners LLP. She founded the fund with a mission of unlocking capital for exceptional underrepresented founders to increase diversity in tech and business. The London-based VC has invested in Flutter Wave, Wise, Get Marshmallow, and many more over the years.

Previously Ms. Bajela worked for Mitsui & Co., where she led over $200 million in investments in companies including TransferWise. She was just recently named as Forbes’s 30 under 30 for her work.

Ms. Adebajo is an investor at British Patient Capital, a firm that describes itself as a “crucial” point for growing smaller ambitious companies into world-class businesses.

The company has invested in the likes of ‘Thought Machine,’ a fintech company that builds cloud-native technology to revolutionize core banking, and ‘Quantexa, a firm that develops network analytics tools to detect and prevent financial crime.

She also previously served as an investment analyst at both ACF Investors and Capital for Enterprise.

Mr. Ayim, who earned his MBE for his work in the technology ecosystem and the successful launch of his own Angel Investing School that trains diverse professionals on how to get started with investing in the next generation, is an angel investor at Ada Ventures.

He speaks openly about getting angel investors for your business and gives away frequent gems to young early-stage start-up founders.

From building Mixtape Madness, the cultural hub of London music culture, to his VC days at Backstage Capital – he’s shaken the tech and business world and continues to go from strength to strength.

Another Black VC with an MBE for her exceptional work in the tech sector is Miss Angelides, who also sits as an investor at Samos VC.

Born in London and raised in Lagos, June joined Samos Investments in 2018, investing in high-growth European businesses. She also held roles on the Venture Debt Team and Early Stage Banking Team at Silicon Valley Bank. However, the mum of three, who is just one of a handful of Black women in VC, is best known for starting the UK’s first child-friendly coding school for mums, Mums in Tech.

Mr. Davis is an Angel Investor and Founder of the 10×10 fund, an open invitation to commit a minimum of £1,000 to be invested in Black founders. He also invests at pre-seed on Atomico’s angel program focused on diverse and black founders.

I run a group called 10×10 that’s a group of black founders. It’s been running for five years, and there’s a few spinouts, one of them is 10×10 VC, so there’s all these black VCs in the group, or all the black VCs in the UK….So 10×10 is a community of leading black founders in the UK, pre-seed tech founders. There’s no website, no Twitter, no Instagram, there’s nowhere to really find it and that’s done for two reasons: one, because I’ve always believed that great products and services, people just find them, people hear through word of mouth, people going to solve a problem for themselves and discover it. Second is because I’ve never been bothered to be able to do any of those things.

Keji Mustapha, head of the founder network at Connect Ventures

Ms. Mustapha is the Head of Network and Operations at Connect Ventures, a venture capital firm specializing in seed, startup, series A, and early-stage companies.

The company has made almost 100 investments, including Keebo, a London Fintech start-up that recently closed £5 million in a seed equity funding round, and BlackTag, a global platform for Black content and creators.

She joined the team in 2017, having spent much of the 5 years before working in and consulting with early/seed stage tech startups on operations and strategic partnerships.