By Abbianca Makoni January 18, 2022 in Diversity & Inclusion, Main No Comments

Cynthia Chapple, Founder Of ‘Black Girls Do STEM’, Speaks Out On Photoshop Diversity 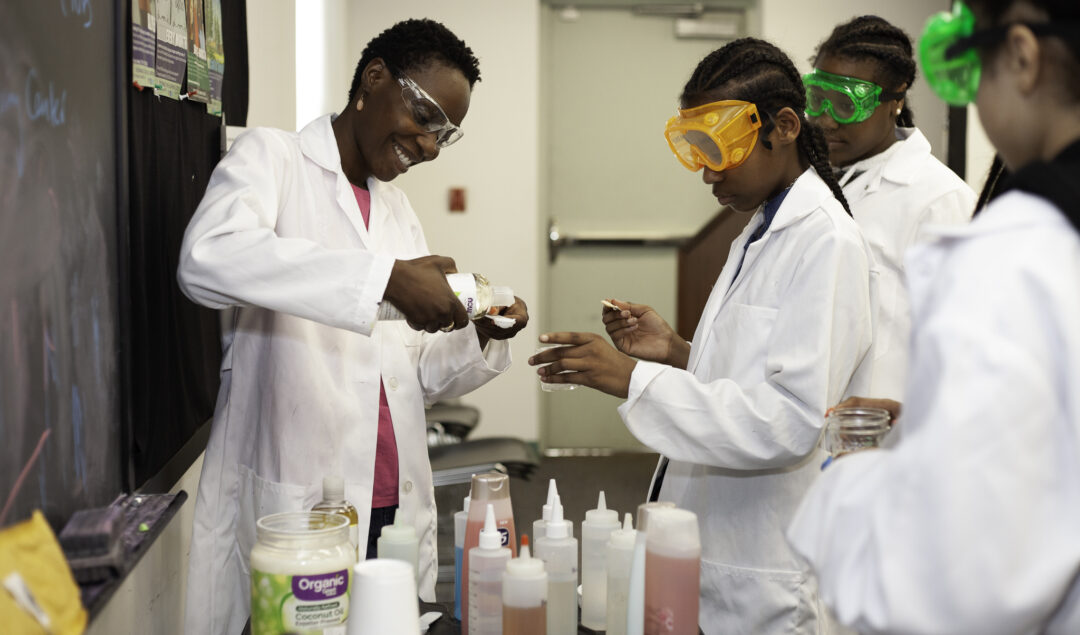 Cynthia is an innovative scientist, an advocate for Black girls and women. Through her organization, Black Girls Do STEM, she has been able to help dozens of middle and high school students by exposing them to career pathways and empowering them to become STEM professionals.

Unfortunately, being a Black woman in a majority white male industry comes with challenges. Speaking to Megha Mohan from the BBC, Cynthia recalled an incident where she experienced ‘Photoshop diversity’.

Cynthia had been asked to help out with a photograph of a research professor and his staff – she agreed and assumed that she would be the one taking the photo as the image was going to be used by the professor for a grant application.

But what happened next shocked her.

When she arrived to take the photo, she was pulled alongside the team in front of the camera. Confused, she smiled for the picture before an uncomfortable realization dawned on her – she had been used.

Cynthia, who at the time worked as a chemistry researcher at a US university, didn’t work with the professor’s team directly and had little contact with them personally. Hence, it was a surprise that he wanted her in the picture.

“This was an example of ‘Photoshop’ diversity when black women are used for photo opportunities,” she told the BBC, “I was being used to show he worked in an inclusive team and to secure him funding. I was embarrassed.”

The STEM sector lacks serious diversity. Pew Research from 2021 states that black people made up only 9% of all STEM-related workforce in the US, which has not changed since 2016.

And according to the American Psychology Association, women of color make up only 2.3% of tenured (permanent) university teaching staff in the US, whereas white women make up 23.4%.

I’m sure this is an incident many of our readers can relate to. When I read the story – I chuckled, not because it was funny but because sometimes all you have to do is laugh; otherwise, you’ll always be frustrated.

I experienced a similar situation when I attended an all-white media journalism event. The photographer would seemingly follow me around, taking snaps of me because I was the only minority.

Naturally, the pictures would then be spread across the company websites or their social media, showing how “diverse” their events are.

I was still training to be a journalist at the time and intimidated by the overwhelming numbers of white faces – I was afraid to speak out – out of fear of “causing a scene.”

But this idea of ‘photoshop diversity’ is not new, and we’re glad Cynthia is talking openly about it.