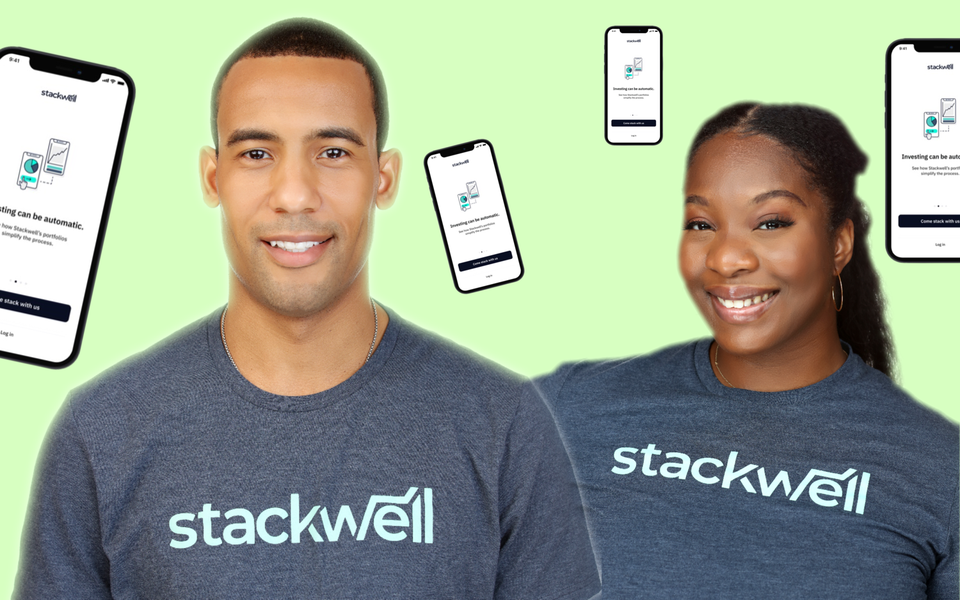 Since its launch in 2021, Stackwell Capital has worked hard to eliminate the racial wealth gap, and the launch of its new Robo-investing app is a testament to this.

The app which has launched yesterday and is currently available for download in the App Store. The program, intentionally designed for the Black community, has given users endless opportunities to enhance their knowledge of the financial market.

“At its core, Stackwell’s platform is designed specifically to overcome the fear and mistrust of the financial system and institutions in this country and empower individuals to see a space for themselves in investing,” said Omosefe Aiyevbomwan.

By promoting accessibility, education, and support, users will be encouraged to participate in investing and building sustainable wealth, which will benefit not only themselves but their community.

“The release of our app represents a significant milestone in the ongoing growth and development of our country,” added CEO Trevor Rozier-Byrd.

“We are now uniquely positioned to help more people in the Black community leverage the power of the stock market to grow long-term sustainable wealth and ultimately capture a massive market opportunity by becoming the trusted provider of end-to-end financial products and services for millions of Black consumers.”

The Stockwell app, which is quite simple and easy to use, will provide all users with the necessary tools to begin their investment journey. To use the app, users must pay a monthly fee of $1 and invest a minimum of $10.

According to AfroTech, Stackwell Capital will also be working with several NBA and WNBA teams to produce co-branded content with the goal of reaching millions of people both locally and internationally, encouraging them to open Stackwell accounts.

Over three years, the partnership will aim to increase the Black community’s interest in financial literacy through unique programming and events.

“Through our NBA and WNBA partnerships, Stackwell is invested in Detroit, Minneapolis, New Orleans, and Washington, D.C. for the long term,” Rozier-Byrd said.

“By partnering with NBA and WNBA teams in these markets, we will be able to provide investment access and education to the local Black communities, which are among the most impacted by the racial wealth gap.”

“Together, we will drive social and economic impact in these markets with authenticity and passion, open up over 3,500 new Stackwell accounts, and contribute over $250,000 back into the local Black communities over the next three years.”