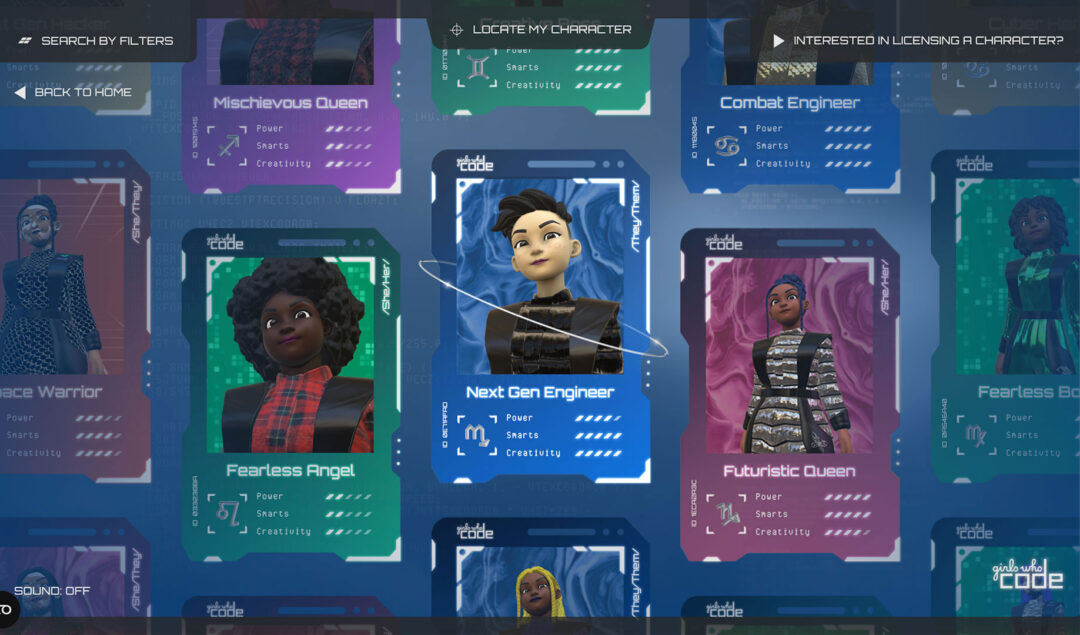 To celebrate Computer Science Education week, Girls Who Code have launched a new video game, Girls Who Code Girls, tailored to turning users into creators by helping them code their characters.

According to recent stats, 77% of video game developers are men meaning most female and non-binary characters are designed by men, which is why women are misrepresented. Black Girls Who Code hopes to change that with their new gaming experience.

Girls Who Code, founded by Reshma Saujani, is a non-profit organization committed to disrupting the imbalance in gaming by challenging the misogynistic culture that sees a lack of representation of women.

“Though almost half of all gamers are women, we don’t see them represented in game development. As a result, what we do see is a gaming experience catered to the white, male gaze that alienates some of its most passionate and diverse fans,” said Tarika Barrett, CEO of Girls Who Code.

By giving users of all backgrounds room to bring to life a gaming experience that is more reflective of them and their communities, Girls Who Code hope this will help close the gender gap in gaming and inspire girls to develop their computing skills.

“That’s why we created Girls Who Code Girls. By turning users into creators, we’re empowering our community to use coding to upend the status quo and imagine a future where they can harness their passion and creativity into a career in tech,” Barret added.

“We want our students to know that they deserve to take up space in gaming and game development and can create characters that reflect the best parts of who they are.”

The gaming experience has set out to accomplish two goals: providing girls with a fun, creative entry point to code, and the second focuses more on what characters will look like when more women learn how to code.

Gamers can visit GirlsWhoCodeGirls.com, where they will be introduced to four coding languages and learn how to code and customize their gaming characters.