#ISupportTimnit: The Fallout From Google’s Dismissal of Dr. Timnit Gebru 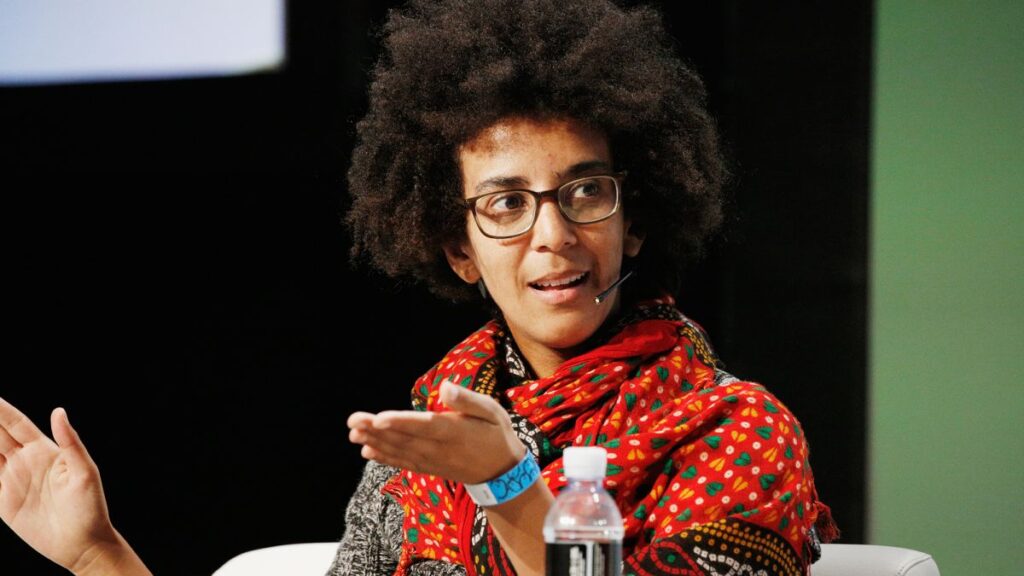 The news rippled across the Internet of Google’s sudden firing of prominent AI ethics researcher Dr. Timnit Gebru. Renowned for her groundbreaking work in making AI more equitable and exposing its potential for racial and gender bias – Gebru was recently highlighted in our article: the Black women fixing AI.

In a series of tweets, Timnit announced the tech giant had fired her [via email] after she expressed frustration internally about Google’s lackluster diversity initiatives.

Timnit explains via Twitter that she was previously asked to retract a research paper she co-authored that highlighted potential pitfalls with large ‘language models’. The MIT Technology Review (who has since retained a copy of the paper in question) reveals critical insights Timnit and her colleagues were raising – insights that potentially could cause concern to Google. Timnit claims her manager asked her to remove her name from a research paper because an internal review had found the contents ‘objectionable’. Jeff Green, Head of Google’s AI division in an internal email he shared online, said that the paper had not met their standard for publication.

As an Eritrean American Timnit was one of the few Black women amongst Google’s leadership. Her termination sparked frustration among some Googlers who say that while the company says it’s interested in diversity and inclusion, it has made little progress [the latest figures show only a marginal increase in Black employees to 3.7% from 3.3% a year earlier]. Timnit spoke up about the issue in an interview with Wired, ”We have been pleading for representation, but there are barely any Black people in Google Research, and, from what I see, none in leadership whatsoever.”

While Timnit’s sudden termination further highlights Google’s D&I issues, it also brings to light broader issues on research censorship and what some say the future of AI ethics research. Across the industry, an outpouring of support for Timnit also revealed frustration and outrage from some who call into question Google’s motivations in silencing her research.

Alex Fefegha, creative technologist, and co-founder of Comuzi had this to say about Timnit’s inspiring work in AI.

“Timnit’s work exploring ethical AI & the black in AI community inspired me to work with artificial intelligence, I am saddened by the situation and her treatment for standing up for what is right. The tech industry isn’t accommodating for black women, all these diversity and inclusion schemes are useless if those who work for you are discarded once they speak on what is right. I am disappointed”

“The irony is not lost on me that someone who in charge of ethics was unethically dismissed. I think it’s really sad that we are at a point where we are now silencing people who are speaking the truth about the risks of artificial intelligence and machine learning…”

J. Khadijah Abdurahman in a polemic ‘On the Moral Collapse of AI Ethics’ discusses what Timnit’s firing exposes about the “representation politics” experienced in primarily white institutions.

“If you were shocked by the firing of Timnit you haven’t been paying attention. We need to fucking take responsibility for the present because while you’re immobilized, debating whether if you’re the one who should mention the corporate diversity, equity and inclusion (DEI) lexicon (inherently de-coupled from a political-economic analysis) is half of the problem. The most opportunistic and/or mediocre are defining the discourse on a global stage. We’re ruminating about Jeff Dean’s feelings instead of building a cross-class labor movement that defines tech workers broadly, ie researchers, engineers, Uber drivers, Amazon warehouse workers, content moderators, etc. We should cry out not because Timnit is a brilliant scientist who has shaped her field, but because her firing is a symptom of the broken society we’ve constructed.”

In an open letter, Google Walkout For Real Change publically protests the termination of Dr.Timnit Gebru. At the time of writing, the petition has the signatures of 2278 Googlers and 3114 academic, industry, and civil society supporters. Standing with Timnit, the statement reads, “Instead of being embraced by Google as an exceptionally talented and prolific contributor, Dr Gebru has faced defensiveness, racism, gaslighting, research censorship, and now a retaliatory firing.”

This story is far from over

This story is far from over. To many, her experience spotlights a familiar story for people of color who choose to speak up in predominately white spaces.  Now an ex-Googler, Timnit thinks her termination was partly motivated by her outspokenness regarding D&I initiatives at Google and their treatment of people from marginalized groups. In an email that was obtained by Platformer Timnit explains…

“Your life gets worse when you start advocating for underrepresented people, you start making the other leaders upset. There is no way more documents or more conversations will achieve anything. We just had a Black research all hands with such an emotional show of exasperation. Do you know what happened since? Silencing in the most fundamental way possible.”

However, the fight for a future with more ethical AI will live on. Organizations including Black in AI (co-founded by Timnit), Data for Black Lives, and Algorithmic Justice League will continue to examine the way AI that infiltrates our lives, asking the necessary questions and exposing its harmful biases. To the world of AI ethics, Dr Timnit Gebru’s groundbreaking research remains impactful. Her influence and outspokenness have ignited meaningful conversations, informed policy and affected change.