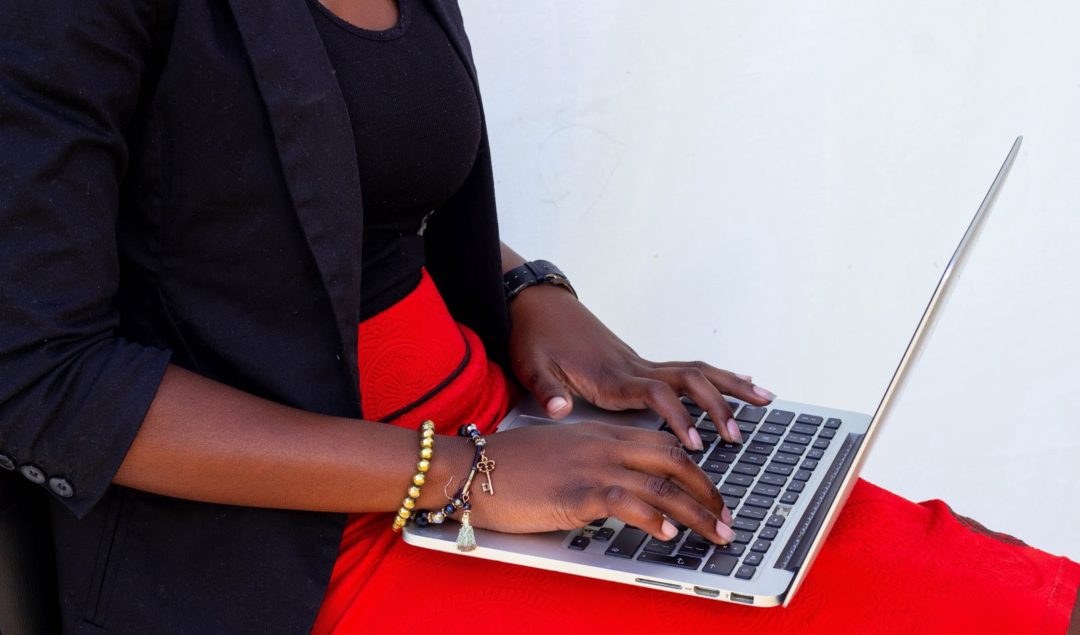 A recent National Center for Women & Information Technology “By the Numbers” report puts Black women in computing in 2018 at 3% — and this statistic does not make a distinction between technical and nontechnical women in computing. Of the overall U.S. population, roughly 4.5% identify as LGBT. Since it’s incredibly hard to find industry-wide statistics on LGBT folks in tech, let’s take an extremely optimistic view and assume 4.5% of people in computing are LGBT. Combining these two percentages tells us that .00135% of the computing workforce identifies as Black, queer, and female.

And remember, this is an extremely back-of-the-napkin calculation that does not distinguish between technical and nontechnical women, and uses an almost certainly incorrectly optimistic estimation of the percentage of LGBT folks in tech.

But beyond these numbers, all of this matters because the lived experience of being such an extreme unicorn can teach all of us what not to do around the buzzword topics of “diversity” and “inclusion.”

Let’s start with the most obvious problem here. All of these questions ask us, the individuals holding a marginalized identity, to explain and usually defend our lived experience. There are so many reasons this shouldn’t happen, but the most pressing is that this doubles the amount of work it takes for us to even exist in this space. Queer black women in tech already experience countless daily microaggressions that come from being visibly different in the workplace. Ask us any of the questions above and then we also have to argue that our differences are valid and perform an incredible amount of emotional labor of responding to these questions or pushing back against the fact that we’re being asked these questions at all.

These questions are not word-for-word, but they capture the essence of questions that I have received from folks in and out of the tech industry, from friends to co-workers, to managers, and far beyond.

My experience as a woman on an all-male team lasted about 15 months. It wasn’t all that bad at first. Folks were excited to listen to my technical ideas, hear my personal stories, teach me how we do things here.

Then I passed the six-month mark, the point at this particular tech company where you’re expected to know roughly what you’re doing and be able to contribute at the same level as your co-workers. And suddenly I began having to repeat myself in planning meetings for anyone to notice I had spoken. At lunch, it was blindingly clear by that point that I didn’t have anything to contribute to conversations about racing cars and destination weddings, so my co-workers stopped inviting me to meals. I resorted entirely to online methods of communicating about technical problems because every word I said out loud would be hyperscrutinized by every individual within earshot.

At some point, my manager asked me how things were going, and I let him know the difficulties I was having. I pointed out that I was the only woman, and one of the youngest people on the team. I explained how my co-workers did not trust my knowledge, despite extensive proof that I knew exactly what I was doing. And he asked, “Are you speaking up enough? I notice you are often quiet in group conversations; maybe you need to insert yourself more so folks know they can have conversations with you as well.”

All of these questions ask us, the individuals holding a marginalized identity, to explain and usually defend our lived experience.

The person who had been in nearly every group conversation where I had been spoken over, whose job it was to pay attention to my experience, and make sure I could contribute at the fullest capacity possible, who had time and time again said he understood the struggles of being other (because he was a foreign nonwhite person living in the U.S.) his first question put the onus of change squarely on my shoulders.

Perhaps all of this was because I am a woman; perhaps none of it is. My point is that it is an experience that is not at all unique to me. Rather, it is one that many (if not most) folks in tech have when they are not cis men.

2. Did this happen because you are Black or is it just that you’re Black and this happened?

Over the course of my life — slightly shorter than a quarter-century — I’ve asked myself countless times:

Tech has been no different. And in bringing up The Race Question with co-workers and managers in several companies — folks who are, themselves, Black and white and several other races — I’ve been surprised at the responses.

Almost universally, regardless of the race of the person I’m speaking with, I’m asked “‘Are you sure? Are you sure this has to do with race?” Even other Black folks, other Black women in and out of tech, have flinched away from my presentation of race as part of the reason I struggle in ways my non-Black co-workers do not.

Since it is challenging to identify the exact reason I may have been criticized at a higher rate than my co-workers, let’s not even focus on that. Rather, let’s focus on why folks push back on my assertion of my racial identity affecting how I’m treated in the workplace. Of course, my race affects my work — because humans are primarily visual creatures, our visual presentation (race frequently being one of the most immediately obvious) is one of the primary ways we are categorized. Why pretend otherwise?

The only answer I can think of is that pretending that Blackness doesn’t factor into my experience in the workplace means that my co-workers, managers, and beyond don’t have to consider how to change a pervasive, difficult-to-tackle culture that allows for racially-motivated differences in treatment. Race-based mistreatment or inequality is, in my opinion, one of the hardest cultural problems to admit to and then change. It’s the easiest to ignore when you’re not the target, the most uncomfortable to accept on a personal level, especially if this acceptance would hold you personally accountable to change. It usually requires such a drastic cultural change that the easiest solution is to pretend race simply doesn’t affect anything.

Queer black women in tech already experience countless daily microaggressions that come from being visibly different in the workplace.

But the question itself — are you sure it’s about race? — and with it, the clear hope that my Blackness doesn’t have to do with the issue at hand, lets me know right away that I will have to fight to have my concerns even acknowledged as legitimate. It tells me that I do not have an ally who believes in the words I say.

Again, whether or not I am right in the end is not really the issue. The issue is more that I have to fight to have my experience believed in a way that other folks simply don’t — and that this is a part of my daily experience in the workplace as much as are any of the engineering problems I face.

3. How do we improve diversity statistics at <insert your tech company here>?

First, let me ask this:

Are you, midlevel manager or tech giant CEO, going to your white male employees and asking them how we improve diversity statistics?

No? Well, then, don’t ask me how we can improve diversity unless you are going to pay me to answer this question. That’s unpaid labor, and you can learn more about that by reading “The Techies Project And Why Unpaid Labor for Diversity in Tech Needs to Stop” and “Whose Job Is It to D&I Anyway?” If you’re asking me for this work simply because I hold identities similar to the ones you hope to hire, that’s just a bad reason. It also makes me more susceptible to burnout, and less inclined to help in any way.

If I know I’m going to be bringing other black folks (or queer folks, or women, or any mix of the three) into an environment where the many invaluable nontechnical contributions they will be expected to make will be unpaid and unappreciated, I’m not going to tell them to come. There are many reasons Black Twitter exists. One of them is that folks holding often-exploited identities know how to band together and support one another — and we will never willingly lead each other into harm’s way.

As a side note, that solidarity is why I will never again work on a team that does not have a single Black woman, queer person, or QTPOC-identifying individual — I have been the first and often only in a toxic environment one too many times already.

My identities do not exist in a silo

For me, it is not about how my identities as a Black, queer, and female software engineer exist separately. It’s about how they exist together. It’s about the exhaustion that I experience on a daily basis as I try to figure out if it is my femininity or my Blackness that contributes more to my non-Black male co-workers speaking over me; if it’s the visible queerness or the slang I slip into with QTPOC friends that makes my co-workers avoid my eyes in the cafe; if it’s my ideas or my image that need improvement in the eyes of my teammates who don’t quite trust me.

In a world where my co-workers had no implicit biases, I could trust their words without a second thought. They could give me critical feedback and I could take it at face value. But when I have to wade through a syrup of social and political confusion before I can even get to the technical questions at hand, it decreases my ability to be fully present and effective at work and increases my stress level from all sides.

So why does it matter?

Why is this collection of thoughts on womanhood, Blackness, and diversity important?

If you have ever had even a passing thought about the experiences of women in tech, racial minorities in white male-dominated spaces, or the “general diversity issues” that seem to plague every company in America, it can only help for you to be exposed to the viewpoints of more folks whose voices you don’t traditionally hear.

Hopefully, you also get a little more compassion for experiences like mine. Hopefully, you understand a little better that being a Black queer female software engineer is not just about the interesting and challenging technical problems tech companies are solving, but also about countless hours of struggle over social and political issues that are rarely, if ever, recognized within tech companies themselves.

Hopefully, you learned something you’ll remember. And then you’ll use it to help change the world. 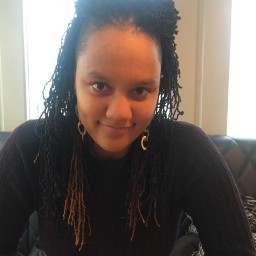