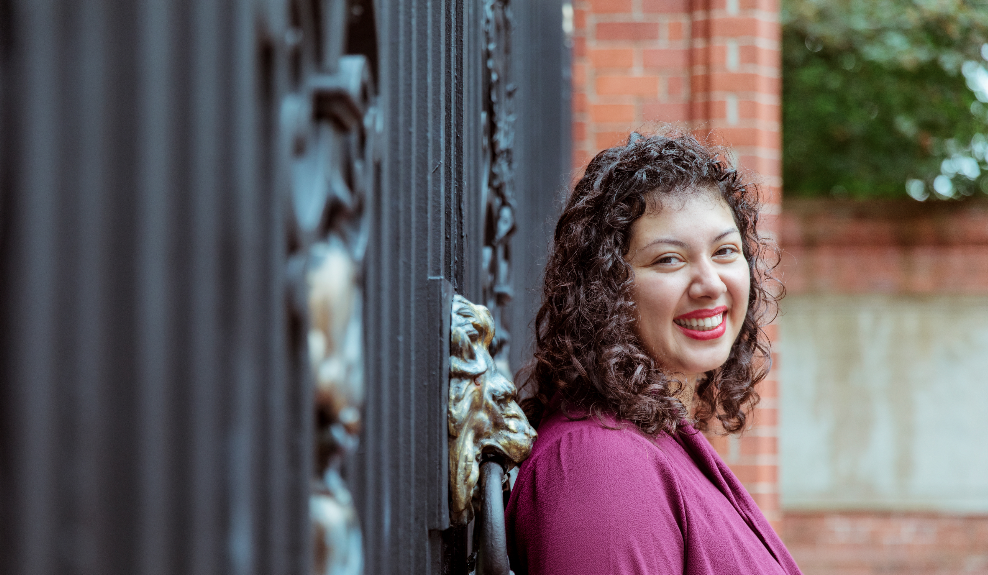 Victoria Chávez’s teenage rebellion was taking computer science as an elective in high school. Her mother and grandmother had immigrated from Guatemala to Chicago for a better life for Victoria and had no idea what computer science was, but they noticed that people working with computers on television did not look like Victoria. They were hoping she might become a doctor. But Victoria was “blown away by all the cool things [she] could do through programming and by the sequential thinking and amazing problem solving it entailed. As frustrating as debugging was, it was the most rewarding academic challenge [she] had ever encountered.”

Despite her family’s trepidation about her newfound passion, Victoria was hooked. When her teacher unassigned a complex hangman game as “too hard” for the students, Victoria kept at working at it for months until she got her code to work.

She remembers being so happy that she cried. Victoria advocates that persistence and patience in problem-solving are essential.

A Sense of Responsibility

Victoria shares a deep feeling of responsibility to help others. At her first Hackathon, she developed an SMS-based app called SNAPy that would tell users which stores accept food stamps. The idea came from her own experiences growing up.

Her recent work continues her desire to make a positive difference. Victoria is a research intern at Computer Science for Rhode Island (CS4RI) while working on a master’s degree in Urban Education Policy at Brown University. She is looking at ways to make computer science, as well as education technologies, more accessible to students with disabilities, including ways to integrate universal design into the CS curriculum. She has found that a lack of awareness of different forms of disabilities, as well as a lack of resources, hinders this process.

Victoria has advice for future engineers:

“Take care of yourself and find a support system. Hard work takes a toll on mental and physical health. You need to find people who have the same values and can help you get through the obstacles and struggles. You can help them too.”

The Power of Mistakes

Victoria feels lucky to have friends and mentors to help lift her spirits, remind her of her goals, and give her permission to have a bad day or two. She also learned the value of making mistakes and learning from them.

“You WILL make mistakes, learn from them and correct for the next time. No matter how much you know, there’s always something you don’t know. You have to be comfortable with that and with others calling you out on that and learning from it.”

Victoria is proud to be paving the way for future females in tech and encourages other women to do the same. One example is being an active member of NCWIT’s Technolochicas community, inspiring Latinas to create the future of tech.

Her mother and grandmother still don’t understand what computer science is, but they love how happy it makes Victoria and all the wonderful opportunities it has brought her way.

Building Intersectionality Into Your Hiring Strategy