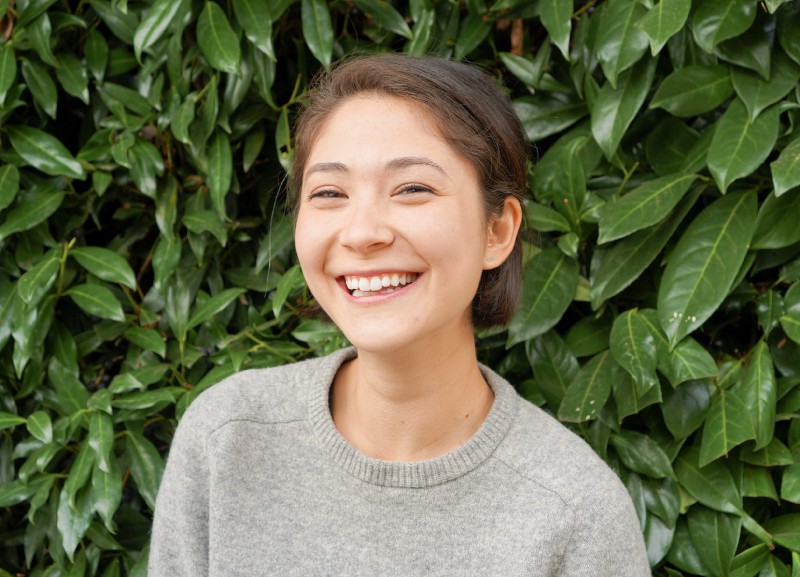 “The most important thing is knowing that it’s going to be hard and that you’ll learn something every day. Over time, being patient enough for that to play out lets you get so far.”

This was surely the case for Zorah Fung, who grew up with a passion for the arts; she played the guitar, bassoon and piano and even dreamed of becoming a graphic designer for Nickelodeon. Despite both of her parents being programmers, becoming a software engineer had been the last thing on her mind.

But as the years went by, Zorah’s curiosity and interest in math and puzzles carried into her undergraduate years at the University of Washington. When an introductory psychology class didn’t fit into her schedule, she resorted to taking a coding class that would fulfill her statistics major requirement.

“I know you go to college to find what you’re interested in but you don’t always plan out how that’s going to happen,” Zorah says. “It turned out that I loved it, and I found myself doing my programming homework to cheer myself up when I was having a bad day.”

After promptly switching to a computer science major, Zorah worked to build upon her experiences. She became chair of ACM-W, or the Association of Computing Machinery’s women’s chapter. Over the course of her undergraduate school years, she worked as an intern for Google Chat in Kirkland, Washington and Google Docs in New York City. Zorah also worked as a research assistant at UW in the computer science department and volunteered at a middle school to help young students learn web development.

Zorah says a great aspect of her working life involved passing on her acquired hard skills to younger people. As a teacher and lecturer for UW’s introductory programming series, Zorah catered to the needs of over 1,000 undergraduate students for over two years. (Not to mention that at age 23, she was the youngest faculty member on campus!)

While obtaining her master’s degree in computer science from the University of Washington, Zorah crossed paths with Sift Science CEO Jason Tan, who convinced her to interview for the company. Despite considering a third internship with Google, she was won over by the smaller company size and close-knit team.

Zorah now works as a full-time software engineer at Sift Science, a digital trust and safety partnership that uses machine learning technology to help online businesses prevent fraud. She works on the customer-facing aspects of their product, including an application that fraud analysts use to investigate and understand potentially fraudulent behavior on their websites. Zorah also works with REST APIs, which aggregate and serve customers’ data, and a data processing service that allows customers to make automated business decisions.

“I work with some really smart and kind people… Working at a small company gives me a lot of insight, and even the ability to provide input, on what we build and why we’re building it, in addition to how we build it,” Zorah says. “Engineering allows me to focus on growing my own technical skills… and it feels good to be helping [the analysts] and doing something important: stopping fraud.”

Like any woman in STEM, Zorah’s path to her current job included overcoming some obstacles and challenges. Her biggest pieces of advice are emulating the work of other empowering individuals and asking lots of questions.

“Role models are proof that what they do can be done, and can be done by you,” Zorah says. “For every seemingly trivial roadblock that still takes a lot of time to get through, I gain a new tool in my toolkit for the future.”

Zorah continues to take on challenges by pursuing her passion for teaching alongside her full time job. She plans on teaching a weekly seminar at the University of Washington this fall, covering various topics from exploring social impacts of technology to understanding how RSA encryption works. Her motivation to teach on the side stems from her appreciation for hard-working aspiring female engineers.

“I’ve had a lot of young women come up to me and say that it’s really empowering to have a young female teacher,” she says. “That’s been the main rewarding factor for me.”