By wogrammer October 23, 2018 in Interviews, Learn To Code, Main, WOC No Comments 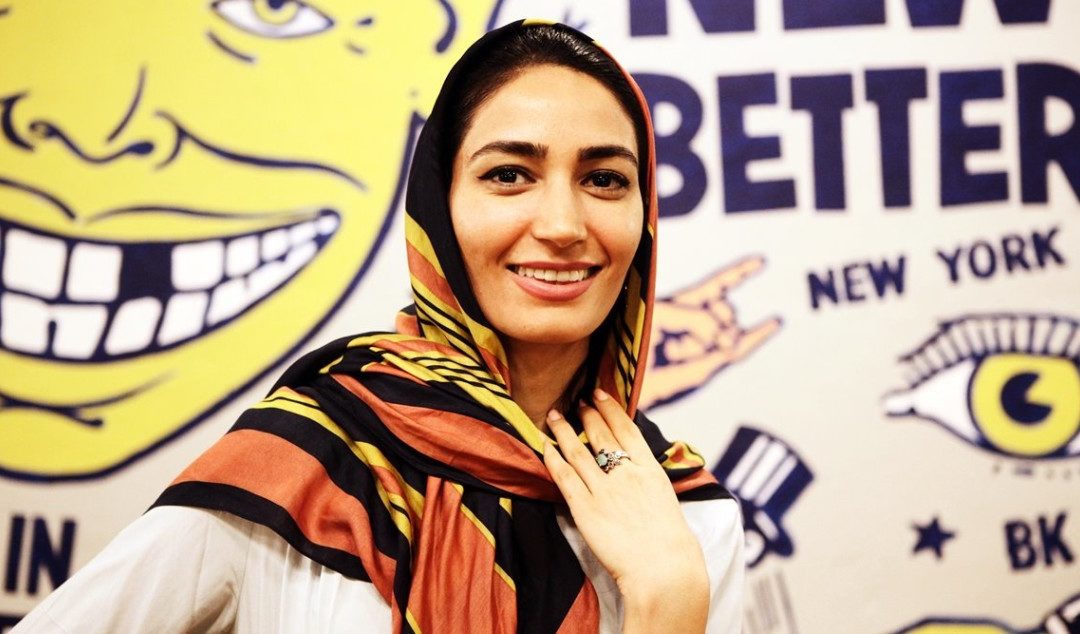 “From a young age, I always learned to look at the situation that you’re in and consider what a faster, more innovative approach is.” This mindset has guided Fereshteh Forough on a pretty remarkable path, launching Code to Inspire, the first coding school for girls in Afghanistan.

While a deep passion for rebuilding Afghanistan drives Fereshteh, she was born in a refugee camp in Iran. Her parents were forced to leave Afghanistan after the Soviet invasion in the early 1980s, and the first time she stepped foot in her home country was when she was 16 years old.

Her motivation for supporting girls and women sprang from her first role model — her mother. “My mom was a role model to me from a very young age. Having eight kids in our family, she taught herself to stitch and together with a group of women from our community began a business making shirts. When she started they didn’t even have a sewing machine, yet through hard work, they made money, invested in a machine, and were able to grow their business. Financially supporting our family was deeply empowering for her. She was able to buy us more school supplies and support us in our educational path. That’s how she became an entrepreneur, and I learned from her.”

What Fereshteh realized early on that financial independence is a critical element of empowering women and girls. Code to Inspire equips young women with the technical literacy needed to get a good job and achieve that goal.

Her path to computer science revealed itself through strong performance on university entrance exams. “I always enjoyed literature, and during high school, I dreamed of being a lawyer or a journalist. However, after completing the rigorous university entrance exam, the admissions team decided I should pursue computer science.” Growing up with limited electricity at home and no access to computers and the internet, this opened up a whole new world for her. “Initially I was terrified and told my parents that I’m not going to major in CS. They reassured me and told me to give it a week.” Sure enough, her initial reluctance quickly faded and gave way to a passion for programming.

“After the second day, where the professor introduced programming and algorithms I was hooked. We were coding in QBasic and it seemed like a puzzle or a game. I really liked the critical thinking and creativity part of it.”

Another important aspect of her success in computer science was her proficiency in English. “The CS courses were all taught in English; however many students were struggling with the language barrier. So in partnership with the Technical University of Berlin, a couple of professors began teaching CS tutorials in Farsi and Dari. Given my strong English, I was selected to be one of the first female mentors for the Java course.” What began as an opportunity to share her knowledge with fellow students lead to a scholarship to pursue her masters in Berlin.

“I really loved Berlin. For sure I wanted to travel the world and see more, but Afghanistan was always that part of my life that I wanted to be attached to. I wanted to go back and give back, share my experience and my knowledge.”

That deep commitment to giving back to her country combined with her passion for empowering women became the founding principles for Code To Inspire. “We are all about grassroots change. To see the transformation in these girls is incredible. They come to our program very shy, having never touched a computer, and now they are very confident, tweeting every day about their work and getting paid jobs. We show them there are more opportunities for them to use tech as a tool to be in a better financial situation.” Samira Ansaryis a perfect example — through the Code to Inspire program she not only learned to code but she gained the confidence to convince local farmers to let her build their website. “And she got paid $200 for that work. For me, that was such an interesting moment to see how a 12th-grade student can go and talk to men. They can trust women, convince them and get paid.”

There are several examples of student projects in the Code to Inspire Google Play store, including Afghan Backpack, an app that highlights the hidden, beautiful side of Afghanistan.

When asked what she is most proud of, she says “all of our students. Each of them — when I check our Twitter account, I see 10–15 tweets/day from our students about projects. These girls were shy to be online and talk about their work; now they are so confident.”

Beyond building technical literacy and improved job prospects, these girls are shifting the perspective of women in Afghanistan. “We use social media to our benefit. Every other day I post a project or graphic design work that our students have created.” These projects have attracted the attention and praise across the community. “Many men have reached out to support and mentor our girls. This is shifting the perspective men have on what women and girls are capable of. We found it very constructive.”

These girls are working together to rebuild their country, which has dealt with political unrest for decades.

“Afghanistan 2.0 for me is about global citizenship, connectivity and financial inclusion of women.”

When asked what advice she would give others, she shares that “a lot of great work can start with empty hands. It doesn’t matter what you have or where you are. The most important thing is that you have faith in yourself.”