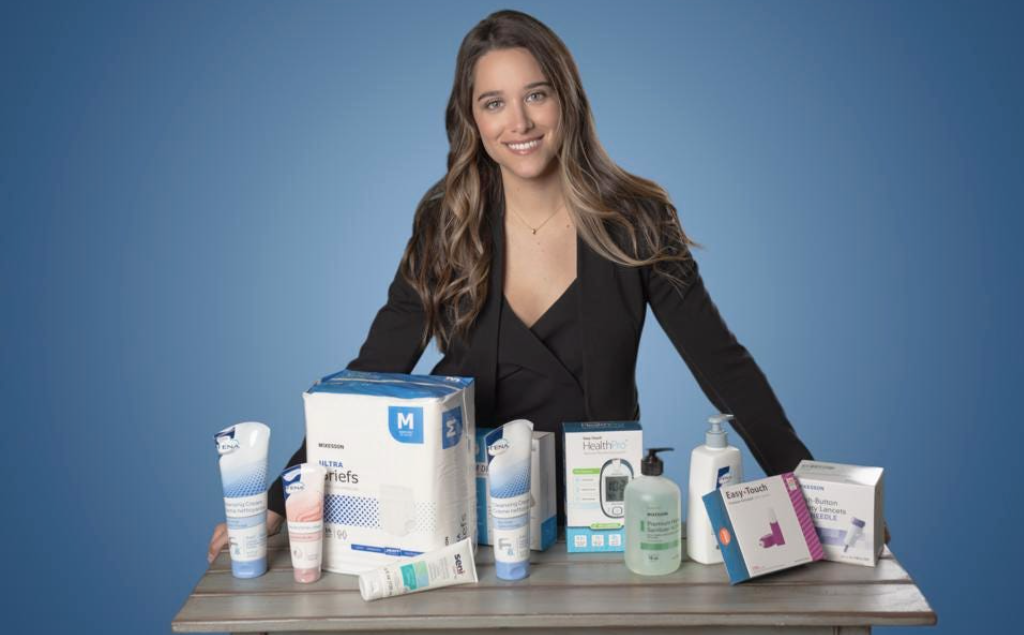 The US elderly population is projected to nearly double to 90 million by 2050 as more eldercare shifts from institutions to the home where the family can take care of them. But most of the current 53 million caregivers are ill-prepared for their responsibilities and struggle to balance both their jobs, children and taking care of those in need.

Bianca Padilla saw a gap in the market and together with her husband Jonathan Magolnick they launched Carewell, the leading e-commerce resource for caregivers.

The inspiration for the firm came when Padilla and her mother became unexpected caregivers when her grandmother had major surgery, leaving her immobile.

This put her in a sticky situation because she already had a full-time job and her career as a software engineer at a Miami startup was just taking off.

She told Forbes in a recent interview that she was desperate for advice and guidance on how to navigate the predicement. Padilla felt there was little in the way of vetted products, product knowledge, guidance, and service to informal caregivers, to help them care for loved ones.

Then Carewell was launched.

The service streamlines the care process by educating the 53 million caregivers nationwide while providing them with the right tools and products needed to provide adequate care.  Ten percent of Carewell’s customers care for loved ones suffering from Alzheimer’s.

Now, the company that was started in 2017 with just Padilla and Magolnick’s savings — they sold a car in order to help fund their dream — has raised $30 million to date in venture capital and ranked No. 74 on Inc.’s 5000 Fastest-Growing Private Companies.

This is extremely impressive because Black and Latinx female founders received less than 1% of venture capital funding, according to ProjectDiane 2020: The State of Black and Latinx Women Founders.

Their hard work earned the company 350% year over year growth between 2016 and 2020, according to Forbes.

Here are other Latinx and Black founded tech companies focused on helping the elderly.

Grayce, which offers virtual one-on-one caregiver support as a benefit to employers, raised its first substantial amount of funding, over $3 million, in summer 2020.

For Kassidee Kipp, co-founder of Grayce, the mission is personal. Kipp took care of her mother when she was suffering from Parkinson’s disease, flying from San Francisco to her hometown of El Paso, Texas, every weekend to help.

Grayce, which employers can purchase as an employee benefit, pairs individuals with specialists — mostly licensed clinical social workers and geriatric care managers — to help them navigate aging and elderly care.

Caregiving is a hidden problem in the workforce,” said Kipp, who has worked for Google and early-stage tech startups. “People tend to hide it because they think it will be damaging to their career. I felt like I was failing at being an employee and a daughter,” she told The Exchange Story.

Meetcaregivers, a Boston-based marketplace for seniors, which connects and matches seniors with caregivers, announced an investment totaling over $1 million from a handful of investors last year.

The round included people from MassMutual through the MM Catalyst Fund, 37Angels, Golden Seeds, and TiE-Boston Angels.

Meetcaregivers facilitates the process of picking a caregiver by matching seniors with their ideal caregiver based on care needs, interest, personality, schedule, and other essential criteria.

It says its innovative and careful approach to selection lowers the caregiver turnover rate to less than 30%, compared to the industry average of 82%. The process results in increased satisfaction for patients and reduced costs for families, providers, and the health system.

The firm was fouded by Florence Furaha.