By Abbianca Makoni September 28, 2021 in Latinx, Main No Comments 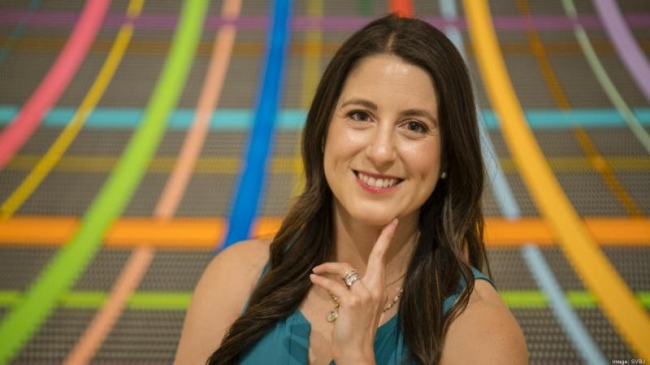 Board Member at ‘Latinas in Tech’ Pamela Lujan, who also works at firm Oportun, is helping pave the way for those in the community that wants to get into the tech scene.

In her interview with the organization, where she also works as a secretary, the recent ‘Top 40 under 40’ honoree said it “takes a village” to make a difference in the industry and elevate the community.

Currently, Black and Latino people are being “left out” of the tech industry, and big firms like Google still have a lot of work to do when it comes to creating a diverse workforce.

Last year the tech giant published the racial and gender breakdown of its workforce – the numbers revealed an industry dominated by white and Asian men.

But the problem is not a lack of qualified candidates, but the companies’ unwillingness to open the door, according to Bari Williams, the head of legal at Human Interest, a financial services startup.

Ms. Lujan and the rest of the team at Latinas in Tech, however, are here to make a difference. The not-for-profit organization has a mission to connect, support, and empower Latinas working in the industry through training, resources, networking, and more.

Here are a few things Pamela would like changed in the industry and what advice she’d give to those looking to take the plunge.

Be curious don’t be afraid to share your thoughts and opinions. Bringing different perspectives to the table helps open up the conversation and encourage others to consider different points of view. This ultimately helps companies and teams make better decisions.

I believe that having a support system to rely on is key for any professional, especially for Latinas given that our culture deeply values community. Having mentors, sponsors, role models and access to a network and support system can really make a difference in the professional lives of Latinas. ERGs help serve as those communities for employees.

I would love to see more Latinas and more women win awards such as the “Silicon Valley 40 under 40 award.” I think that seeing other women who look like you be recognized for their work and their involvement in important initiatives helps motivate future generations of women and Latinas in technology, Latinas working for technology companies and Latinas working in STEM to continue to get involved in their communities and in their professions, elevating and advancing others on their way up.