By Abbianca Makoni November 22, 2021 in Community, Main, Society No Comments

Meet Hosanna Hali, The Social Media Influencer And Tech Genius, Educating Young People About Their Options In The Sector 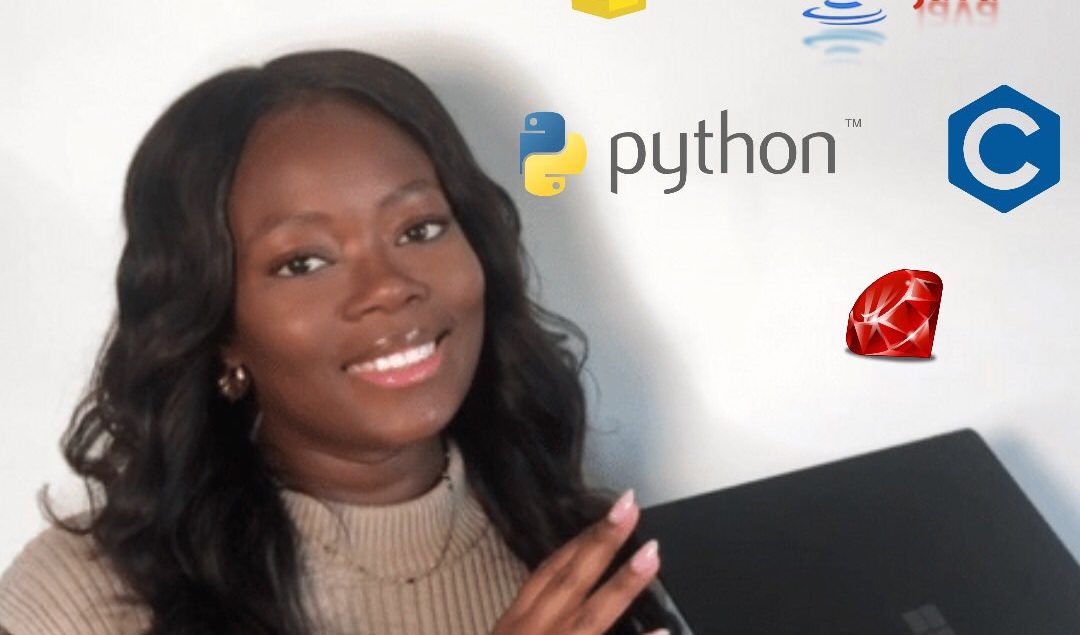 Hosanna Hali, also well-known as the fairy tech mother, is a technology strategist at Microsoft and the founder of her own platform, “The Tech Cornr” which she uses to give advice on how to get into the industry.

The 26-year-old Londoner sat down with POCIT to give the rundown on all things tech and social media.

Okay, so let’s get straight into it. You’ve got almost 35K followers on social media and you’ve built a loyal community of tech lovers who turn to you for advice about the industry..had you always known that you wanted to get into this industry?

“My tech journey started during my masters degree. I had always planned to do a masters when I finished my first degree but the plan was to do it in finance because I did a business undergrad, so for me, it just made sense to follow up with a finance one.

“But when I was looking at degrees, I realized I wasn’t really interested in finance as much as I thought I was but luckily my university was doing conversion degrees – so kind of like the GD… similar to what people get to do for law – and they were basically doing it for tech.

“So you could get a masters in tech even if your undergrad was in a non-technical area and that was my journey into the industry.

“I chose to do the masters in Computing and IT. So the aim of the masters was to prepare you to go into a role you wanted in a software engineering type space. But when I finished, I decided I didn’t want to be a software engineer mainly because I had done a lot of career fairs and a few interviews with companies and it just didn’t fit me personally.

“I could do the job but I think more of the lifestyle wasn’t aligned with what I wanted to do.”

Wow, so you’re a woman who can code and do all the technical stuff and yet you decided to get into a non coding specific role. I think that’s really interesting – so what would you say your day to day job is like now?

“Okay, so it looks slightly different now that we are in a pandemic. But typically my day role is focused on essentially driving the consumption and the knowledge and usage of Microsoft Azure, which is our cloud computing service.

“So I am the product lead for that and so I work with a mixture of technical and less technical resources and marketing tools. There is quite a high technical requirement for you to be in the role so you’re expected to take certain certifications and stuff like that for you to be fully qualified for the job.

“During the day to day I support my customers with their journey to the cloud.”

So how did the tech corner come about?

“Since I started at Microsoft, I had done a lot of panels for the early-career community and I also spent a lot of time speaking to universities and I even spoke at my old school because I was really passionate about wanting more people to come into tech, especially from kind of the noncoding perspective.

“And what I found was that people, especially university students, wanted to connect with me on LinkedIn, and they wanted to talk, which I was very happy to do. But then I realized I was kind of seeing the same thing again, and again, and then I thought I might as well start a platform where I can actually speak to people very widely. I got Canva and I started making posts.”

You’re absolutely right because I never knew much about the opportunities in tech outside the coding space as well – so a platform explaining all that is very useful. And what are three things that you know now that I guess you didn’t know before?

“There are lots more noncoding roles than I actually originally knew and number two, I learned that there are a lot fewer people of color and black people in tech than I thought there were and lastly one thing that I have learned is the job salary difference between the UK and the US is huge. That has been the absolute biggest eye-opener.”

That’s so funny that you say that, because I think it’s definitely the same with journalism. What advice would you give to aspiring techies from the Black community?

“I would say that you need to work hard but try not to be discouraged by the statistics, and try and see it as an opportunity, there’s less of us, therefore, there is a requirement for more black women, black people, in general, people of color, because at the end of the day, you know, diversity is important and if we do not have diversity in the creation of technology, it will be a huge problem.”

Okay, it’s a tough one, I would say the job I want probably doesn’t exist yet. But I guess if I think about what interests me, probably I might look into the A. I space one day and the creation of it. If I’m not within the technical space, I’d love to be in ethics, which again is very obviously a big part of technology.