By Kumba Kpakima August 18, 2022 in Diversity & Inclusion, Founders, Main, Society Comments Off on Kimberly Bryant Opens Up About Being Ousted From Black Girls CODE

Kimberly Bryant Opens Up About Being Ousted From Black Girls CODE 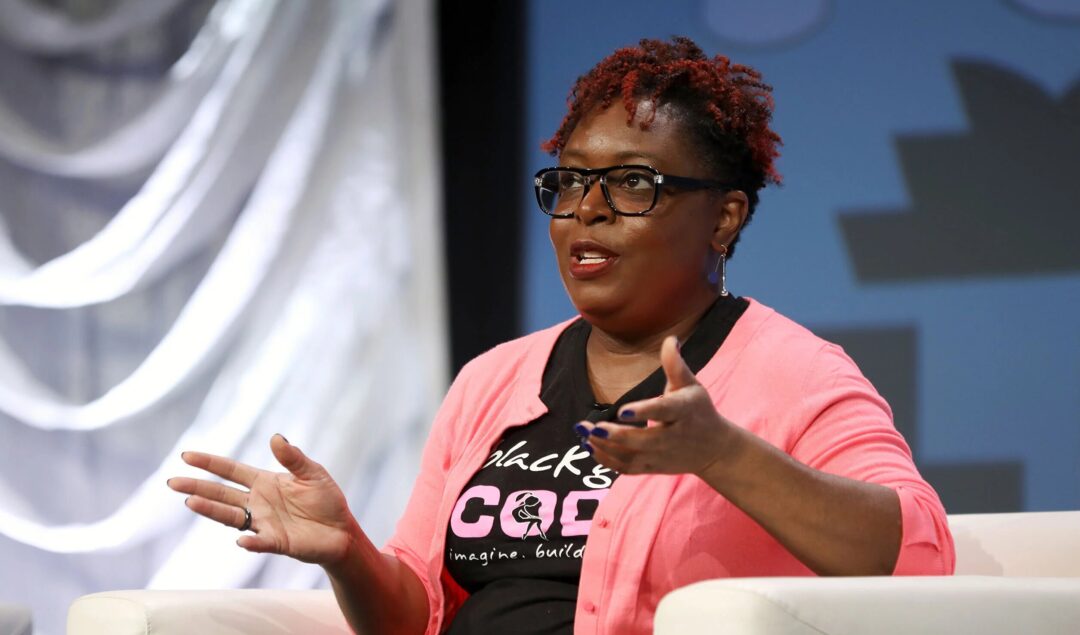 Kimberly Bryant, the co-founder and former CEO of Black Girls CODE, has spoken up after officially being removed from her leadership position.

Bryant founded Black Girls CODE in 2011 to introduce young girls of color to computer science and increase the number of women of color in the digital technology space. Today, the nonprofit is a household name with chapters across the US and other countries.

However, Bryant reported waking up last December to discover that she could no longer access her work email. She soon received a letter informing her that she had been suspended.

The organization’s board of directors said they formed a special committee and placed Bryant on paid administrative leave “to ensure a full and fair review process.” At the same time, they investigated allegations of “workplace impropriety.”

AfroTech’s former employees and volunteers accused Bryant of having an abusive leadership style “rooted in fear.” One employee even reported that Byrant had told them: “You’re not living up to my expectations of what you should be.”

Earlier this month, Black Girls CODE announced that they have officially removed Bryant from the organization. The announcement follows Bryant’s own move to take ownership of the narrative.

The Business Insider reports that Bryant has filed a suit in federal court against Black Girls CODE, alleging that she was wrongfully suspended. She also accuses several board members of trying to use the nonprofit’s funds for personal gain.

In a Twitter post, Bryant expressed her frustration, alleging she was never offered severance and healthcare assistance, despite building the organization from the ground up and managing the day-to-day responsibilities for over ten years.

“No severance offered, no healthcare assistance offered, and non-payment of banked vacation. Sure not all of the above is “mandatory,” but we definitely offer it to others, and vacation pay-out is mandated by law.”

According to the Insider, Black Girls CODE has denied Bryant’s allegations and has filed a motion to dismiss Bryant’s defamation claims.

A Black Girls Code spokesperson told POCIT: “The Board believes the decision to remove Ms. Bryant as CEO and as a board member is in the best interests of the organization, the girls it serves, its employees, and its donors. BGC has been focusing its efforts on moving forward and expanding on the success of the organization since its inception.”

The article was edited on 18th August to include a statement from BGC.