By Abbianca Makoni November 18, 2021 in Founders, Main, Student No Comments 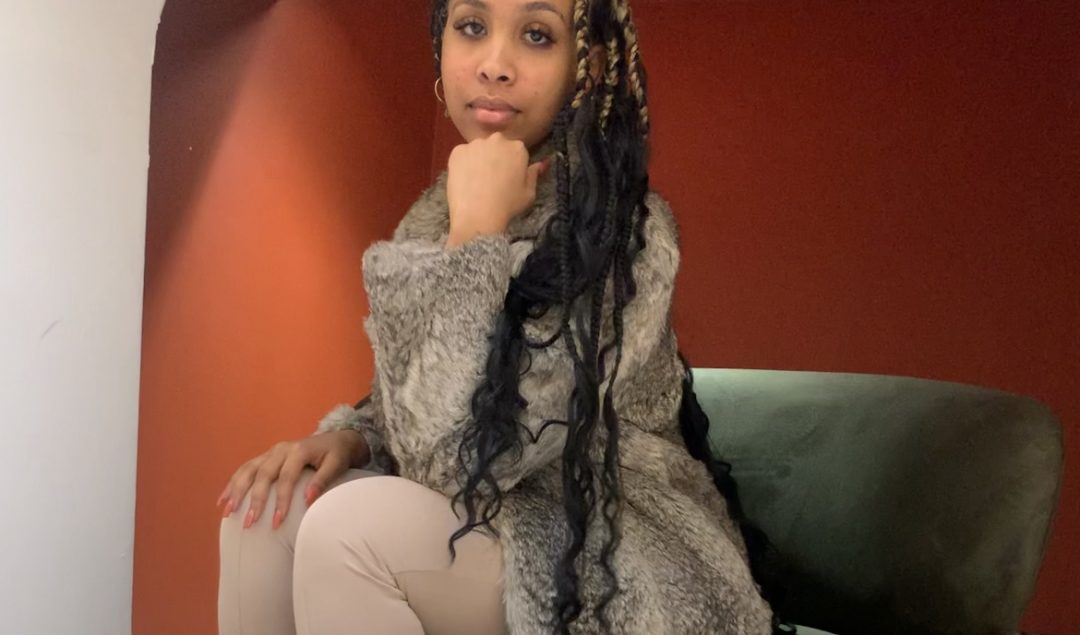 There have been dozens of stories written this year about people that used lockdown as a way to better themselves or to learn a new and beneficial skill but I don’t think many have had the privilege of hearing Asia Sharif’s story.

The proudly Black and Muslim woman is inspiring for many reasons – one being that she is a self-taught ‘Junior Software Engineer and Blockchain Developer’ that used the pandemic as an opportunity to change career paths and teach herself how to code.

The second reason is that she is the co-founder of TechNewbies, an educational technology platform, that helps women and under-represented communities get into the sector.

And the third? She is unapologetically who she is and she refuses to be anyone else.

Asked to describe herself in three words – she said “spontaneous, unique, and entrepreneurial.” These traits helped her be recognized as a rising star in the tech industry by the Globant awards.

When it comes to venture capital (VC) funding in the UK, 69% of tech workers surveyed by Black Tech Fest said they had “observed no change” in funding and investment for Black people in the start-up ecosystem since May 2020.

The picture remains broadly similar when they were asked if tech leaders were doing enough to drive change. So it’s pretty amazing that Asia, despite being new in the industry, has taken the matter into her own hands to help contribute to making change.

Here we sit down with Asia Sharif to learn a bit more about her story.

Had you always known you wanted to get into tech?

I never actually thought about technology up until lockdown, when I was given the opportunity to actually spend some time getting to know myself and finding out what I want to do in the future, and what can actually make a difference and impact.

I thought to myself right now I can’t do that in the fundraising industry because of lockdown. But there must be another way and that’s when I came across technology.

When you then decided to take on this career path – what are the first steps you took?

I actually went straight on LinkedIn and I actually started DM’ing lots of people – anybody that was a software engineer, or a blockchain developer, literally everybody and anybody.

And from then I actually was advised to go on Udemy. So I used Udemy and I did a web development course, did a Python boot camp, and a JavaScript boot camp.

After that, when I realized, yes, this is definitely what I want to do because I just enjoyed it. I then actually went into the Sky Software Engineering Academy, which is over the course of 15 weeks.

I started that in January 2021 and graduated in May 2021. But I still felt like I needed to continue learning so I watched more youtube videos, Udemy courses and watched lots of Harvard lectures – they have free lectures online.

I imagine it wasn’t easy – how did you keep going?

After Sky everybody, like 90% of the BootCamp, actually all got a software engineer role and I was like one of the only ones who didn’t because I didn’t believe in myself at the time. I guess you could say imposter syndrome.

And so I spent a lot of my time developing my leadership, communication, and technical skills through voluntary roles, and obviously, that’s what enabled me to founded Tech Newbies.

One thing that I definitely realized was rejection should not stop you and also like being a woman or a person of color because at first it was very hard but don’t ever stop.

Funny enough the same company that rejected me back in May is the one that’s offered me the job to start in January 2022.

So if it wasn’t for that initial rejection, I honestly don’t think I would have co-founded Tech Newbies, I wouldn’t be trying to launch my own tech startup, hopefully, by February 2022, a blockchain tech startup and I wouldn’t have got my junior software engineer job.

There are quite a few Black people in tech – did that ever stop you or discourage you at all, in terms of, you know, trying to get into the area?

If anything that motivated me so much – being a woman, a Muslim woman, a Black woman, it really motivated me to actually make that difference and to represent the under-represented.

But there was actually a time where my first tech assessment day when I arrived, I decided particular day to wear a headscarf and when I arrived I was the only Muslim woman and there was one other woman of color with me.

But there were eight Caucasian men interviewing for the role too and we had 20 males interviewing us in one room.

We had to spend the whole day there and my dietary requirements were not met – obviously I eat Halal food but that just wasn’t met. I felt completely overwhelmed and isolated, and as a result, I actually ended up having an anxiety attack.

This was very early on in my career – during the summertime.

Thank God I’m a strong woman with a stoic mindset and I told myself I’m not going to allow this to defeat me and no other woman should go through this.

This is why I’ve become an advocate to make sure that women are comfortable even in interview settings and general work environments.

I also want to make sure if your company screams inclusion and diversity, then it should display that in actions not just in words.

When it comes to this particular company – I was just saddened about their lack of education and how poor it was.

I even had one woman ask me if I wanted wine – not once but twice and I had a headscarf on that day. I thought how can you put a Muslim woman in that position – it was quite shocking.

Tell me more about tech newbies?

Tech newbies is dedicated to educating people, especially women and underrepresented people about technology and how to get into tech. Its Tik Tock is tailored to giving advice on how to become a software engineer how to be able to study programming languages, and just a day in the life of me and my co-founders, you know, the software engineering careers.

I would say first thing is, believe in yourself, develop a very strong mindset, whether it’s through books, Ted Talks, meditation, gym prayer, make sure you, first of all, develop that mindset that will enable you to actually face obstacles because leaving your comfort zone is never easy.

And number two, network, network network network. Even if you have to sit on LinkedIn for the whole day and message over 100 software engineers or product managers, whatever it is, you want to get into direct communities because there’s always going to be one person who is willing to give you all their time to help you get to the next step in your career.