By Abbianca Makoni January 24, 2022 in Africa, Main No Comments

From Building Ventilators To Fixing Them: Here Are The Young Inventors That Helped Spearhead Nigeria’s Fight Against Covid-19 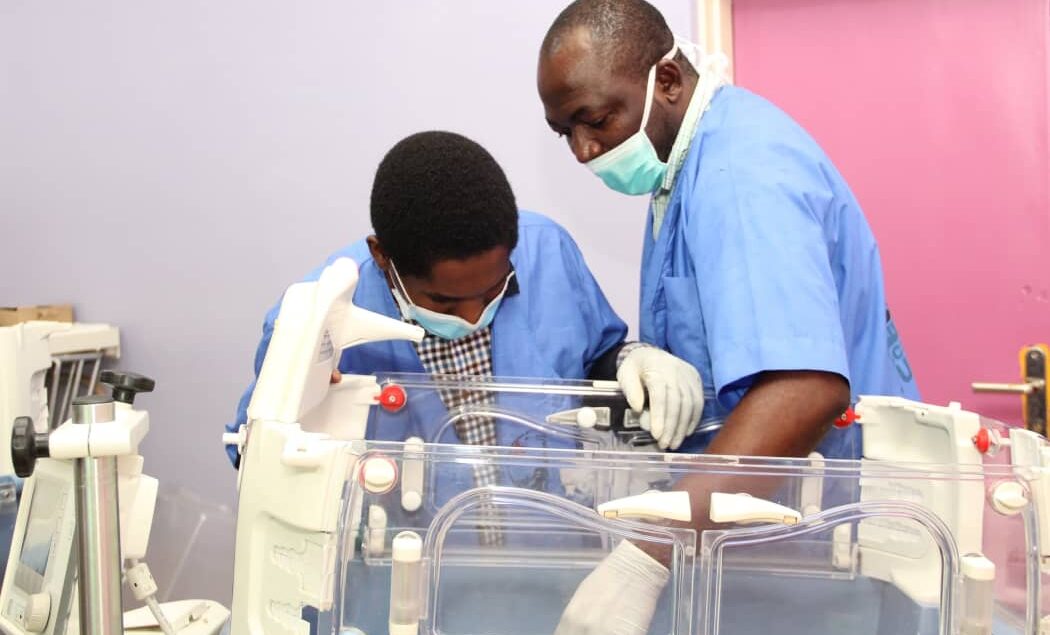 At the time of building the invention – his country – Nigeria reportedly had just 500 ventilators across its 36 states.

In partnership with other Nigerian innovators, Dalhatu, 20, built a local ventilator, which he later transformed into a portable ultra-modern E-vent automatic ventilator. Dalhatu named the equipment RESPIRE-19.

He collaborated with  Dr. Yunusa Muhammad Garba of the Human Anatomy Department, Gombe State University and Aliyu Hassan, a graduate of Mechatronics Engineering.

They all then presented the RESPIRE-19 to the governor of Nigerian State of Gombe, Muhammad Inuwa Yahaya.

Yahaya commended the trio saying: “We are indeed proud of you,” The Punch reported. “If we can go back to the rudiments, pursue and improve on what we have, we can be like Japan and China who utilized their local talents to achieve greatness. We have the brains and intellectual resources to become a reference point like other developed nations.”

But he wasn’t the only one.

The duo both brimming with passion to help their country, started to research on how to construct ventilators.

“I woke up at about 2am, wondering what it would take to make a ventilator. I started to research and found that it’s something I could try. The electrical component was particularly explorable for me so I thought to assemble the mechanical parts from scrapped ventilators and other electronic waste,” said Gyang told MK reporters.

He said, “We went to the Jos university teaching hospital and requested to study their ventilators. They first laughed at us, hearing we wanted to construct one, but eventually thought to give us the benefit of doubts. They led us to three of their broken ventilators and we started to explore.”

Gyang who trained as an electrical engineer along with his friend fixed one of the broken ventilators.

The body of “Bennie Purrie” is made of carbon fibre. This flexible fabric-like material is stronger and lighter than today’s steel and aluminum parts, according to reports by autojosh.

Inside the bonnet is a 2.0-liter engine car that pumps out 130 horsepower. This engine allows the prototype car to go from 0 to 120km/h in 12 seconds.

Over the course of the pandemic, his team tried to invent ventilators.

He shared a video of the prototype on Twitter as he explained the reasons why he decided to develop the ventilator.

“There have been high demands of ventilators around the world. African countries have been faced with the challenge of getting cheap and affordable ventilators. In some cases, you may have the (money) to buy the ventilators but they are not available for purchase,” he said.

“Bennie (his company) came up with the design of making cheaper ventilators, with parts that could easily be accessed within our country,” he said as he demonstrated how his prototype works.

Mr Mallo said that since his team is made up of engineers, a medical team was set up to help scrutinize and put the ventilator through a clinical test.

Plateau State Commissioner for Health, Nimkong Larndam, however, said it was the state government that invested in the ventilator Mr. Mallo is currently displaying, but it doesn’t meet the specification they want.

“It didn’t fit into what we wanted because it is not an ICU ventilator. It is just an ordinary ventilator that can support accident patients who need attention at a critical care center,” Mr Larndam said told PREMIUM TIMES.

“We wanted him to do an ICU ventilator and gave him the specification but he said he has to import some things before he will be able to do that one,” he added.

Sote, An African Supply Chain Company, Raises $4M In A Seed Extension Round