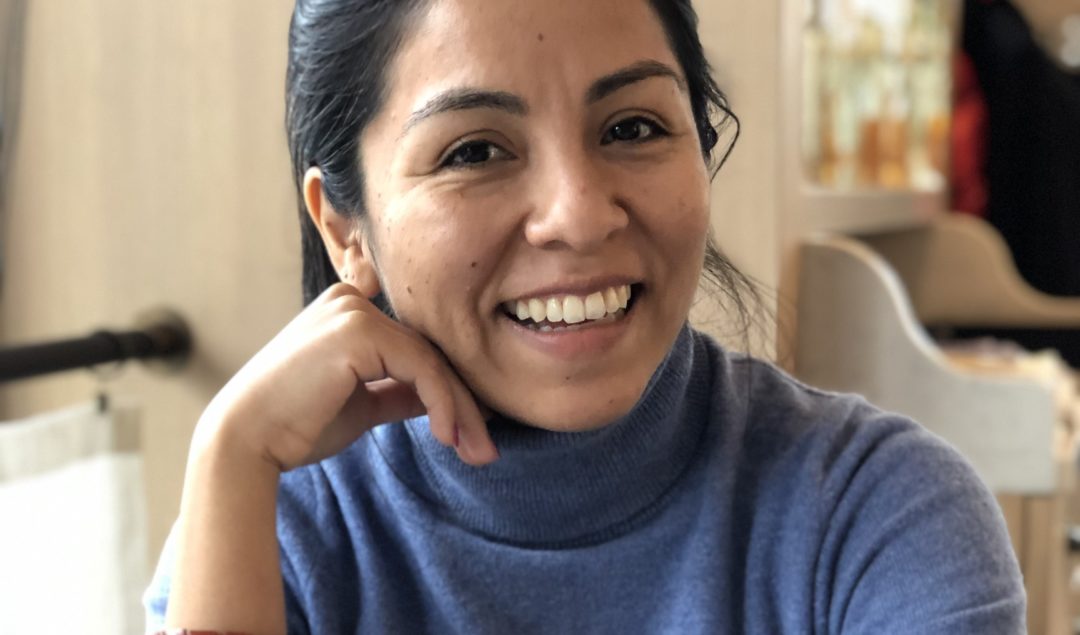 Four years ago, Ana decided to leave her role as a business development consultant and become a software engineer. She caught wind of Women in Technology Peru, an organization that teaches women how to code. Although Ana was always interested in math and science, she grew up in an area of Peru that didn’t provide many opportunities to build upon those foundational STEM skills. However, once she immersed herself in an inspiring local community of female coders, it sparked her decision to attend a three-month coding boot camp in Berlin, where she learned Javascript, HTML, and CSS.

“I’m proud of the fact that I learned three programming languages. My experience has given me a broad understanding of how tech works in different fields, as well as the needs of people who come from different backgrounds.”

Early in her career, Ana also worked with the ReDi School of Digital Integration, a tech education-focused nonprofit that used technology to teach refugee women how to vote. This experience fueled in Ana a desire to deepen her knowledge for the purpose of educating others in the field of study she had come to love so much. Ana is now pursuing an online CS degree from the University of London while also working full-time in the fintech space as a software engineer at solarisBank AG in Berlin.

“I want to get this degree because I want to teach, which is a passion I realized after working with the refugee women in Berlin. It’s a win-win situation if I can learn something while also teaching others.”

While attending the Grace Hopper Conference, Ana was shocked to learn that Latina women represent less than 1% of the tech field. Compelled by the women in her own family who didn’t have easy access or exposure to STEM education, Ana felt inspired to give more of her time to underrepresented communities with a passion for tech.

“My grandma came from an indigenous background and never learned to read, write, and never even had the opportunity to do so. My mother face many challenges to get an engineering education completely alone as a woman in Peru, which inspired me.”

Determined to leave her own inspiring legacy, Ana became the Project Lead for the AnitaB Online Accountability Study, which is a community to empower diverse women to pursue careers in tech. Ana’s community provides an online accountability study group for various types of CS curriculum, as well as mentorship, which Ana believes is paramount to a woman’s journey in STEM.

“Sometimes we just need some human interaction, support, and peer help to push through learning new skills. It’s free and I want more people to know about it. No matter where you are in the world, and no matter if you have money or not, we want to empower you and help you break into tech.”

Ultimately, Ana hopes to continue creating spaces for women to learn new skills, explore their curiosity for technology and broaden their career horizons.