By Abbianca Makoni May 6, 2022 in Break into Tech, Main Comments Off on Why Can’t You Speak Your Language?: How This TikToker Is Helping Nigerians Learn Their Mother-Tongue 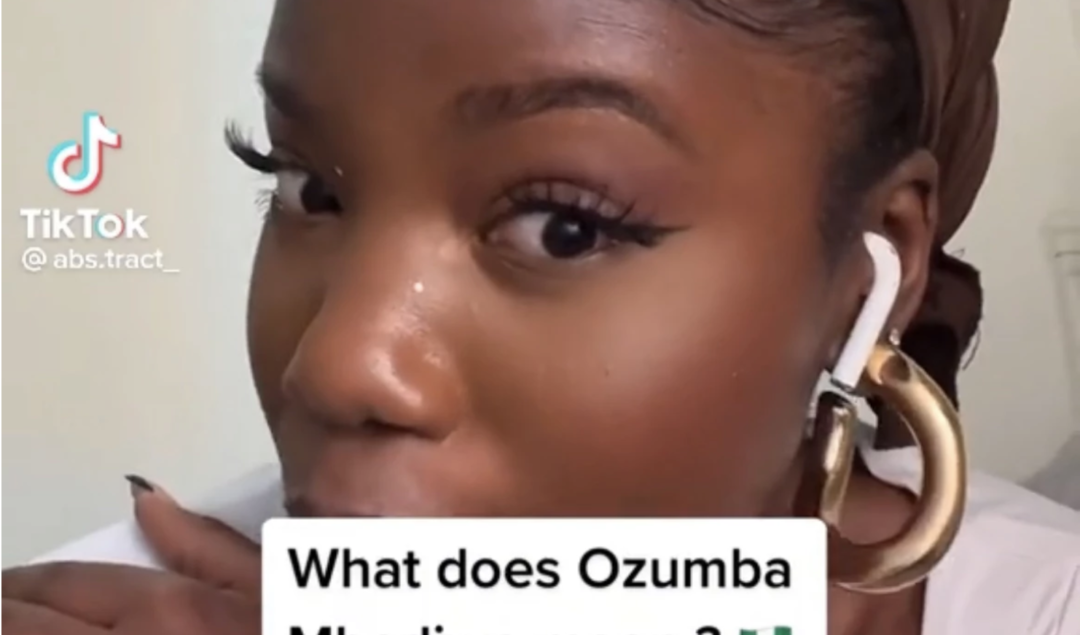 Abibat Adesanya, a Nigerian TikToker, is helping viewers to connect and appreciate their mother-tongue, Yoruba, by making informative videos about the language and Nigerian culture. In short – she’s helping to dismantle the idea that it’s ever ‘too late’ to get in touch with your roots.

Why can’t you speak your language?” A question that sounds so simple but the answer is usually much more complicated. A question that sometimes fills many – mostly those from the diaspora – with fear of ridicule from friends – or worse, family.

But it seems during the pandemic that plunged millions of people into a series of national lockdowns – some decided to use the period to reconnect with their roots.

Whether that was through self-isolating in their ‘home’ country, getting a DNA or ancestral test or re-learning their language – it appears the break away from the ‘fast-paced life’ sparked something in a lot of people.

Quick to jump on the wave – Abibat has now provided a ‘safe haven’ without ridicule for Nigerians desperate to learn their language or more about their home-land. Not all her ‘students’, who turn to her weekly Tiktoks, are rookies but some are just interested in brushing up their skills.

Her short, snappy and jargon-free tutorial videos started in 2020 when she began her journey into helping fellow Nigerians learn about their culture with ‘finish the lyric’ videos, discussing important cultural habits, and hair care for Black women.

“It’s a very tonal language… I just made one video and it resonated with a lot of people, and I got asked to make more and more and it just took off from there,” she said.

During the pandemic, Abibat says she “didn’t feel very welcome as a Black person” a feeling she also felt when she first moved to England and felt embarrassed to speak her language because of the language shaming that strongly exists in the UK.

At a time when she did not feel connected to the country she lived in, it became refreshing to immerse herself in a culture to which she felt more connected.

“If language shaming is something I can help remove through short 30 second tik-tok videos then why not and [it’s important] for the next generation to have something to connect with,” she said, adding, “I started during the end of the lockdown but I think it did help because people really took time to connect with them-selves more.”

“I speak Yoruba…and I know a lot of people who couldn’t speak it and the pandemic allowed everyone to take a more slow-paced approach to life and things that matter to them [like re-learning their language.]

“So I definitely think it [lockdown] had a massive impact.”

Many Nigerians are gaining the confidence to fully be at one with their own culture and roots but they aren’t the only ones.

Arnold Senoga, a 27-year-old project manager from London told Huffington Post “I always understood Luganda because my parents would only speak Luganda to each other still to this day,” he says. “But they never forced us to reply back in Luganda.”

Now he has been teaching himself Luganda for a year on and off . He’s been helped by the Ugandan community on Clubhouse. “There are some aunties in the community who wrote their own books, so I’ve bought them and have been trying to learn through them,” he added.

“I opted for one to one lessons so I can learn at my own pace and ask questions freely,” she says. “My teacher has become like a friend and we banter and I send him videos for him to translate,” she told HP..

It seems apps like Clubhouse, Tiktok and various online communities have become the saving grace for those looking to re-connect and re-learn.

Originally published by Michelle Kennedy’s Awallprintss with permission to re-distribute.