By Abbianca Makoni November 15, 2021 in Break into Tech, Main No Comments 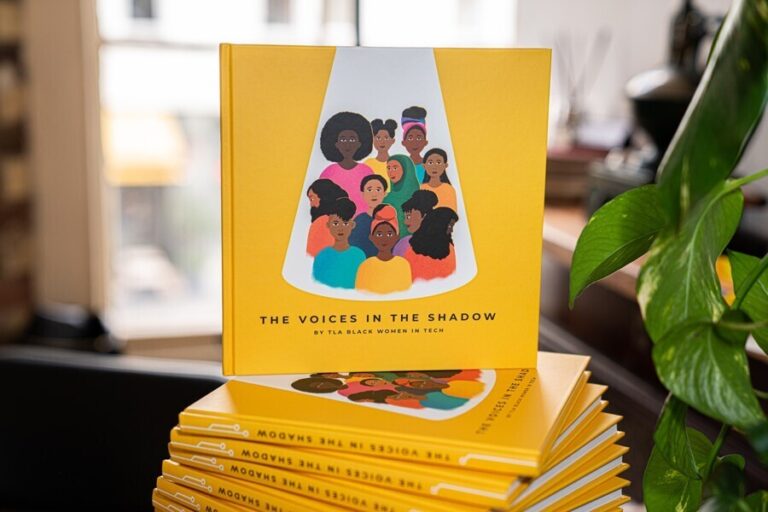 Schools across the UK and Ireland are to receive hundreds of books celebrating Black women in the tech industry to amplify the stories of 51 of them excelling in the sector.

Tech London Advocates (TLA) Black Women in Tech released their first book, ‘The Voices in the Shadow’ at the end of October and pledged to give away their first 300 copies free to students.

According to the BSC (British Computer Society), The Chartered Institute for IT, the representation of women in the tech industry has increased to its highest ever since last summer, rising from rising to 20% from 17%.

Despite a slight increase in the percentage of black women working in IT positions, from 0.3% in 2019 to 0.7% in 2020, they remain heavily under-represented in IT, particularly across other industries where their visibility is 2.5 times higher.

But Flavilla Fongang, founder of the TLA Black Women in Tech, aims to change this picture.

Speaking to The Voice Newspaper, Ms. Fongang said the inspiration behind her new book was to encourage a generation of talented, young black girls who want to pursue a career in the sector.

“I grew up without seeing any aspirational black women besides my mother,” she said. “Moving to London, I saw more successful black people than I ever did in Paris.

“My ambition was elevated as we often only believe in what we see. Without improving representation, the less fortunate are often the ones left with limited aspiration. So, I decided to create this book to revive hope.”