By Abbianca Makoni May 31, 2022 in Break into Tech, Main, Social Media, Society Comments Off on I Create Outstanding YouTube Videos Using My Feet: Isaac Harvey Is Challenging Stereotypes About Disabled People 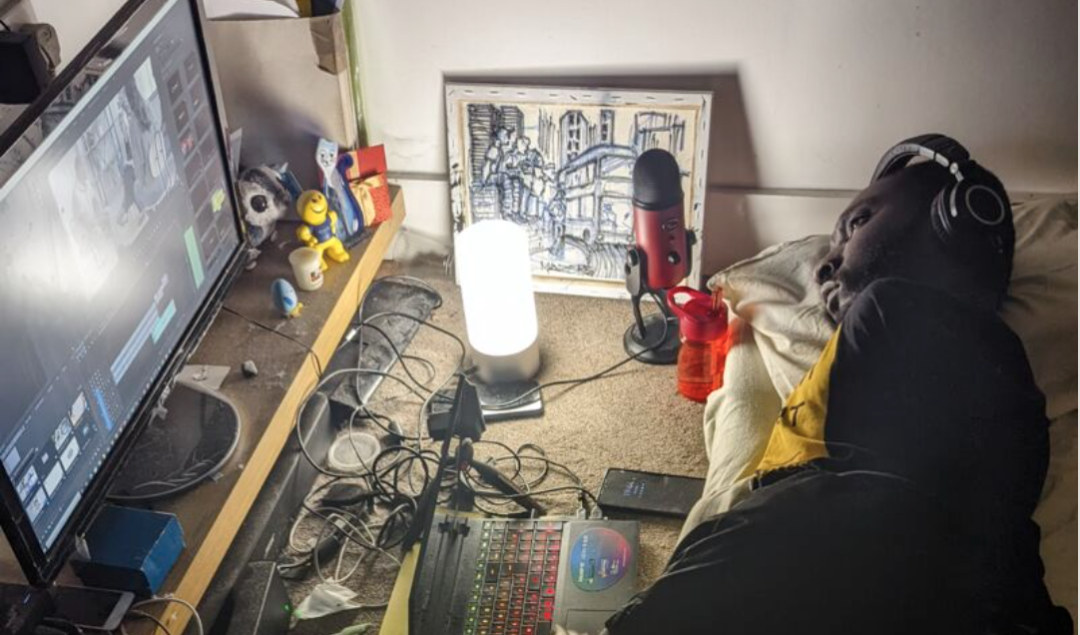 Isaac Harvey was recently named Britain’s most influential disabled person on the Power 100 list, and there’s no doubt that he has – and continues – to inspire a generation.

Harvey has no arms, a weak pelvis, and scoliosis (curvature of his spine) due to a condition called hypoplasia. He was fostered at two weeks old and later adopted by the same family at the age of five.

Though he sometimes experienced discrimination, he never saw himself as different as he has “always just been doing me, and everyone’s different anyway,” he told Talestoinspire.

He attributes this mindset and self-belief to having a supportive and loving family.

The 26-year-old has always had a creative mind and an interest in filming and video production, initially making video clips in the early days of YouTube from wrestling videogames, followed by films of him playing video games with his feet.

But when Isaac was gifted with a GoPro after working with charity The Dream Factory, he began vlogging and took things to the next level.

His small – but mighty – YouTube career opened many doors, and he has since traveled around the world.

From sailing, skiing, and recently, wheelchair rollerskating, Harvey is living life to the full. He has also been skydiving in Ohio and raised £2,600 for charity.

One could argue that YouTube has allowed Isaac to continue to challenge stereotypes of what people think disabled people can do.

Speaking about the pandemic on his LinkedIn, he said: “I used this time [lockdown] to learn new skills, such as photo editing, meditation and most importantly learning how to share my screen on Zoom and finding where the mute button was! I wanted to take advantage of this newfound time that we eventually would lose.

“With all these skills learned and time that we will never get again, these past two years (especially 2021 and by joining LinkedIn) have taught me a very valuable lesson and that is even with a disability I am professional.

“I might lie down in meetings (which to some looks very unprofessional) to use the computer but people still give me opportunities, I might not be able to walk but I can talk with people wanting to listen, I might use my feet to tap on the keys and move my mouse but I can create outstanding videos and yes I might even forget to put myself on mute while in a very important meeting but people are kind enough to tell me to do so.”