How to Avoid Terrible Tech Companies 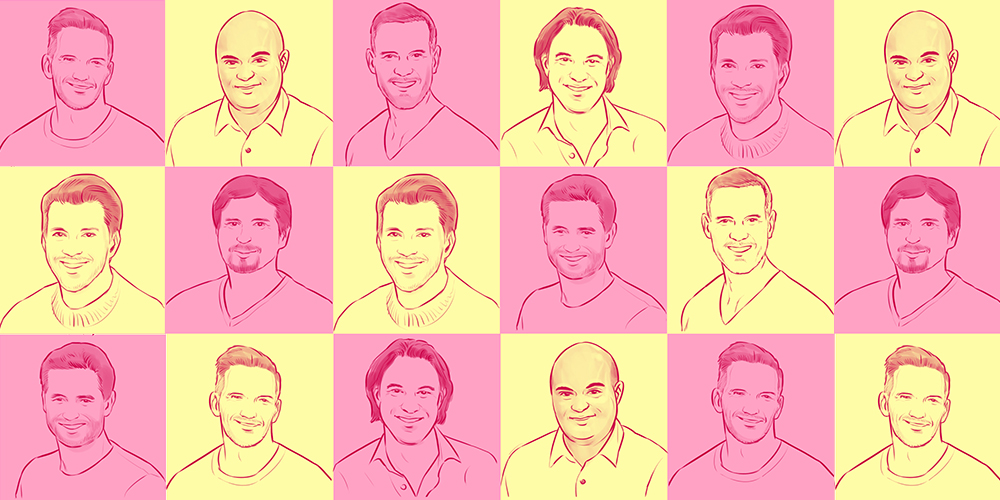 Over the past three years of training women at FrauenLoop to enter the tech industry, this question comes up again and again. Between my female mentors and students, I’ve heard the doubts and insecurities from women with high voices, women with children, women wearing headscarves, women with accents, women with brown skin, women who have female partners, women without valid passports, and women worried about finding work because their faces or figures no longer suggest they are thirty-two.

“Is this a good company?”

FrauenLoop students ask me this every week, coming to the program from maternity leave, from an entirely different industry, from a different country, or a role with no job advancement prospects. I have never had a woman ask me about office perks like free coffee, football tables, or even free lunch. Women do, however, ask me how they will be treated, and how comfortable they will feel for the sixty-plus percent of every waking hour in the workday, within an organization that they know nothing about.

In the last year alone, I have heard first-hand accounts of women being asked “who is with your child now?” when they were at job interviews. Women told by company owners that they did not want any more immigrants in the country and had voted for the AfD (an extreme far-right German political party). Women regularly screamed at by incompetent and/or unstable men propped up by all-male board members. Women told that they were hired to be a civilizing influence on the men in their department. And women obliged to watch male co-workers share links to porn on the company Slack channel.

These are reasons enough to give any woman pause about a new company. Especially in Berlin, where a lack of tech diversity has been accepted for such a long time that recruiters now face huge hurdles to convince women to enter nearly all-male tech teams as employees. After twenty years of managing teams in tech companies large and small, in the United States and in Europe, I am increasingly called upon to answer these types of questions. By now, I have three go-to answers for the is-this-a-good-tech-company question:

Look to your manager.

Culture indeed germinates from the action or inaction of top leadership. But your work life is mostly determined by team leadership. Who oversees your progress? Who prompts you to dive into ambitious projects? Who helps remove roadblocks so you can work more effectively? Who shares credit and recommendations for promotion when you’ve done a great job?

The most modernized office space and the most charismatic CEO won’t matter if your manager has undeveloped interpersonal skills, no management ability, or is, quite simply, a jerk. These characteristics are all indicative of a company’s culture. And where these characteristics are present, it is likely a company culture that will push women out the door (if they bother to join in the first place).

Have a (career) plan.

The next biggest worry I’ve encountered among women in tech concerns career development. This means a plan for you and the company’s mutual growth, ideally with a few milestones and checkpoints for realignment’s sake. Every tech start-up and major public company has quarterly, annual and industry goals and targets that the company’s leadership are well aware of. Likewise, you should have some short-term career objective that your manager is also aware of.

Never feel that you and your career ambitions aren’t significant enough to merit a professional development discussion with your manager.

You should also be careful not to leave this necessary detail in the hands of any company’s leadership team. Instead, decide on a professional goal or set of goals that make sense for you and the company. Ask yourself what you are prepared to do to make these into reality, then codify them into achievable, incremental steps. That’s your plan. Don’t interview without it and feel free to discuss it with any potential employer. If no one at a given company shows interest or is aware of company structures to support your development, then this is a clear foreshadowing of what you can expect once you’ve been hired.

Come as you are.

The reality of the tech sector is that everyone is biased and that most of us don’t see our biases as a problem. As knowledge workers, we view ourselves as capable of reasoning. With that in mind, our instincts tell us that establishing comfort zones for ourselves makes sense. However, I’ve worked in tech boys’ clubs that felt like “Romper Room” for toddlers. Not one man from the leadership team seemed aware that this might be a discomfort zone for anyone else.

The only way to find out if any company is truly invested in supporting and accommodating you is to show up as you are and be authentic about your concerns. Be fearless and ask for what you need during the hiring process and be specific. If a company values diversity, it will be unequivocally evident.

It also doesn’t hurt to ask: “How are you hiring more underrepresented people?”

And then, see for yourself: if you look at the team page or the top management page on the company website and see a wall of grinning Clonebros, remember:

(1) Adding one white woman in a sea of dudes is a half-hearted gender equity fix, which is equivalent to a fig leaf when the emperor has no clothes (or clues).

(2) Assuming additional responsibilities and shouldering social and psychological pressures simply because you are the only A/X/Y/Z in the team/office isn’t fair to yourself nor is this self-sacrificial practice sustainable in the long term.

(3) Being a token is not lit. If you accept a company’s small gesture of tokenism employment without having any allies within the company, you are going to want to die in approximately six months. Believe me.

At FrauenLoop, we hear from women inside the everyday tech trenches. They have divulged their varied experiences working at local Berlin companies. We are very clear about what we don’t want from a job. Yes, it’s scary to take the plunge and mention your children, your priorities, your partner, or gender identity on the job when you don’t necessarily have reassurances or role models. However, it’s so much better to be uncomfortable during a final screening or negotiation process, than to be uncomfortable while you’re on the job and terrified to lose it due to biased (or oblivious) coworkers.

So what’s the absolute best way to identify terrible tech companies, you ask? Ask them to show (instead of “sell” you on) precisely what the company values. And when they show you who they are, believe them.

Tips On Breaking Into Venture Capital - From An Outsider Who Broke In.

Black People Have Always Been UX Designers: Space-making is an iterative design process