By Kumba Kpakima September 22, 2022 in Articles, Main, Society Comments Off on Hurricane Fiona Is Putting Solar Energy In Puerto Rico To The Test 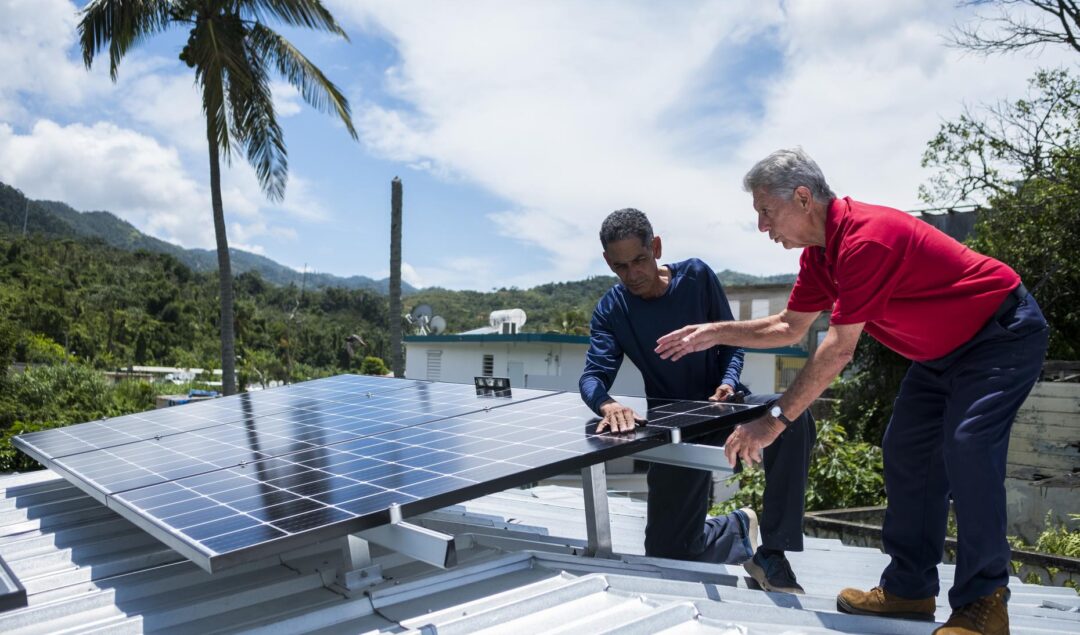 Five years after the disastrous Hurricane Maria, another destructive storm has hit civilians living in Puerto Rico, exposing the vulnerability of the island’s electricity system.

According to the Washington Post, President Biden agreed to issue a major disaster declaration earlier this week. The storm brought an average of 10 to 16 inches of rain across Puerto Rico, killing four people.

Since Sunday, 1.5 million people living and working in Puerto Rico have lost power. Not only have critical facilities within hospitals been affected, but the governor of Puerto Rico, Pedro Pierluisi, also experienced a blackout during his speech to residents.

In 2020, private energy organization LUMA picked up the task of running the island’s power transmission system. However, over the years, it has faced an increased about of criticism for its poor performance and increasing energy prices which have more than doubled since 2021.

Since Hurricane Maria, there has been an increased amount of pressure on LUMA Energy to be held accountable for providing safe, reliable, and affordable electricity services to the people of Puerto Rico.

Light in the midst of the storm

Casa Pueblo, a small community in Puerto Rico’s central mountain area, has spearheaded the solar panel installation movement. Throughout the storm, the organization has posted updates on Twitter on how beneficial the solar systems have been for families.

According to the group, they are currently working on installing solar panels and batteries in the homes of lower-income businesses to help solve this issue.

In a recent tweet, the group said: “a home in the countryside where a bedridden person lives with their caregivers. They don’t have energy from Luma, but they do have energy – even in the middle of a storm, because they continue generating a little [solar energy], they’ve adjusted their consumption, and they have a backup battery.”

“This should be a reality for everyone, especially people who have relatives with chronic health conditions.” Casa Pueblo added.

Despite the current circumstances, installing solar energy panels across Puerto Rico is an example of how much progress the island is making toward achieving energy resilience. However, for solar-powered energy to be more accessible, the government must invest more in the renewable energy sector.