By Kumba Kpakima November 25, 2022 in Articles, Internet, Main, Top Stories, WOC Comments Off on Black Girl, Who Had Cops Called On Her Over Lanternfly Solution, Invited To Yale

Black Girl, Who Had Cops Called On Her Over Lanternfly Solution, Invited To Yale 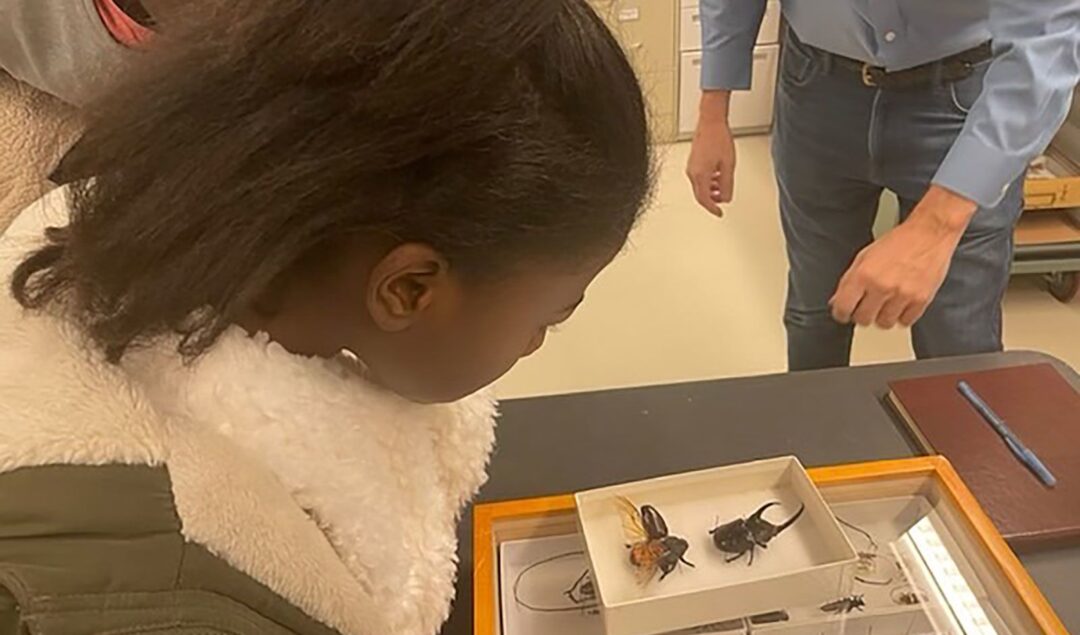 Bobbi Wilson experienced her first encounter with law enforcement at nine years old after her neighbor reported her to the police for playing outside with lanternflies. When Dr. Ijeoma Opara, a tenure track assistant professor at Yale, came across the story, she decided to reach out to Bobbi’s family.

On Oct 22, Wilson wandered outside her house with an anti-bug spray she had made after learning about invasive species on TikTok. Bobbi used the non-toxic solution to do her part in saving her local trees and the environment. According to the Wilson family, she also wrote a paper on the environmental impact of insects following the government’s new “see it squish it” campaign.

Wilson’s neighbor, 71-year-old Gordon Lawshe, had spotted her testing the solution and called the police out of “fear.” In the call, Lawshe described Wilson as a “little Black woman” and highlighted that she was wearing a hoodie.

Wilson’s family said at the Caldwell Borough Council meeting, “Our neighbor called the police and reported a little Black woman is walking, spraying stuff on the sidewalks and trees. I don’t know what the hell she’s doing. It scares me, though, and included that she was wearing a hoodie. It is sickening and scary to hear my neighbor use triggering words that had resulted in the death of too many Black and brown children and adults at the hands of the police.”

The town council expressed its commitment to the family by telling them they have “the governing body’s full support.” According to The Daily Beast, Caldwell’s mayor John Kelly said, “it is clear that a line was crossed. My heart goes out to Monique and her two girls.”

Many Twitter users have come forward to express their solidarity and support for the Wilson family, which has opened many doors for the family to share their story.

Dr. Ijeoma Opara, a tenure track assistant professor at Yale, came across the story and called on Twitter users to help her contact the girl and her family. Once Dr. Opera could get in touch with the family, she invited Bobbi, Hayden, and Joseph to Yale for “a Black girl-led science tour.”

The tour included a walk about the university’s lab and an exciting showcase of live mosquitoes.

The Entomology lab also promised the family that if anyone used future lantern fly specimens Bobbi collected and contributed to Yale, they would credit her for her scientific work!

The news which has dominated headlines has sparked a broader discussion around the adultification bias Black children face. Many argue that this case is an example of how authorities perceive young Black children as more ‘streetwise’ and ‘grown up.’

According to safeguarding expert Jahnine Davis, Black children are seen as “innocent” as white children would be. It feeds into racialized stereotypes that see Black children as more “resilient” and “less child-like.”

Many argue that this case is an example of the racial stereotypes Black people face, which stem from slavery and colonialism and continue to fuel systemic racism that leads to social movements like Black Lives Matter.

Wilson’s mum, Hayden, said her daughter had been scarred from the incident and feared going outside. “My neighbor’s words put my daughter in harm’s way. His words and actions were unconscionable, and the impact of the aftermath of this incident will not be secret.” Joseph said.