A couple reasons why you shouldn’t be talking to investors.

This year I have been fortunate enough to be invited into numerous communities of startup founders. Equally, it is a breath of fresh air when I am in more diverse circles discussing things like parenting, wildlife, and spirituality. It is in these moments when I get away from tech when I remember the first principles that still hold true when executing on ideas.

Overwhelmingly much of the content shared in the startup communities are opinions on articles from top tech publications and VCs. From Hackernews to TechCrunch or YC’s latest blog posts. Often a lot of the conversation was what investors look for and the struggle to fundraise.

Sadly because of stories we read regularly in major tech publications on a daily basis on new funding rounds and liquidation events, investors have become rock stars to aspiring entrepreneurs. As a result, founders are second-guessing their own judgment and even worse, customer feedback because of conversations they have had with investors.

Below are just four things I believe founders need to focus on rather than speaking to investors as they get started with their new startups.

Focus on your users, not investors.

Remember who you are building your product for. It is not yourself, nor your investors but ultimately your customers.

As Marc Andreessen famously quoted in his 2007 blog post titled, The Only Thing That Matters:

Question to ask yourself: What is a trend you believe in? Why do you believe in the future growth of the market you are in? Are you building based on customer feedback or investor feedback?

2. Markets with competition are great

There is an idea popularised by the likes of Reid Hoffman that investors look for contrarian ideas. By definition,

This is a person who opposes popular opinion.

Therefore, it is an unpopular opinion and one that the majority will reject. It is also likely that rarely is this opinion right, but when these opinions are right, they are really right. I side with Elad Gil, an angel investor who quotes:

“Nonobvious markets can lead to hypergrowth, but they’re hard to spot in the moment.”

Founders that reinvent markets never have real work experience in those markets so, therefore, are not restricted in their thinking. They never knew what couldn’t be done but that have a deep sense of determination in the face of unbelief from all people not just investors.

Truth is, investors often lead founders astray because founders don’t understand the perspective of the investor. For example, an investor might say:

“Why are you building X, when Y already exists and is big”

What this investor is really signaling is that they believe Y has already won in that market and they are not the right supporter for you. This shouldn’t influence whether or not you pursue your idea, it should be treated as a single data point and a discounted one at that because it was from an investor not feedback from an actual user of your product.

Let’s take a walk down memory lane and look at a few companies that were built in markets where big competitors already existed (Thanks to Jack Ellis for this).

Question to ask yourself: What competitors have validated that there is a problem to solve in your market? How will you solve that problem differently?

Spotify is a great example of a company who entered an existing market that was validated by the existence of Pirate Bay. Spotify identified that if it could give users the ability to listen to any music instantly from their own computer, users would switch from competition to use Spotify. Until then, Pirate Bay and other torrent sites like Kazaa allowed you to download any music but sometimes it would be a very slow speed which meant you couldn’t listen to the music instantly but rather had to wait until it was downloaded.

Whatsapp’s differentiation was that it allowed users to send messages across the world via the internet for free leveraging your phones address book contacts rather than SMS which was expensive or Blackberry Messenger (BBM) which required you to have a BB Pin, which was a limiting feature that isolated users that didn’t own a Blackberry handset.

Three more recent examples I have been impressed with were:

Question to ask yourself: What is the quickest, cheapest, easiest way to gather evidence to prove or disprove that there is a problem worth solving in the differentiated way you have identified?

Too many founders underestimate the power of building out a community first, product later. It de-risks your product launch and shows early signs of your ability to execute an idea.

Atlas ML referenced above is a great example of this. They believed that there was a problem with managing the Machine Learning (ML) workflow. They believed there were three steps to the problem they are solving:

The three steps they took to build the community were:

Key to succeeding in building a community first is identifying where your target users hang out online and offline. Where can you grab their attention for little or no costs?

For example, for Atlas ML that was Product Hunt, Hacker News, GitHub, Twitter (hashtag and Twitter lists help), Facebook Groups for ML, Meetups, and events on Eventbrite for ML and the list goes on.

Question to ask yourself: How can you build a community that provides evidence there are a number of people interested in the what you have to share about a problem they need solving.

The 4 points above do not discount the experience, relationship or value of investors. It more speaks to the process that many entrepreneurs go through consciously or not when executing on ideas and building out products. In the early stages of ideas, it often starts with research and testing out concepts (hypothesis) following the steps above, not racing to speak to investors.

Six things I wish I knew when I graduated 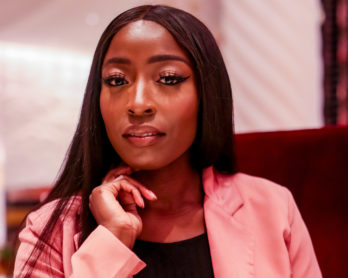 How My Black-led VC firm is Backing Underrepresented Entrepreneurs

The Business Case for Diversity is a Sinking Ship