By Michael Kimani May 21, 2020 in Africa, Articles, Crypto, Main No Comments 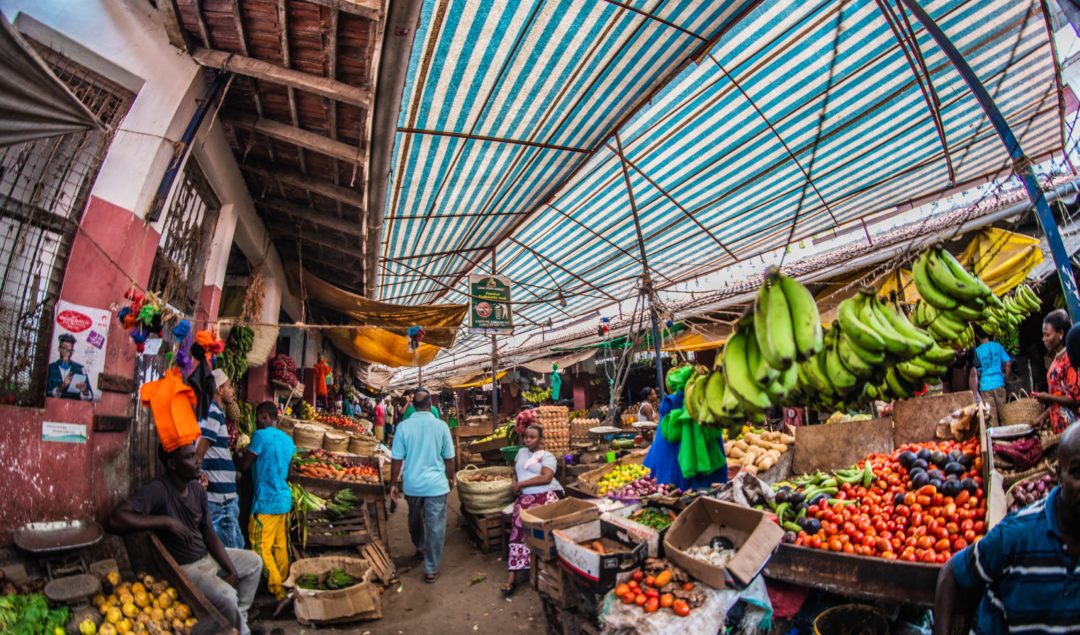 It took a white man, CEO of Twitter Jack Dorsey, to point out one of the most powerful, yet underrated stories coming out of Africa, when he said

“ Africa will define the future of Bitcoin.”

I am here to tell you that story.

After years of poor governance and corruption, the time has now caught up with Africa’s states. They are unable to generate enough job opportunities for the millions of digital native Africans that spend 6 hours every day glued to their WhatsApp, Tik Toks, selfies and hyper-localized memes.

Half of their time is spent on smartphones and the other half out in the real world looking for any way to make a dollar. It is hard out here. No jobs. That’s all that matters.

In the midst of the digital economy that is taking root in Africa, Bitcoin, a rare, radical, anti-central bank digital asset has found its way into the hands of thousands of young Sub Saharan African digital natives, like Osiri.

Osiri and her peers are embracing some of Bitcoin’s most controversial features and virtues of privacy and decentralization, to stick it to the man and turn it into fortunes.

Despite multiple warnings by African Central banks, and an embargo by banks and Mpesa imposing sanctions on Bitcoin & cryptocurrency exchange services, informal networks of virtual currency dealer in Kenya, Ghana, Nigeria, and South Africa continue servings millions of dollars worth of demand, in ways that resemble the trading ways of their ancestors.

But while the rise of this decentralized digital economy is creating opportunities for the bulging youth populations of Africa’s economies, it is running up against the old power structures that will go to great lengths to maintain the status quo.

This is part 1 of a 2 part series on how bitcoin is solving one of Africa’s biggest problems.

How we do Business in Africa

Apart from one being digital and the other offline, Bitcoin peer to peer markets resemble many of the informal markets from some of Africa’s top trading cultures that have been a prevalent part of Africa’s history for over 100 years:

These types of markets are independent and resilient to the interference of states, and burdensome procedures more common in highly formal commercial environments. African governments cannot be trusted.

So. as a rule of thumb, the less reliant you are on government, the more resilient you are to the fractures and fissures of the state and its agencies.

Nigeria’s economy under intensifying shortage of foreign exchange in the 1970s – 1980s, only grew and strengthened the role of Wapa informal parallel currency networks in the exchange demands of cross border trade.

When institutions are weak and the system cannot be trusted, currency dealers and traders place greater reliance on trust and reputation networks over legal documents by lawyers for market contracts.

If I traded with you and you screwed me on a deal, you risk your reputation, and potentially cut out from the network.

The Somali-Kenya-Ethiopia cattle trade corridor of the post-war Somali 90s, is a great example of how sophisticated networks can scale beyond borders to cater to millions of dollars worth of trade in the face of drought and a collapsed Government, and Central Bank.

Social and trade networks, word of mouth, trust and reputation networks are the oil and engine of the informal economy, which makes up to 60% of some of the economies of key African markets – South Africa, Ghana, Kenya, and Nigeria, Somali, Zimbabwe.

The addition of digital tools like the mobile phone and mobile money into such operating environments only served to transform informal trade by amplifying the reach and scale of trust and trade networks into the ‘Fintech’ success stories making African headlines today.

I am not sure if it is a coincidence.

Whatever it is, Bitcoin’s emergence in Africa’s digital sphere has found fertile ground in the same economies where the foundations for digital commerce have so well been laid.

It is these conditions that have given refuge to virtual currency trading networks  in Ghana, Kenya, Nigeria, Zimbabwe and South Africa, on platforms like localbitcoins, paxful, and localycryptos.

As of April 2020, over *$500 million is trading annually on informal networks in Ghana, Kenya, South Africa, Nigeria and other African countries combined.

It is these millions of dollars in weekly volumes of bitcoin and cryptocurrency trades, as much as $5 million per week in Nigeria that is feeding thousands of African virtual currency networks.

Osiri is one of them.

She has traded over 500 BTC trading with 7,300 different partners in 4 years, raking in over $100,000 in her short career as a virtual currency dealer.

Since 2015, Osiri has been averaging a monthly $1600 from virtual dealing bitcoin and Ethereum to clients in Kenya, Uganda, Tanzania, and parts of the Middle East.

Her $2,500 inventory yields at least $1000 on a slow month and as much as $3000 per month from commissions dealing on localbitcoins, localcryptos, paxful and on  whatsapp and telegram and offline for some of her clients.

She sources Bitcoins or Ethereum at lower price than the market and then adds a 5%-10% markup for her selling price. This is how she makes money.

On a good month, from just 10 to her regular client, she takes home a bigger monthly paycheck than 70% of Kenya’s formally employed workforce. All while working remotely from her phone, on her terms, with the flexibility of juggling several gigs, besides dealing Bitcoin online in Kenya.

At 26, Osir’s ascent represents the path taken by many of Africa’s emerging virtual currency dealers.

Before she got into dealing Bitcoin, Osir was just another typical Kenyan graduate, fresh into the job market with a degree, not worth much in this economy.

She tried her hand at quite literally everything – brand ambassador activations for Safaricom, online writing, digital marketing, selling clothes online through her social network – like many of her peers. Finally, she settled on a peculiar biashara – selling digital goods like swords and shields on Steam, one of the largest digital distribution platforms for PC gaming.

Osiri had unlocked a niche market, buying in-game items like weapons, and trading cards at a lower price mostly during live tournaments and then selling them later at a higher rate in community forums of tech gamers.

It was while trading these goods in the global markets, that she stumbled upon bitcoin after Steam added bitcoin as a payment option for traders.

From the little she could tell, bitcoin was much like the inventory of digital goods she was already dealing with, but she wasn’t sure.

She googled  “Bitcoin Kenya” and came across a Bitcoin MeetUp event hosted by one of Kenya’s Bitcoin companies Bitpesa, at Nairobi Garage, Ngong Road, on a Wednesday evening.

She learned enough that evening to know, she was in on early on a trend.

Since that day Osiri has solidified her reputation as a dealer in East Africa’s parallel virtual currency dealer networks.

Bitcoin’s increasing infamy and the ever-growing demand from millions of shillings, kwacha, naira, rand, and cedi routing through markets, have turned Osiri’s fortunes, alongside many others in Nairobi, Lagos, Abuja, Accra, Cape Town and emerging in hubs in Lusaka, Harare and Dar Salaam.

Getting Started as a Virtual Currency Dealer

Buying bitcoin and other cryptocurrencies on peer platforms is a bit like walking through the souks of Marrakech; rowdy,  markets bustling with buyers and traders, haggling over prices.

Osiri and many others run virtual kiosks on online platforms like paxful, localcryptos and locabitcoins. They have their names listed, verify their identities, put up offers of how much inventory they are buying or selling at any given time including the price, their trade history, and most importantly, their ratings based on their last trades.

Buyers visit and browse around the online list of sellers, comparing prices, and the sellers reputation based on past trades.

Osiri and other African crypto dealers convene on these virtual markets because they provide a digital safe place for buyers to trade digital asset.

Traders who come through are usually looking to buy bitcoins:

Once a buyer decides who they will buy from, they enter into a digital contract with dealers where bitcoin is held in escrow while the seller transfers the payment to the buyer. Payment methods vary by country and preference; Mpesa, Chipper cash, MTN money are just but a few.

If a buyer refuses to pay, the bitcoins are not released, and a dispute can be raised.

Localbitcoins, Paxful, Localcryptos, and a host of emerging marketplaces provide the useful escrow service for 2 willing buyers and sellers to exchange bitcoin for any form or payment.

For the service, they charge a fee of 0.25%-1% for the value of the transaction, which adds up to quite a lot.

Localbitcoins, the Finnish company running one of these marketplaces reported revenues of $27 million dollars in 2017.

These figures are only the tip of an iceberg.

Once a significant level of trust and reputation is established, trades can be conducted off the platforms where they can opt to conduct trades on their own flexible terms, and even save on the fees by using other channels like WhatsApp, SMS, phone calls, even meeting in person.

So the figures we have are less than true volumes. True volumes are 50% higher than the combined volumes of localbitcoins and paxful.

In 2018, Bloomberg concluded the size of Nigeria’s market and other bitcoin trading centres was probably much bigger than what the public exchanges report.

A Bloomberg reporter discovered that in Nigeria, they had a name for dealers – digital abakis.

Aminu, a digital abakis had gone as far as forming trusted groups on Whatsapp and Telegram as a way to curb fraud after several trader friends lost thousands of dollars to scammers between them.

They set up an informal exchange on the messaging app Telegram, trading amongst themselves. When other friends sought to join the group, Aminu would review their identification and banking documents – comparing passports and papers with the faces in front of him.

Sometimes, Aminu acts as a trusted broker, holding a buyer’s money in escrow until the seller comes through with the Bitcoin transfer. Over the 2018 year, his group has grown to almost 800 members.

There are dozens of similar networks in Nigeria, he says, with varying degrees of security protocols.

As these Bitcoin-centric networks grow and multiply, Aminu says they are increasingly populated by people who trade digital currency as a full-time occupation.”

The Future Is Here, Just Not Evenly Distributed

Today, the word is out, all across key African markets, dealing bitcoin is a lucrative remote smartphone online first biashara, if you get it right.

After catching wind of the 7-year-old successes of the pioneers like Osiri, the new blood of virtual currency dealers out of high school, getting into college, in their final years graduating are having a go at dealing cryptocurrencies on paxful, lbc and localcryptos.

They are the new generation of apprentices who will scale the markets, more liquidity, more traders, more evangelism, more use cases, more volumes.

But it is not all green and lush.

In part 2 of this story, we shall see how these young proteges are up against old laws by Central Banks for the mere novelty of their trade. 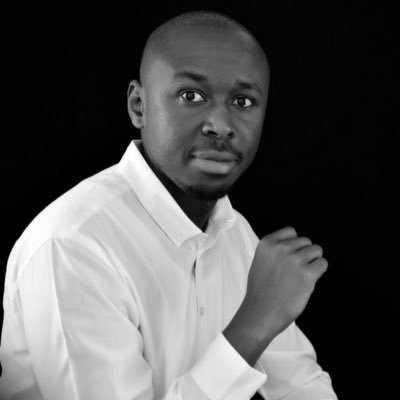