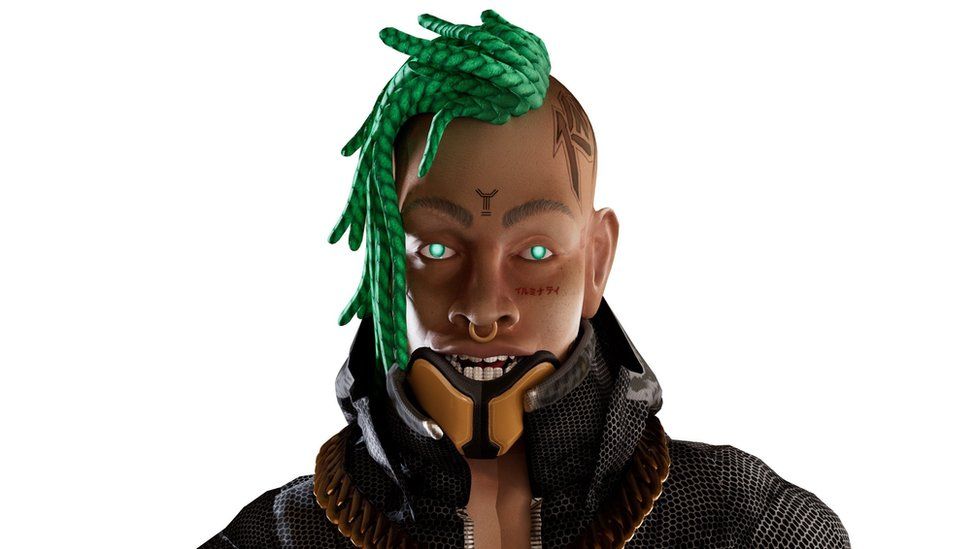 FN Meka, a virtual “robot rapper,” created by the founders of Factory New, a “first of its kind, next-generation music company specializing in virtual beings.”

In a short time, FN Meka amassed over 10 million followers on TikTok and 500,000 monthly Spotify subscribers based on music and lyrics generated by an AI based on popular rap music.

The robot rapper, which industry professionals described as a “preview of what’s to come,” faced online backlash for perpetuating racial stereotypes through his music and online persona.

In 2019, FN Meka released his single Moonwalkin, which included heavy use of the N-word. Shortly after this, the AI rapper faced allegations of cosplaying Black trauma after sharing a photo of himself being racially profiled and beaten by a police officer in prison.

Activist group Industry Blackout also called out Capital Records for deploying an online marketing strategy that was deep-rooted in racial stereotypes and directly insulted the culture within the Black community.

In a statement, they said: “While we applaud innovation in tech that connects listeners to music and enhances the experience, we find fault in the lack of awareness of how offensive this caricature is. It is a direct insult to the Black community and our culture.”

“This digital effigy is a careless abomination and disrespectful to real people, who face real consequences in real life – for your company to approve this shows a serious lack of diversity and resounding amount of tone-deaf leadership. This is simply unacceptable and will not be tolerated.”

In an interview with The New York Times on Tuesday, creator Anthony Martini said he thought the deal with Capital Records would end due to “clickbait headlines” and “blogs that have latched onto to create this narrative.”

Following the backlash, Capital Music Group released a statement: “CMG has severed ties with the FN Meka project, effective immediately. We offer our deepest apologies to the Black community for our insensitivity in signing this project without asking enough questions about equity and the creative process behind it.”

“We thank those who have reached out to us with constructive feedback in the past couple of days – your input was invaluable as we came to the decision to end our association with the project.” CMG added.