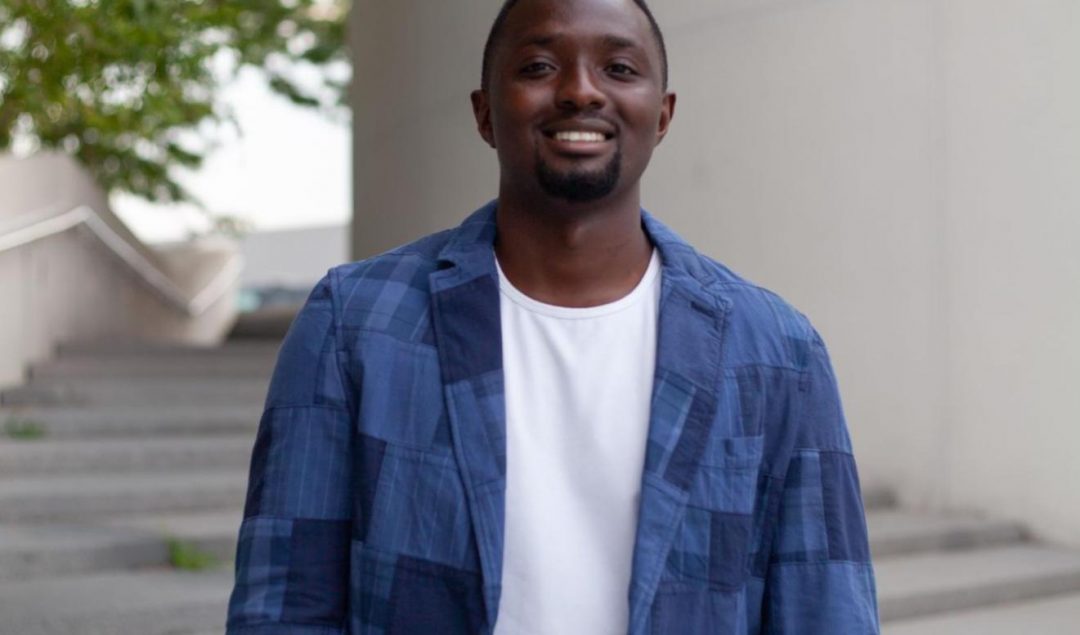 When Mohamed Gueye was six years old, growing up in Senegal, his interest in tech began when he saw a computer for the first time. His dad bought it, and he was fascinated by the images that were shown on its screen.

Today, Mohamed works at HubSpot in Massachusetts as a technical lead. In this interview, he shares his path working his way up from a supermarket into tech, his experience at HubSpot, and the importance of not getting stuck into one way of thinking.

Hi Mohamed, What Does Your Work At HubSpot Involve?

I’m a technical lead at HubSpot. So that means I’m a software engineer, but I also mentor other software engineers. I get to coach them into growing into their roles, similar to the path I took, and get the best out of them. I’ve been at HubSpot for three excellent years now.

It’s been challenging but very rewarding. I’ve been on multiple projects where I’ve had to learn a lot. HubSpot has really changed who I am as an individual for the better.

So Your Interest In Technology Started With This One Computer…

In Senegal, when I was a child, no one that I knew had personal computers. And then my dad shipped his computer, and that was the first one I ever saw. So this machine comes in, and there’s a picture of me on it. Maybe this is a little narcissistic, but I was mesmerized by the image.

Then my brother had it. I got to play video games on it, and I just fell in love with it. I learned to code when I was about 15. I was playing a video game – I think it was Mafia – and there was a bug, and I saw on a forum there was something in the code that needed to be changed to fix it. So I opened it and just tinkered with it, and then thought, “Wow, okay, this is fun.”

I was born in New York and then went back to Senegal when I was about two years old. I majored in math in high school, and then when I graduated at 18, I moved back to New York for college. After that, I considered what I wanted to do, and computer science felt like the right path for me.

You’ve Had an Interesting Path to Tech?

Going to college in New York, I had to work to pay the bills. I started at a supermarket. And then I moved on to a restaurant. The restaurant was downtown, doing deliveries, so I got to walk through all the buildings. I saw where all these tech people worked and decided that I would do the same. I eventually went to another restaurant and became a prep cook.

After graduating and doing some research work, I got a call from a financial institution, offering to fly me out to Boston. So I joined the company, and the people working there were wonderful. But there was this concept of being a bank first, rather than putting tech first. As an engineer, you kind of feel like you have these heavyweights on you. It’s a financial product first and foremost, so you can’t just make changes to the code and break things. It has to be available all the time.

A friend of mine from the financial institution went to HubSpot and told me how deep into tech the company was. So I decided to apply for a position and got the job!

I came into this startup vibe, where I just got to be creative and then shipped code. There’s an attitude of “let’s get things done, let’s work fast.” There’s a ton of people working around you, and you can ask them questions. You walk, and you stumble, and then you get up and keep going. For me, that’s always the wonderful part.

Did You Feel Supported In The Work Environment?

At HubSpot, I do. Engineering-wise, I felt supported because I had all the books that I could ever need available to me. We have a global free books program where you enter a book, and you get it. My tech lead really supported me and mentored me. He often helped me think about code, pointed me in the right direction, and connected me with the right people.

We also have this series of talks led by accomplished leaders in the industry, media, and government. They tell you about their paths, and you see how they got there. Your mindset kind of shifts. You see these people, where they are now, and hear about how they started. You recognize their struggles and think that it may be possible to be where they’re at. That change in perspective has been amazing for me.

How Has That Perspective Change Altered The Way You Work?

It helps to have a company like HubSpot, which encourages you to think about things more than just tech terms. There are also the people you work with, and social issues, and economic issues. Then, as you work on bigger projects with bigger incentives, there are bigger issues you have to workaround.

The company has changed a lot since I first started almost four years ago. In addition to Employee Resource Groups (ERGs) like People of Color at HubSpot, Families@HubSpot, Women@HubSpot, and the LGBTQ+ Alliance, we have an ERG specifically for the Black community called BLACKhub, where we meet and discuss different issues. We have a Slack channel, #BLACKhub, attached to the group, and when you open the channel and see the number of people who are part of it now, it’s insane.

HubSpot has also been investing directly into the Black community, launching the Center for Digital Business at Howard University and investing $20 million into the Black Economic Development Fund. They’ve also launched a content series called Breaking the Blueprint, geared toward Black businesses and have launched an external Black@INBOUND community connected to our annual INBOUND conference. All of these initiatives are dedicated to helping Black professionals grow.

As a company, HubSpot is also growing its diversity through hiring and investing in the retention and growth of our current BIPOC employees.

We’ve been publishing a Diversity, Inclusion, and Belonging Report for six years, but at the team level, we discuss diversity and inclusion even more now. We talk about the social issues that have been happening. So people don’t shy away from having an open and honest conversation about it.

Do You Have Advice For POC Wanting To Get Into The Field?

The most valuable lesson I learned was probably from a conversation I had with one of my bosses when I was a research intern at NIST. He was probably one of the best coders by far, but he was an art major. He told me that anyone could grab a book and start diving into a topic.

Having people like that around you can change your perspective and push you into trying different things. You don’t have to be stuck in one way of thinking. Even if you’re a computer science major, you can get interested in business. Just be open-minded and ready to learn.

And when you see people of color in these high-level positions, ask them how they got there. You’ll realize they just got there through a normal career path or just worked hard. So having that possibility in front of me, it’s just like, okay, I can do it. I can work through it.