By wogrammer May 2, 2019 in Career Growth, Engineers, Interviews, WOC No Comments 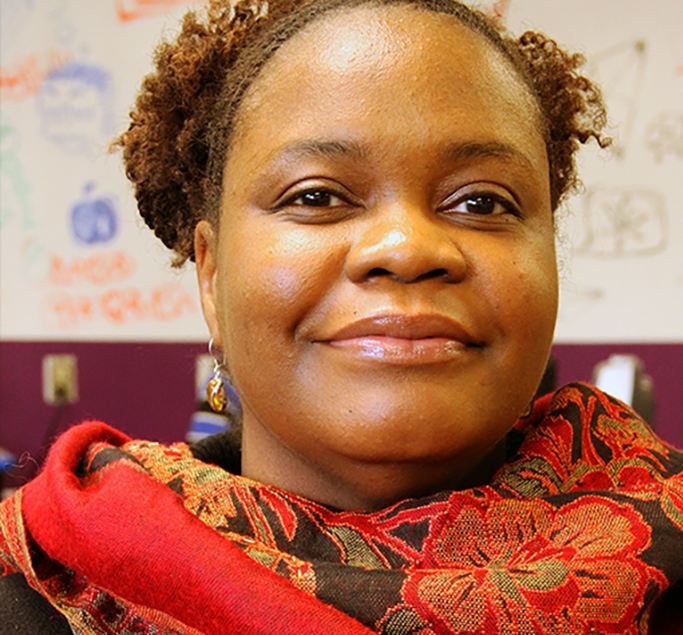 “I was on a visual arts track. During my junior year, a teacher who taught pottery decided she wanted to teach computer graphics. So she recruited students in their senior year who needed to take an elective. Initially, I was not interested in computer graphics, but she opened up a new area of interest for me, and that work is what got me into college.”

Nettrice’s winning computer graphics portfolio entry in the Pratt Institute National Talent Search led to her major in Computer Graphics as a college student; in the early 90s, it was among the first Computer Graphics degree programs in the country.

“A lot of the things that we were learning were at the cutting edge. What we now take for granted because of Pixar and Disney and animation was at that time very experimental.”

While at school, Nettrice joined a collective with students from numerous other disciplines.

“I didn’t really hang out with the computer graphics kids. I hung out with fashion folks and engineering students ”

The collective was broader than what I majored in. I think that had an impact on the work I was doing. We would hang out and listen to the same music; some of them were DJs, and there was a production element of the collective that included making music using the college radio station’s equipment — producing demo tapes and doing parties in Manhattan. People took on entrepreneurial projects in addition to what we were doing on campus.

The creative collective of fellow students at Pratt led her to an interest in amplifying voices that are often missing in the general public’s notion of “technology.”

“There are voices that we think are far away from technology when that’s not the case — it’s just that the way they engage with tech is far from what we conceive of as the mainstream. The people in the studio, making music, wouldn’t think of themselves as ‘technologists.’ It’s not introduced that way in the media. When I was at Georgia Tech and minoring in cognitive studies, I didn’t think of myself as a scientist. I remember a professor telling me, ‘Nettrice, you are a scientist. You are doing scientific things.’ There are a lot of similar examples of artists and practitioners in different cultures on the cutting edge of STEM, but no one’s attributing them to STEM or STEAM [science, technology, engineering, arts, and math] in any way when they are very much a part of that.”

She cites numerous examples, like lowrider culture, where people re-engineer cars based on a desired aesthetic, and musical production in hip-hop, where technological processes are required to use machines to break music apart, sample, and layer sounds.

“In hip-hop it’s called cutting and scratching. People at MIT Media Lab took that idea of the DJs ‘scratching’ and created Scratch [a block-based visual programming language]. Now kids all over the world use Scratch, but no one makes the connections back to DJ’ing, so DJs don’t even realize that they’re computational and that they’re using scientific methods. But they are. Calling that to the forefront is what I’m interested in.”

Later she encountered graffiti artists who used mathematical concepts to plot out murals. Nettrice discovered that Rensselaer Polytechnic Institute’s Dr. Ron Eglash had developed a tool called Graffiti Grapher. The tool allows users to create graffiti images on a computer using geometric concepts. It’s an example of a Culturally Situated Design Tool (CSDT) — a tool that allows students to learn math and computing principles through cultural arts that may already be relevant and familiar in their lives.

“We used Graffiti Grapher during a STEM Arts residency in New Mexico working with high school students in Albuquerque — kids who were exposed to graffiti every day. We were able to make a connection, not just to graffiti but to other culturally relevant things, including ancient indigenous designs on pottery. Most of these students were not really artists or focused on STEM areas, but because of the tools and content, they were quickly able to pick up on these concepts.”

Cultural symbology can inform more effective pedagogy for teaching STEM. It can also help educational programs retain students who are searching for meaning in their work. Nettrice shared the story of an email she received from a Nigerian-American recent bioengineering graduate who was feeling disillusioned about her field and their subsequent conversation.

“Then one day I got a box and when I opened the box, I saw these Nigerian head wraps or ‘Gele’ that she had connected to STEM concepts — taking her own culture and merging it with what she had learned in school. She had some new ideas about what she could do as a graduate student. It was as simple as making that connection, saying ‘there is something embedded in you, something that is common to you, that you can bring with you into your work.”

Reminding students that their personal histories, intergenerational knowledge, and cultural heritage can all play a role in the work they do is an empowering message that Nettrice shares frequently.

“I see all my students as having their own knowledge systems and assets. Every single student comes with something. Kids are not empty vessels. They come to the table with something valuable from a community and a culture. The more you can help them make that bridge between what they have and what they want to do, the more engaged they will be, and the longer they can stick with it. We have to make that connection.”