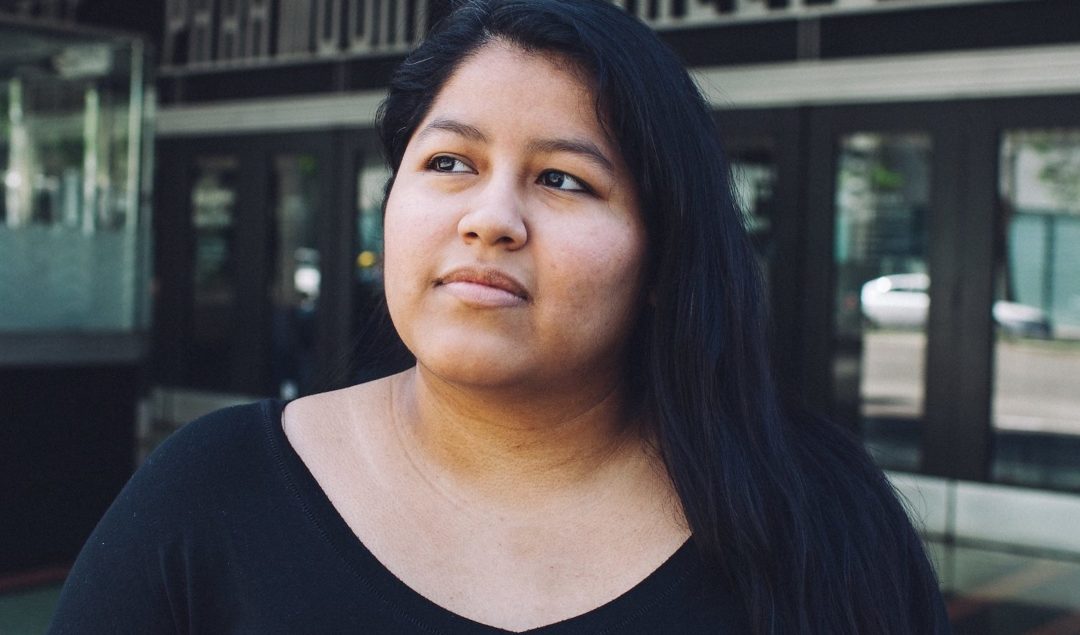 I’m currently a full-time software engineer on the Customer Acquisition team at Slack (a collaboration hub for teams) at their headquarters in San Francisco where my mission is to make your working life more straightforward, more pleasant and more productive.

Previously, I worked at Accenture’s Liquid Studio as a software engineer and AR/VR intern and as a Front End developer at 80|20 (now Array Digital) back in Norfolk, VA.

I’ve been working professionally as a developer since 2015, and I first started to learn how to program in 2012 back when I was a junior in high school.

In terms of breaking into tech, I definitely took the more formal route. I have a Bachelor’s in Computer Science from Hampton University and a Master’s in Computer Science from Cornell Tech. Formal education can only go so far though so I tried to supplement my learnings by taking courses through Fullstack Academy, Designlab and Product School which are all “bootcamps” in web development, design, and product management, respectively.

My passions outside of work include contributing to open-source, blogging about my adventures in tech, and traveling with my partner through Airbnb.

When I was in high school, I was passionate about a couple of things. I was obsessed with dissecting anything and everything (not as weird as it sounds). I loved making video presentations in my free time for school projects. And finally, I loved to write and would jot down my thoughts almost every day in my Day One journal.

However, I soon realized that if I wanted to become a surgeon (with my love of dissections and whatnot), it would involve a Bachelor’s (most likely in Biology or Pre-Med), medical school and 3 to 10 years of residency/fellowships/training. I’m a rather impatient person so those kind of numbers were a big no-no for me and I decided to look into something “easier” like bioinformatics (I didn’t know what I was doing) which is just the blend of biology and computer science.

After feeling rather pleased I had found an alternative, I Googled some more (naturally) and realized most colleges don’t offer undergrad degrees in bioinformatics. Given I was not keen on getting any higher degrees beyond that (I ended up getting a Master’s anyway), I realized again I would have to try my hand at something else. After all, I would have to choose a college major soon, but even at that point, I was skeptical and doubting the true value/ROI of any formal degree.

Even so, I decided to wing it and try out this “CS thing” during my junior year of high school in 2012. My primary thought after dabbling with a couple of free online courses via platforms like Codecademy & Code School (now Pluralsight) was “oh, crap – this is actually really fun.”

I enjoyed feeling like this kind of a digital wizard that could literally create something out of thin air (or with a good text editor). Programming, in general, then turned into something I wanted to do for the long-term, not just this stepping stone.

Ergo, after graduating from high school, I decided I would study Media Studies and Computer Science at Hawaii Pacific University and pursue my love of films and computers. But my plans would later pivot substantially I would end up dropping Media Studies in favor of studying Computer Science full-time at a different university. I was definitely getting into programming at this point, but I still love watching Netflix Originals every now and then (or every day).

The rest after that is history.

My parents both immigrated here from Peru when they were around my age (in their early 20’s). The fun background story is that my parents had a mutual friend in the US who was a petroleum engineer and this guy was being so overworked, he went insane and had to be checked into a mental hospital. And while sitting in the waiting room, my mom and dad gazed into each other’s eyes and my dad decided right then and there he just had to get my mom’s phone number. He asked, she said no, so he got it from her friend later. Not exactly a match made in heaven but they are 25+ years strong so something must have clicked!

Beyond that, they have a lot more in common in that they both came from poor families, they both have 9 siblings (not all full-blood but yes, it’s A LOT) and they both worked extremely hard to become US citizens who try and contribute to the welfare of society by educating the next generation. My papa is an MBA professor at Hampton University with degrees from the likes of MIT, Columbia, and Purdue and my ma is a Spanish teacher at Norview High School who is currently in a Ph.D. program for education.

Growing up with my two younger siblings, education was a priority that held precedence above all else, and my mom would daydream about the day she could address all her children with “Dr. Coronel.” This was both a strong positive/negative growing up as I came to realize how broken the education system (at all levels) is in the US.

So I ended up growing up in Norfolk, VA and calling it home until I was 18 which is when I moved out for college. Norfolk is relatively diverse since it’s home to the largest naval base in the world and lots of navy families are coming over from all over the world. However, I was still usually the only Latina in any of my classes growing up. Consequently, I accustomed myself to the isolation early on, and even though I was initially just focused on fitting in, I later realized I would never fit in one way or another, so I instead started taking pride in being the outsider.

That mentality as the lone but powerful wolf made me strong and contributed to shaping me into who I am today but long-term, I don’t feel it’s all that healthy. Recently, I’ve been working hard on connecting with more people who are like me and being in California definitely helps as it has one of the largest populations of Hispanic Americans. Being proud of my Peruvian heritage has never been a problem for me thankfully but being able to connect with that heritage is something I’m still actively working on and trying to get better at.

The Bureau of Labor reported in 2016 that women made up only 25 percent of computing-related occupations. And when looking at women of color like myself, the numbers become even more ridiculously dismal with Latinas and Black women holding only 1% and 3% of computing jobs, respectively.

So what can one conclude from all this?

A unicorn is a startup company (like Slack where I work) valued at over $1 billion. The term was coined because the chances of a startup becoming a unicorn are very statistically rare (about 1.28% likely to happen).

This means that according to those standards, I’m rarer than a “unicorn” in the sense that I’m part of the 1% of women in tech that considers herself a die-hard software engineer and identifies as Latina.

Now as I mentioned prior, I became aware of this isolation a long time ago and have since developed a strong desire to want to motivate and aid those who wish to enter the tech field but may not feel like they’ll fit in.

Ultimately, my goal lies in becoming a leader in the field in other to inspire others who grew up looking like me and show them that yes, Latinas can indeed code and lead in the tech industry. In any industry, really.

I have 3 key pieces of advice: 1) Stay resilient 2) Find your people and 3) Respect others.

There are going to be times when you question whether you should stay in the industry – it could be imposter syndrome, countless attempts at trying to get a software engineering role or just hearing a micro-aggression at work that makes you question your entire worldview.

I feel like moments like these are inevitable, and what’s worse, you will probably be held to higher standards whether you think it’s fair and not. To quote Olivia Pope from Scandal, “you have to be twice as good as them to get half of what they have.”

Recognizing this unfairness is the first step but then finding ways to stay resilient is the next more important step. Everyone has different ways of coping, but for me, I have a small group of people I consider my primary support network that I can reach out to and share my tough moments with knowing they will always have my back.

Related to the previous piece of advice, you need to find strength in numbers and in people you can relate to. By reading this article, you’re actually already taking concrete steps to connect with other voices like yours. The unfortunate reality is that if you a part of an underrepresented group in tech like I am, feelings of isolation or not feeling like you deserve to be there may fester every now and then. Thankfully, these kinds of emotions can be easily mitigated by actively seeking out groups where you can network and seek support from others like you.

For example, I’m part of Techqueria which is one of the largest organizations for Latinx in Tech in the Bay Area. Just through that one organization (out of many I’m associated with), I was able to get support from 4 different engineers on how to prepare for the interview process when I was looking for a new job this year.

There are going to be times where you need to ask someone for something. And to be clear, you should be asking. A lot! Because if you don’t ask, you will never receive. What’s critical is making sure you’re asking the right way.

If you’re trying to cold contact someone who works at a company you want to apply to, don’t bombard them with questions and respect their time. If you’re trying to ask a fellow engineer for a walk-through, figure out all the logistics yourself and just send them the invite.

In other words, make it as pleasant and seamless as possible for someone to share their knowledge with you – it will open doors if you set yourself up for success like that by just doing the little things with preparation.

I’m based in the Rincon Hill neighborhood of San Francisco.

Feel free to reach out if you wanted to meet up in-person or online.

I love meeting new folks – especially other POC in Tech!

How Do We Empower Black and Latinx Owned Businesses 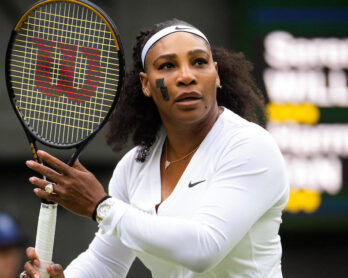 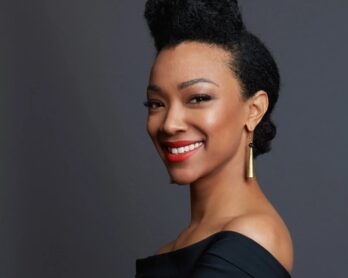 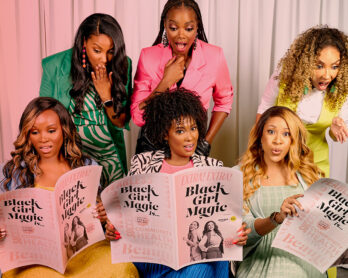