By Michael Berhane November 4, 2015 in Engineers, Interviews, Main No Comments 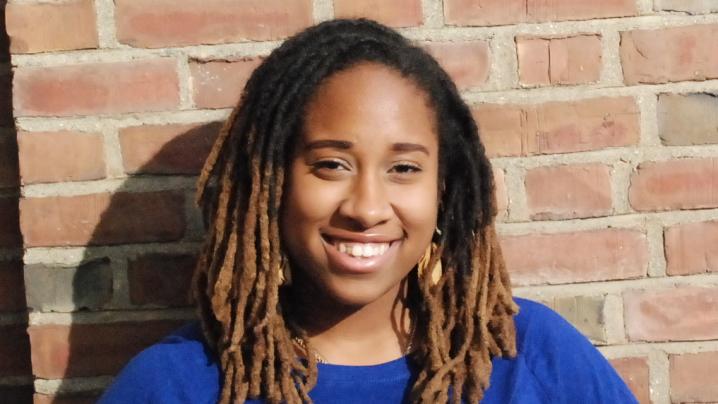 I had no exposure to tech growing up. The only exposure I had was the tech I was consuming. I always loved tech and games, and I was a very early adopter of Facebook and MySpace.

I always loved technology, but I had no idea I could be a developer; I didn’t even know what that was!

Over a college winter break I came across two different videos: one was a TED talk by Kimberly Bryant of Black Girls Code, and [the other was] a documentary by SHE++. They were both talking about how women should be more involved in technology. Kimberly Bryant specifically mentioned how women of color are avid users of technology, but they’re not involved in creating that same technology.

That led to a spark. I looked up computer science and how to code. I started taking classes in school and from there I was hooked. I loved how it allowed me to combine my creativity and love of the arts with my love of science and math.

You started with Python, what technologies are you using now?

Now I primarily use Objective-C for iOS Development.

I started with Python, and I think it’s a great beginner language. My first programming job was at this game design lab. It was a really cool lab; they made games for social change, trying to break down unconscious biases. I was mainly doing web and backend. It wasn’t until I got an internship with Time Inc. and started working on mobile (native) that I realized that this was what I wanted to do.

Right now as a junior at Dartmouth College, I’m the only black woman in my class studying Computer Science. It’s hard sometimes. Impostor syndrome has been a real thing for me. No matter how much I achieve, there are some moments where I think ‘did I deserve this?’ Shutting out those doubts has been the biggest obstacle.

The number one thing that has helped out is being a mentor. Seeing others push through their own obstacles has helped me with my own.

Over the summer I was in the Bay Area, meeting my peers and women of color in the industry, and that really helped. 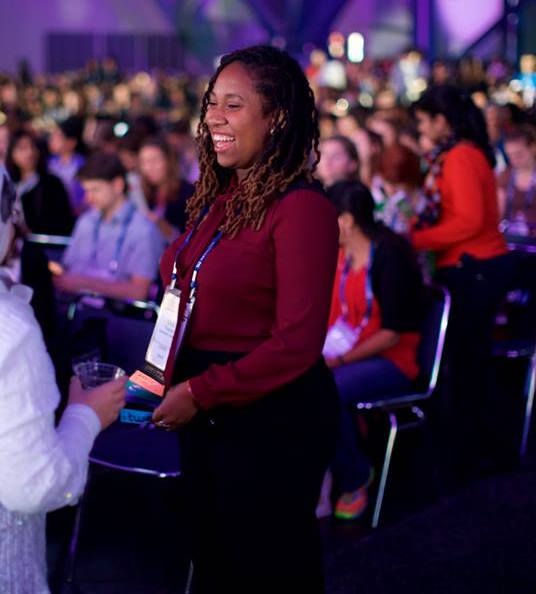 Whats were your misconceptions about tech?

I’m a huge movie junkie, and whenever they would talk about technology, or hackers, it was always some really young white dude, or a white dude in general. So it was something I couldn’t imagine myself doing, simply because there was nobody who looked like me represented.

I was just never exposed to the concept that coding/hacking was something that I could necessarily do. The funny thing is, back in the MySpace days I would edit HTML, and never knew that that was technically coding. I just thought I was pimping out my page {laughs}.

My main advice would be two things:

Number one, when you learn to code, realize that it’s applicable to any field or interest. It doesn’t necessarily mean you have to work for a tech company in Silicon Valley. Whatever you’re passionate about, your technology skills are translatable and applicable.

Number two, if you’re from an underrepresented group in the field, you’re going to need a support system. It’s so much easier when you have a community that supports and understands you.

My app, We Read Too! It’s an iOS app that serves as a book resource directory of hundreds of books written by authors of color with characters of color.

I’ve always loved reading, and I love helping people find books where the authors/characters have diverse backgrounds or outlooks!

It’s a really important project to me, and I hope to have the Android app out really soon.