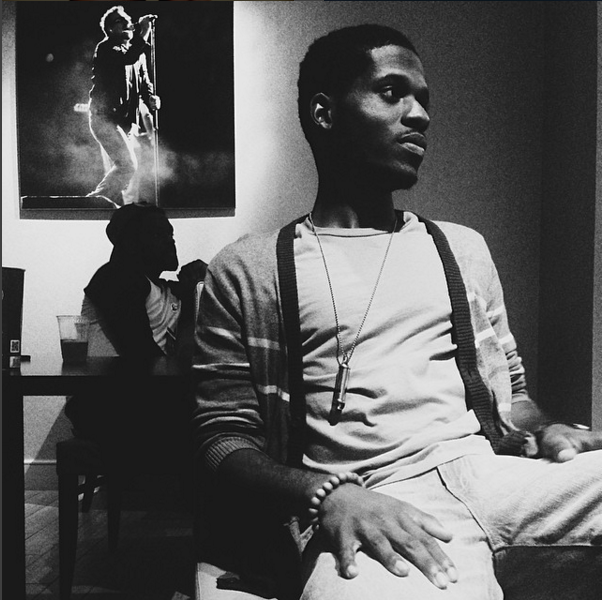 Before I even knew what I was getting into, I picked up on some knowledge during middle school that engineers make a lot of money! {laughs} I was always good at math and science, but before it was a desire it was: What do my skills tell me I should do?

As I got into high school, I think I had a soft pulse on the evolution of technology, and where it would be by the time I was a young adult. I began to see glimpses of the progress within mobile technology, and even in video games (with what Sony and Microsoft were doing).

I also started getting into music production, and I always thought that the software and tools available were really cool. If I couldn’t be a hit producer or writer, I knew that I could at least help the creative create by using this discipline.

When you’re a software developer, you create something from nothing, and the same goes for when you’re an artist; you start with a blank canvas and end up with a beautiful song. I realized how much of a cross-pollination there was with the two disciplines.

I got an internship with Microsoft and that set that off.

How was the internship?

It was great! I even got to meet Bill Gates at his house!

He was cool. He was actually really chill. It was funny: all the interns were asking super technical questions, and I was like, “What kind of music do you like?”

I was lucky, as I think that year was the last time they allowed interns to do that.

Absolutely. Let’s just start off with school: every year at the beginning, I would find myself at a crossroad of do I want to keep doing this, or should I switch majors to music?

The main obstacle was obviously coursework, etc. but also as a minority in tech, finding that support group of friends who would help you carry on.

For me it was a struggle; I didn’t pick it up easily. But the thing that I had was the interpersonal skills, networking, and hustling.

I was also really blessed to have people at the internships I had, who saw my hunger and believed in me.

I’ve actually had a a really delightful experience. I’m interested in seeing if the Valley really puts its money where its mouth is with all this “diversity” talk though, and gives more talented people of color a shot. However, I’ve had a blessed road thus far.

My first full time job was at Apple. I started off on the iOS QA team. There were three black people on my team, out of twenty-something people total {laughs}. But my parents did a good job of exposing me to different art, culture and people in various ways, even growing up in Detroit (which is one of the most segregated cities in the nation).

By the time I got to college, the campus population was 4% black out of a rough population of 40,000. So I was ready for anything when it came to the workplace.

I also made it a point that my work spoke for it self, in case there was any doubt based on the way I looked.

I do wonder how many people like me don’t know they can have this kind of experience. It will always be difficult to navigate this world if you come from a non-technical background prior to college like me, but I’ve really been passionate about letting young people know that if I can do it, you definitely can. 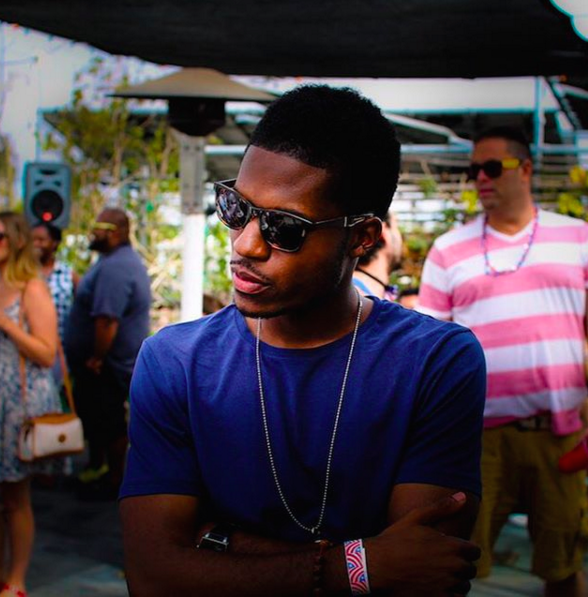 What’s been your perception of the industry over the years?

When I was a freshman, before any computer science classes, I always said I wanted to work for Microsoft. At the time Microsoft was everywhere. Working at a large tech company was the dream.

Now at my latest position at Snapchat, I joined as employee number 100, I was like looking around at everyone (with an average age of 22/23), thinking wow, they got Y’ALL running this ship {laughs}. I’ve just got a real sense of gratitude at the opportunities I’ve had to work with great people.

Quick disclaimer:  These are my personal views, and not the views of the company.

I got there in 2014. I was at Twitter at the time, and I could foresee what’s happening now with Twitter back then.

Can you elaborate on that?

Without saying too much, my manager (who was a big part of the reason I accepted my offer) decided to leave for personal reasons. That, along with the quick turnaround of management, made me feel like things didn’t look good.

I made some really great relationships there, but I just saw it moving in a direction that I didn’t want to be a part of. My day-to-day responsibilities were getting fuzzy, and the leadership wasn’t really making bold bets on product.

I’d always wanted to be in LA also for the sake of my music, but I also didn’t want to leave tech. I got reached out to by one of the head recruiters at Snapchat. I had just started using the product a few months ago. I initially thought it was stupid, but the more I used it, I became hooked. A month later I got an offer and moved out there.

It’s been amazing being at the ground floor stages of a wildly popular product. I don’t think at any point we’ve struggled to get a user base [knocks on wood]. Its been interesting seeing the growth internally and externally, and being a part of shaping and molding the future of media and communication.

The resources are so vast now for learning to code. If you’re a kid spending a lot of time on Snapchat, Vine, Facebook, Twitter, etc., then you can spend a few hours learning to code. It’s always worth it. Working for Snapchat and interacting with celebrities/musicians etc., they view me as a ‘rock star’ by helping build the products they use everyday.

Having the technical skills gets you into so many different rooms. I never imagined I’d get to meet Steve Jobs or Bill Gates, being just a young kid from Detroit.

You’ll never be without an opportunity. I can’t count how many times I’m pitched an app idea.

I know as African-Americans we are heavy consumers of these products, and that we move the needle when it comes to pop culture. But we need to be on the inside influencing decisions internally as producers.

If you’re thinking about it, dive in. If you like it, cool. If you don’t, no worries, as I understand it’s not for everyone.

Check out my mixtape … {laughs} No I’m just playing, but you can checkout my soundcloud!

Let me come of this microphone before I saying anything more. {laughs}