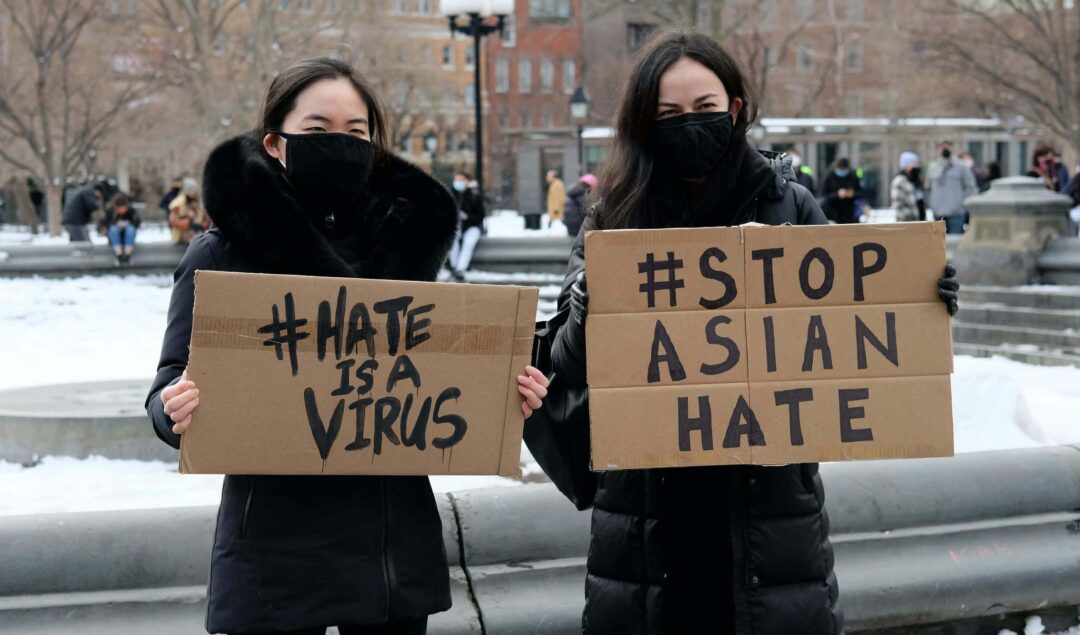 They’ve been spat on, called racist names, harassed in grocery stores, and violently attacked. Since the emergence of COVID-19, some combination of misinformation, disinformation, and conspiracy theory has been weaponized to target people perceived to be Chinese.

The violent consequences of online disinformation targeting Asian American and Pacific Islander communities demonstrate the power of the internet to stoke racial resentment.

Misinformation, disinformation, and online hate speech have led to widespread violence in India, Myanmar, and Sri Lanka in the past several years.

Conspiracy theories targeting the AAPI community have caused upswells in hate crimes in past eras of U.S. history.

For instance, the “Yellow Peril” discourse of the 1800s represented East Asian people as a source of vague and ominous danger. The 1982 Vincent Chin murder was motivated by racial scapegoating in the wake of Japan’s rise as a world power.

Meanwhile, the persistent “model minority” narrative was used by White Americans as a racial wedge to divide Asian and Black people during the 1960s civil rights movement.

The ubiquity of the internet, however, creates a different context for the spread of anti-Asian hatred today.

In online spaces, hateful hashtags such as #ChinaLiedPeopleDied and #Chinazi have spread rampantly, and conspiracy theories about COVID-19’s origin as a biological weapon from China have gone viral.

Online media outlets, meanwhile, have covered hate crimes against the AAPI community, such as the March 2021 Atlanta spa shootings, from the perspectives of the perpetrators rather than the victims.

Explicit and implicit bigotry in the online information ecosystem continues to fuel the marginalization of Asian people in the United States during a volatile period of the country’s history.

The current surge of discrimination and violence against the AAPI community would not be possible at this scale without the internet. My colleagues and I at Harvard’s Shorenstein Center observe that a right-wing media ecosystem has strategically targeted AAPI communities.

These news sites and influencers proliferate misleading statistics and videos to stoke anti-Asian hatred and even sow divisions between the AAPI and Black communities.

Media manipulators stand at the ready to push political propaganda and gain passionate followers. This antagonism is amplified through platform algorithms that promote controversy and stoke resentment between different social groups to drive online engagement.

The rate at which disinformation and divisive content can spread in the digital era is unprecedented, and they consequently lead to real-world unrest.

The misrepresentation and underrepresentation of AAPI voices by politicians and the media has permitted online disinformation to spark violence against minority groups during the pandemic. As a communications scholar and disinformation researcher, I find it essential to conduct more interdisciplinary research into how members of the AAPI community navigate the diverse threats of the contemporary digital environment, from racist conspiracy theories to an extremist right-wing ideology that preys on the community’s current state of fear and anxiety. What are new memetic expressions of the “model minority” myth on the internet? What are the popular vernaculars, ethnolinguistic codes, and cultural humor that right-wing influencers use to appeal to their followers while evading platforms’ content moderation? These are challenging questions that require more data, more deliberation, and more community-engaged research.

The violent consequences of online disinformation targeting AAPI communities demonstrate the power of the internet to stoke racial resentment at a faster pace and broader scale than earlier media ecosystems. This is one example of the larger trend of ethnic violence originating from online discourse around the globe and emphasizes how viral hatred is not limited to autocratic countries overseas but has also taken root in democratic nations such as the United States. 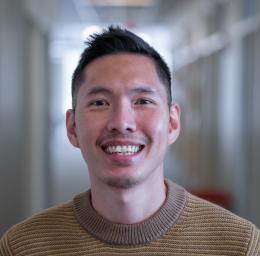 Jonathan Corpus Ong is an associate professor of communication at the University of Massachusetts at Amherst and currently a research fellow at Harvard’s Shorestein Center.