By Abbianca Makoni September 30, 2021 in Break into Tech, Engineers, Main No Comments 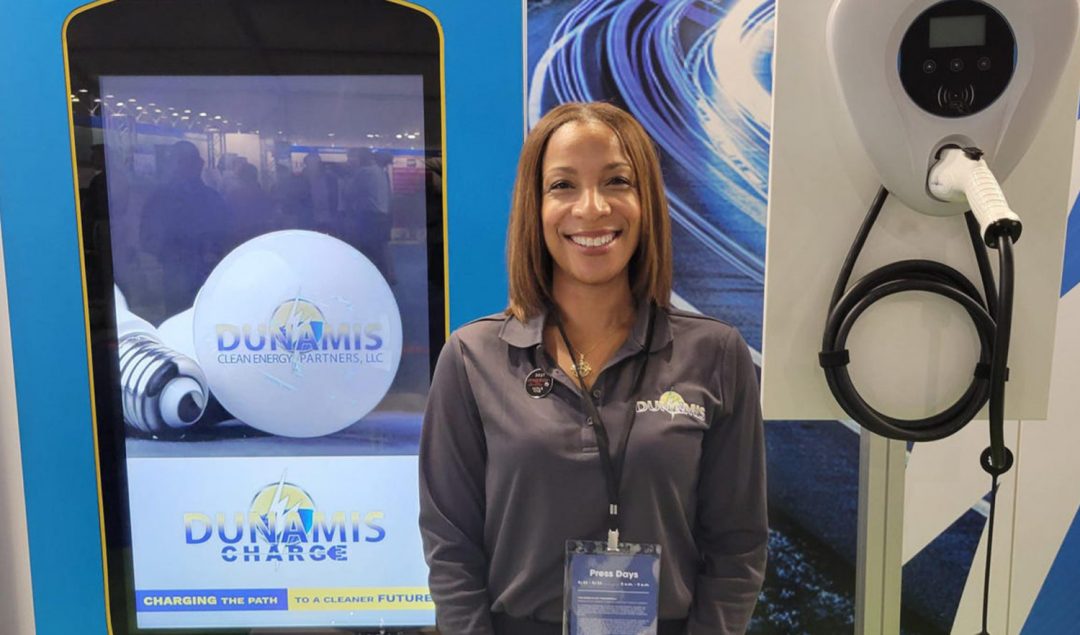 Dunamis Clean Energy Partners has a fast charger that can recharge a vehicle in 30 minutes. It also comes with a screen that allows operators to advertise to pick up an additional revenue stream.

With the residential model, users can mount it to their garage wall and expect a full charge for their electronic vehicle in four-to-six hours.

King’s journey to building Dunamis Charge began in 2007 when she and her ex-husband launched a solar energy firm. She revealed that when the marriage ended, so did the company. But what didn’t change was her passion for clean energy, reported Afro Tech.

Here we take a deep dive into her journey

In 2012, she created Dunamis Clean Energy Partners. This company worked as a trade ally for several utility companies, and incentive procurement focused on commercial and industrial customers. The company also engaged in energy auditing for various companies.

She birthed the idea after taking a quick nap. She told Forbes that after her nap, there was “a clear direction of the next thing you need to do is electric vehicle charging manufacturing.”

What were some of the challenges she faced?

In an interview with Forbes, King explained how “it wasn’t easy breaking into the EV recharging business which is male dominated” as an African-American woman.

She said: “it means a great deal to me to be the first black woman-owned EV charger manufacturer in the country. I am really hoping there are more to come. I want to make sure communities of color are not marginalized and not left out of this opportunity and the multiple benefits this industry brings.

“That’s why I made it point to make sure that our assembly plant was located in the city of Detroit,” said King. “I wanted to create jobs from this industry. I want those who are under-represented, those from unemployed communities to be able to learn this technology, feed their families from this technology, and really advance and take advantage of it. So it’s very important to me.”

What are King’s future ambitions?

According to Forbes, King is currently marketing the chargers to utilities and municipalities, and already, the device has attracted the attention of the Michigan Department of Transportation and Environmental Great Lakes Energy. She is also in talks with General Motors Co.

“Once we get our certifications and testing approved, we would be considered a preferred vendor for their dealership base,” King told the outlet.

Dunamis is set to start production this fall at a factory in Detroit, where they have hired approximately 30 assembly workers and technicians with plans to quadruple the workforce by 2025.