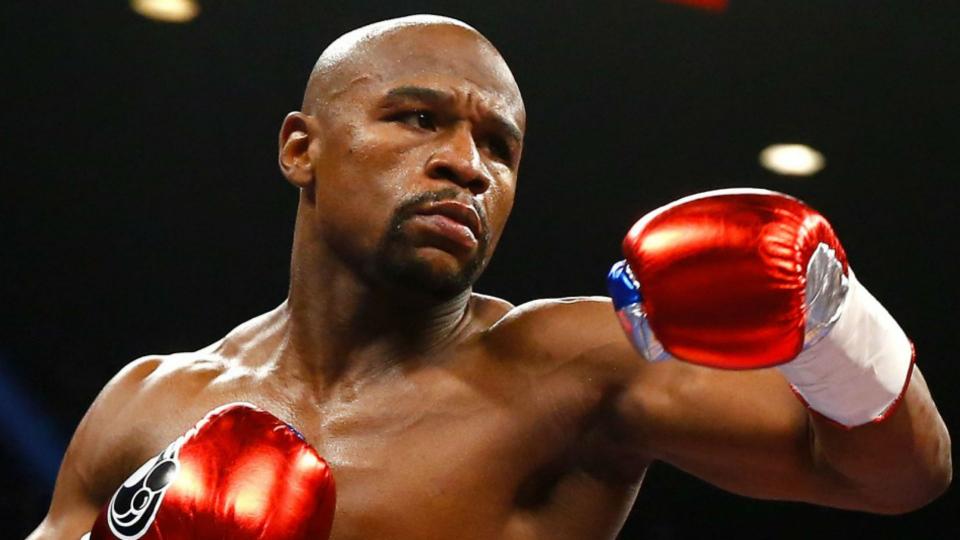 Floyd Mayweather has announced the drop of a new NFT Project called Mayweverse. The project will consist of 5,000 NFTs and is set to launch on Wednesday. Fans on Twitter, however, are not pleased with the announcement and accused him of scams, taking people’s money, and abandoning projects.

There will be five different NFT cards with a quantity of 1,000 available for each. In a tweet on the official Mayweverse account, it tweeted: “The mint price will be 0.3ETH bringing you maximum profit and value.”

Floyd had previously launched a competition to get people to follow the Twitter account. He said he would give away $100,000 to one lucky person who follows the account, likes and RTs, tags 5 friends, and joins the discord.

We haven’t seen the winner announced yet. But he ran another competition. “We aren’t done yet,” he tweeted, adding, “I’ve got another surprise for you I’m going to give 2,000 Gloves signed by Me to 2,000 LUCKY Mayweverse Holders.”

But one Twitter user said: “How many months before this project slow rugs?You’d have to be stupid to pay 0.3 ETH for this with the track record Floyd has in crypto. Abandoned his last two NFTs projects, promoted countless rugs undisclosed.”

Another tweeted: “Do you guys understand why not one comment is positive? Or do you just not care? Floyd expects to get paid by a community while putting in zero effort to be part of the community.”

For those who might be confused about why there’s such negativity towards the announcement, here’s a break-down:

Floyd Mayweather was previously sued along with Kim Kadarshian for what is called a “cash grab”. He was accused of inflating and promoting Ethereum Max(EMAX) tokens, only to cash out as soon the prices rose.

We reported on the issue here, where it was found that the lawsuit, which accuses the stars of misleading their followers in what has been described as a pump-and-dump scheme, claims the celebrities convinced their fans to buy EthereumMax tokens, only to sell them once their value was inflated.

According to the Hollywood reporter – they were allegedly paid in tokens for their sponsorships and exited with substantial gains, leaving investors holding the bag, the lawsuit claims.

“Defendants touted the prospects of the Company and the ability for investors to make significant returns due to the favorable ‘tokenomics’ of the EMAX Tokens,” reads the lawsuit filed Friday in California federal court and seen by the HR.

Some have also accused him of abandoning two previous projects – while we cannot accurately confirm which projects the Twitter user is talking about we do know that Floyd previously had projects called ‘Bored bad bunny’ and RealFloydNFT, which both reportedly fell flat.

Through research – we also did come across a video alleging that the ‘pretty boy’ boxer scammed a YouTuber named Coffeezilla. The short video was named ‘Floyd Mayweather Scammed Me.

We won’t go too much into the video as we can’t confirm a lot of the details, however, what we have found is that Floyd was previously sued for failing to disclose payments he received for promoting investments in Initial Coin Offerings.

The SEC’s orders found that Mayweather failed to disclose promotional payments from three ICO issuers, including $100,000 from Centra Tech Inc., and that Khaled failed to disclose a $50,000 payment from Centra Tech, which he touted on his social media accounts as a “Game changer.” Mayweather’s promotions included a message to his Twitter followers that Centra’s ICO “starts in a few hours. Get yours before they sell out, I got mine…”

A post on Mayweather’s Instagram account predicted he would make a large amount of money on another ICO and a post to Twitter said: “You can call me Floyd Crypto Mayweather from now on.”  The SEC order found that Mayweather failed to disclose that he was paid $200,000 to promote the other two ICOs.

Mayweather and Khaled’s promotions came after the SEC issued its DAO Report in 2017 warning that coins sold in ICOs may be securities and that those who offer and sell securities in the U.S. must comply with federal securities laws. In April 2018, the Commission filed a civil action against Centra’s founders, alleging that the ICO was fraudulent. The U.S. Attorney’s Office for the Southern District of New York filed parallel criminal charges.

Without admitting or denying the findings, Mayweather and Khaled agreed to pay disgorgement, penalties and interest.

In addition, Mayweather agreed not to promote any securities, digital or otherwise, for three years, and Khaled agreed to a similar ban for two years. Mayweather also agreed to continue to cooperate with the investigation.

So in other words – there’s just a lot that has happened that is making fans feel cautious.