By Abbianca Makoni January 13, 2022 in Main No Comments 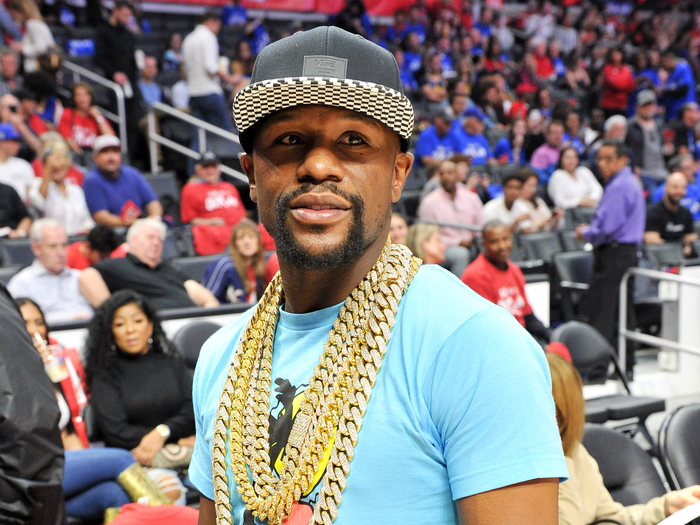 Floyd Mayweather is being sued for his alleged involvement in an investor cryptocurrency scam, which claims these celebrities misled followers in a scheme.

But he’s not the only one – Paul Pierce and Kim Kardashian are also being slammed with a lawsuit.

The lawsuit, which accuses the stars of misleading their followers in what has been described as a pump-and-dump scheme, claims the celebrities convinced their fans to buy EthereumMax tokens, only to sell them once their value was inflated.

According to the Hollywood reporter – they were allegedly paid in tokens for their sponsorships and exited with substantial gains, leaving investors holding the bag, the lawsuit claims.

“Defendants touted the prospects of the Company and the ability for investors to make significant returns due to the favorable ‘tokenomics’ of the EMAX Tokens,” reads the lawsuit filed Friday in California federal court and seen by the HR.

“In truth, Defendants marketed the EMAX Tokens to investors so that they could sell their portion of the Float for a profit,” it added,

Filed on behalf of a New York resident by John T. Jasnoch of Scott + Scott Attorneys at Law LLP, according to The Hollywood Reporter, the class action lawsuit looks to represent individuals who purchased tokens between May 14 and June 27, 2021.

On June 14, Kardashian posted for her 250 million followers on Instagram an ad for EthereumMax, which has no connection to established cryptocurrency Ethereum.

“Are you guys into crypto???? This is not financial advice but sharing what my friends just told me about the Ethereum Max token! A few minutes ago Ethereum Max burned 400 trillion tokens—literally 50% of their admin wallet, giving back to the entire e-max community. Swipe up to join the e-max community,” the Kardashian post states.

The lawsuit claims that the post had a lot of reach.

Mayweather and Pierce had similar roles in the alleged scam, according to the lawsuit.

EthereumMax announced on the same day that it was the exclusive cryptocurrency accepted for online ticket purchasing for the fight between Mayweather and Logan Paul, according to the lawsuit.

The website to buy tickets offered various incentives to people purchasing tickets with EMAX tokens, including boxing gloves signed by Mayweather and an opportunity to attend his afterparty.