Listicle: Overall Numbers On funding For Latinx founders Are Depressing, But Individual Stories Are Inspiring 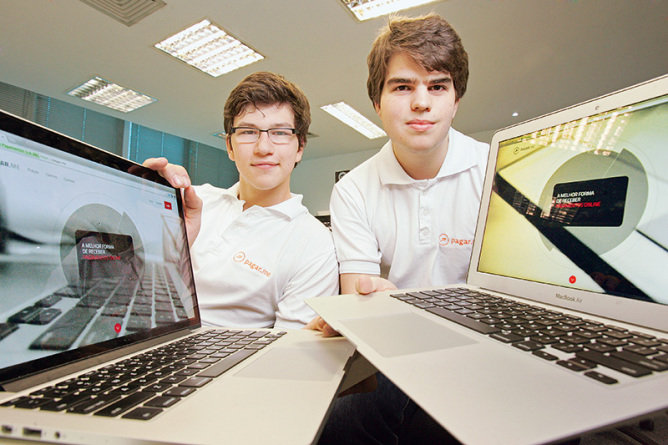 Latinx founders are the fastest-growing group of entrepreneurs in America–but their businesses are struggling to scale and that is partly due to the serious lack of funding they’re given.

Latinx founders own 350,000 businesses with employees in the United States, and these businesses create nearly three million American jobs, according to research I led with Stanford University’s Latino Entrepreneurship Initiative.

And yet they receive a small portion of the investment piece. While overall numbers on funding for Latinx founders are depressing, Individual stories are inspiring.

The 2021 Crunchbase Diversity Spotlight Report highlights the 30 Black- and Latinx-founded companies that raised the most funding this year.

We’ve decided to use this article to focus and hone in on the Latinx-founded startups.

Brex, founded by Henrique Dubugras and Pedro Franceschi, raised $725 million. “Brex makes a corporate credit card product and is based in San Francisco.”

When Henrique Dubugras started getting legal notices about a video game that the then 14-year-old had hacked together and put on the internet for free – his own version of a popular Korean online role-playing game – his parents were not pleased, reported CNBC MakeIt.

Today, Dubugras, 25, is the co-founder and CEO of corporate credit card start-up Brex, which is valued at roughly $7.4 billion. Dubugras and his co-founder, Pedro Franceschi, 24, are reportedly each worth $400 million.

Hinge, which has since relocated to San Francisco but whose software engineers remain in London, was founded by Daniel Perez and Gabriel Mecklenburg, two scientists who studied at Oxford and Cambridge respectively.

“We believe this will be driven by tech-enabled solutions that bring consistent high-quality care to even the most remote places, and especially to those who might not have had access to it before. Hinge Health is a powerful example of this,” their Atomico partner Carolina Brochad previously told the Evening Standard.

In a 2018 blog post, Max Rhodes said: “When Daniele, Marcelo, and I started Faire, we knew we could build something big. We saw a massive opportunity to create an online marketplace that would help local retailers and makers break free from the inefficiencies of an antiquated wholesale model.

“We knew the shop local movement and the maker revolution were waves that would provide strong tailwinds to spur our growth. That said, we never expected we would get this far this fast.

“Our mission at Faire is to empower entrepreneurs to chase their dreams. We believe entrepreneurship is a calling. Starting a business provides a level of autonomy and fulfillment that’s become difficult to find for many elsewhere in the economy.

“With this in mind, we built Faire to help entrepreneurs on both sides of our marketplace succeed. With this additional capital, we will double down on the success we’ve had so far and create even more opportunities for our retailers and makers.”

I’m sure you’ve heard about this company.

The Duke of Sussex has been appointed ‘chief impact officer at mental health services business BetterUp by CEO Alexi Robichaux, where he will help promote an app used by corporate giants including Hilton, Facebook, and oil firm Chevron to improve the wellbeing of their staff.

Capchase, founded by Ignacio Moreno, Luis Basagoiti, Miguel Fernandez, and Przemek Gotfryd, raised $405 million. “Capchase is a New York-based company that provides financial solutions to startups by allowing them access to funds as they grow.”

Capchase helps recurring-revenue companies unlock cash that is otherwise tied up in future subscription-based payments. This allows founders to either reinvest the upfront capital in profitable growth initiatives or secure cash on hand to extend their runway.

The firm has a significant impact on the businesses it finances, according to AP.

The news agency reported that founders who partner with Capchase delay equity raise by about eight months, raise capital on more favorable terms, and can become cash-flow positive.

As a result of working with Capchase, founders save 16% in dilution on average while avoiding costly discounts for upfront cash, it added.