By Abbianca Makoni January 13, 2022 in Break into Tech, Fundraising, Interviews, Main No Comments 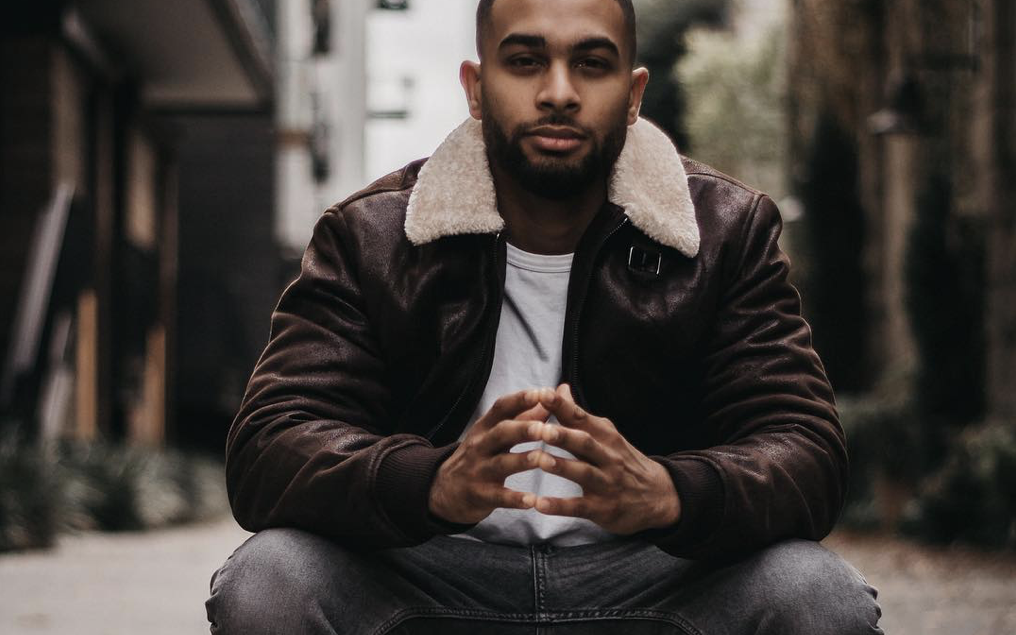 We sat down with Ruben Harris, the man everyone is talking about, for an interview discussing everything from imposter syndrome, bootstrapping a company, making time for personal hobbies, and of course his startup, Career Karma, a company that matches career switchers to alternative education paths that might help them break into the tech industry.

Currently, three million people per month visit Ruben’s platform in search of career advice. Individuals are matched for the best job training program for them. They also have access to a community of thousands of people in live audio rooms, giving them support to complete programs and find jobs.

About 90% of the startup’s revenue comes from fees that the schools pay to Career Karma on a per-person basis for each of those 25,000 people per month who are matched to a program.

Founded in 2018 by Ruben and twin brothers Artur and Timur Meyster, Career Karma grew out of a podcast the trio launched two years earlier to help outsiders to break into the tech industry.

Harris, a native Spanish speaker who graduated with degrees in music and business, had moved to San Francisco without a background in tech or a job offer but launched his career after securing a contract position at the edtech startup AltSchool.

Strong engagement on the podcast led the three founders to make a go at building a tech product to augment their advice. Career Karma went through the Y Combinator accelerator and initially catered to hopeful developers by linking them to the best fit among hundreds of coding bootcamps, such as App Academy and the Lambda School.

Here he tells us more about his journey and gives POCIT readers some nuggets of wisdom.

What advice would you give to young Black, Asian, and Latinx founders out there?

What I want to say is that you are enough, don’t try to be somebody else, or communicate that you’re somebody else because whoever you are is your superpower and anytime that you feel yourself deviating from your core, that’s probably a bad idea.

Imposter syndrome is a real thing but you’re not an imposter. Perfection is the enemy of execution. So I feel that people that are often underestimated feel like they have to do more than everybody else, but listen just go for it.

Let’s start with a warm-up question. I guess on the topic of hobbies – how do you find time for socializing and making your own personal time when building something this big?

I’m also a cellist and I haven’t practiced much this month so far and that’s not a good thing. Like I feel it in my fingers. My baby misses me, right. But I’ve surrounded myself with people that pull me to do personal things and they kind of force me to do it – so that’s one way. The other way is I am religious (Seventh Day Adventists) so Sunday, Fridays, and Saturdays are the Sabbath for me. So that’s the time for me to focus on my personal family time.

You made a transition from investment banking to the tech world – how much did Linkedin help you navigate your way into this minefield?

LinkedIn actually wasn’t the biggest thing for me as I was making the transition into tech. A lot of the stuff that helped me was in-person events and actually knowing how to leverage things like Twitter and networking online. I also read a lot of articles to gain more knowledge on what to do and how to do it right.

But what happened is one of our buddies quit the investment bank industry and he popped up three months later as a software engineer he went to a boot camp called Flatiron School and he was in the same cohort as the CEO of ladders, who also did a boot camp, but he’s also the brother of the president of Y Combinator.

So that’s how he found out what Y Combinator was and for the people that don’t know Y Combinator, as an accelerator that has generated over $100 billion in the many years. When he came back he told me about the possibilities of the tech world and the opportunities available.

Okay so let’s talk about building Career Karma, getting the series B funding, and the future. Challenges you experienced during your journey?

Some of the challenges have been really about understanding the data and how to use it.

So we have gotten really good at getting data on our site. We now gather data on what people need, what they spend, and potential workers are able to also share, what they’re looking for in the jobs sector and what they’re going for.

I think if we really want to serve people, not only do we need to have to gather data about what people need, what they’re looking for, we have to be able to segment them very well to understand their level of intent, and then create, and design, customized ways of following up with those individuals. This is so we can be able to get them into a school, but also support them during the school days and during the job search, and all the way into employment.

A lot of people are usually torn between bootstrapping and getting VC or angel investing – what’s your advice to them?

I think it starts off by asking yourself, what problem are you trying to solve? And then how big is that problem? A lot of people start companies just to make a lot of money. A lot of people choose to solve problems that are personal to them or issues that they have.

So you need to ask yourself if you want to build a company that solves the problem and you want it to become massive in five to 10 years. If that’s the case, then venture is a good idea. You need to figure out where you want your company to be in the next few years, and how fast you want to grow. But I’d like to say that I think angels are definitely underrated – they do give you superpowers to get introductions to the right people.