By Julian Canlas March 25, 2019 in Africa, Engineers, Main No Comments

How Coding Helped This Nigerian Immigrant Find A Modicum Of Control In A Hectic World! 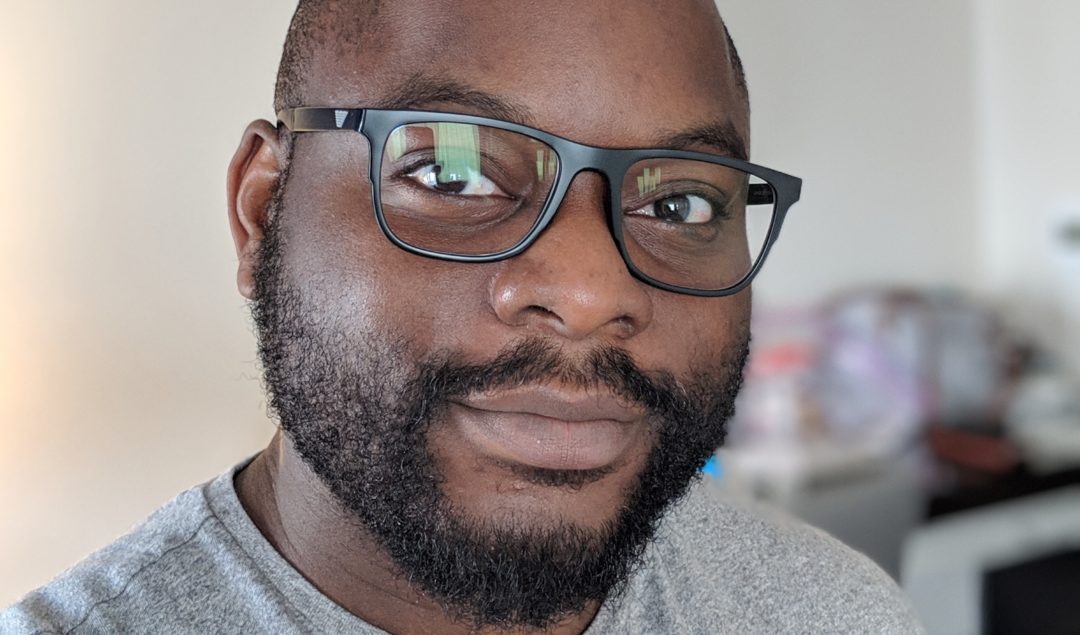 In 2001, as a 17-year old kid in Nigeria, Ina Onoche decided to learn to code. His interest was piqued when his friends told him that only “geniuses” like Bill Gates could become Software Engineers. Challenge accepted. “I didn’t think it was that hard,” Ina says, learning solely through books and in spite of Nigeria [like most countries at the time] only having limited dial-up access.

“After I started playing around with computers, they became so interesting to me.”

In this interview, Ina talks about moving between different countries, his career trajectory as a black immigrant and the power of tech in shaping Nigeria and the world.

“Around the world, there’s so much going on and there’s very little influence you can have as an individual. Programming is a great way to have complete control. There is a problem and if you can sit down for long enough you can solve it.”

Wanting to see the world, Ina decided to study computer science in Malaysia. He was able to attain “a good feel of the culture” but also experienced a great deal of discrimination. Ina says, “I didn’t expect the racism. And it was right in your face – people insulting you and calling you things. But luckily I had support. I had terrific Malaysian friends who were very accommodating.”

Making The World A Better Place.

After finishing a graduate program at Cornell University, he spent eight years climbing the ranks at Goldman Sachs. “Goldman is probably one of the more tech-centric banks,” Ina says. “I think technology focused engineers comprise one-third of the company and they are incredibly smart people, which is one of the reasons I stayed there for so long.”

One of Ina’s major inspirations in life is Dean Kamen, an American inventor known for the Segway (a computer-controlled self-balancing human transporter) and the first drug infusion insulin pump AutoSyringe. Dean Kamen inspired Ina “to do stuff that matters” because life is short. “You might not be able to do stuff that makes that much of a difference, but you should at least feel fulfilled or happy about some of the stuff you’re doing.”

When Ina didn’t feel happy at Goldman Sachs anymore, he rekindled his love for coding again at Flatiron Health – a healthcare tech company focused on improving cancer research and patient care. “I think it’s amazing how Flatiron has found a way to recruit people that are passionate about its mission.”

Ina also acknowledges that while Flatiron is a private enterprise that is profit-seeking, it is also trying to make the world a better place.

“Unfortunately, money is a big part of most things in our world. If you get no funding, nothing ever gets done. So I think having that mindset will help us progress even faster.”

Ina says that the stakes are higher for people of color, in general:

“If you’ve been told something by society over and over, you start to think that it’s correct. You see a white person or Asian person from MIT and people assume they’re smarter than the black person from Harvard. The truth is a lot of people are just ignorant. It’s harder for us and minorities in general: we have to prove ourselves more.”

Nigeria and the Shifting Face of Technology

To Ina, liberation lies in representation. He wants people of color to see themselves represented in tech, in the same way Bill Gates represented tech to his friends.

For people of color, “we need to be able to see other people like us who have used technology to grow, evolve and get out of their situation.”

Visiting Nigeria at least once a year, Ina says “they’re all these little incubators in Lagos and Abuja. People are investing in companies. There was this village where they’ve set up high-speed internet and a bunch of facilities for companies to start.”

Tips For People Who Want To Start A Career In Tech

Tech Is a Broad Field. Pick Your Niche.

Ina advises that people figure out what niche they want to get into. Programming has many specializations.

“I wanted to be a hacker, a database administrator, a network engineer. I was doing all those things at once. Later I realized that my focus was too broad.”

Take Advantage of the Many Online Resources to Learn.

Ina is bullish on the many online resources available for people wanting to expand their knowledge: MOOCs, Coursera, Udemy etc.

Look for Mentors and Role Models.

He also advises people to find mentors. “A lot of people are willing to help.” He elaborates: “It helps to find people who look like you because it helps you to identify with their struggles and to encourage you to get to where they are.”

It Is Harder for People of Color, so Grit and Determination are Vital.

“There may be times when as a person of color you wonder if  you didn’t get the job for the way you look or sound on the phone.”

“Awareness that these challenges exist is a step.” But Ina stresses that people shouldn’t lose sight of what they want to achieve. “Trying over and over and over again” is the key to success.

Ina says, “there are days when I don’t want to get out of bed, after applying to a lot of places and not hearing back. But when the opportunity arrives, you better get ready.”

18 Black Women In Tech Say What They're Really Proud Of.