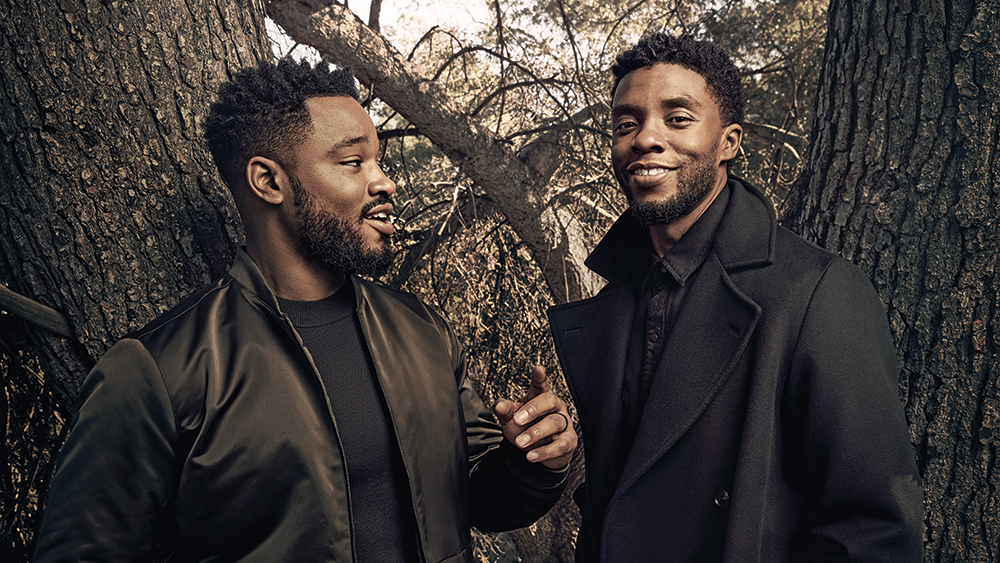 I’m ecstatic for the new Marvel movie Black Panther, which opens this Friday. For me, it’s much less about watching another action movie — my favorite genre of film — or getting to see what happens next in the Marvel Cinematic Universe. It’s much more personal than that. Black Panther means a lot because I finally, after 31 years on this earth, I get to see a black superhero star in a major franchise film. That’s not to say I haven’t loved every iteration of Superman, Batman, Ironman and the countless other male superhero movies that have commanded the silver screen. I even cheered for Wonder Woman, released last June, because of its strong female lead and theme of empowerment. A common thread among those main characters, however, was the very fact that they were all white. And while I have no problem with that reality — films almost always mirror the hero’s comic form in terms of race — growing up in inner-city Detroit, I always wondered why no superheroes looked like me.

Collectively, superheroes have a special place in our lives. I believe across all ages and genders when a person is first presented with the concept of a superhero — someone capable of doing truly extraordinary things for good — it allows them to imagine that they too have the capacity to do extraordinary things and reach extraordinary heights. For children, this can be an incredibly powerful asset — superheroes serve as guideposts, symbols that empower them to confront their own enemies and obstacles through sheer will and imagination.

As a kid, however, I often found it difficult to envision myself as someone like Superman or Wolverine, since neither of them looked like me. I fell prey to a toxic strand of thinking: that I wasn’t worthy of greatness, of my own superpowers, that this kind of singularity was only for people of fairer skin complexions. And while I know no one can be a superhero theoretically, the message and influence a superhero conveys can equip young boys and girls with the tools to take on the world. Which is to say: in a sense, not being able to identify with a black superhero while growing up left me powerless.

Funny enough, I now see direct parallels between my childhood devoid of black superheroes and the current state of the tech industry in the U.S., where there is a considerable lack of black leaders. For decades, there has existed a gross underrepresentation of minority tech leaders among Silicon Valley’s darling enterprises, from Google to Facebook. A recent analysis by Recode highlighted that black leadership at some of the top US Tech firms averages 3%. And while these same companies are committing resources and efforts to improve these numbers, the issues still exist. The modern challenge to highlight and promote diversity in tech has the potential to limit the imaginations and aspirations of young black boys and girls, much like the suppression of black superheroes in mass media.

I’ve often questioned my abilities to become a tech entrepreneur; the road before me feels unpathed, if not impossible. Having someone to look up to, to model yourself after is extremely vital to the industry’s growth, as our heroes (whether super or not) provide us with examples and models to strive for. I know this may seem like a far reach for some, and there are others who may believe in the adage, “You can be anything you want to be.” However, it can feel painfully hopeless to pursue a dream that has no guidepost, no northern light to offer a way forward.

So, when I say I’m excited to see Black Panther this week, it’s not because it’s another action film or the perfect outing for Friday night. It’s because the movie has the chance to empower the lives of young black boys and girls by the very images director Ryan Coogler renders on the screen. It could very well spark the next generation to tackle the challenges that plague our sick world. And we’re just now seeing the beginning of it, with the success of entrepreneurs like Tristan Walker (Bevel), Ryan Williams (Cadre), and Kimberly Bryant (Black Girls CODE). Most importantly, though, Black Panther provides kids and teens with the opportunity to envision themselves not as the next Mark Zuckerberg or Steve Jobs, but as something grander, something better — a black superhero.

This also holds true for all the other underrepresented superheroes out there!

A Young Black Man navigating his way through a love for tech, diversity, sports and all things that make the world a better place