By Melvin Perry May 7, 2019 in Articles, Career Growth, Main No Comments 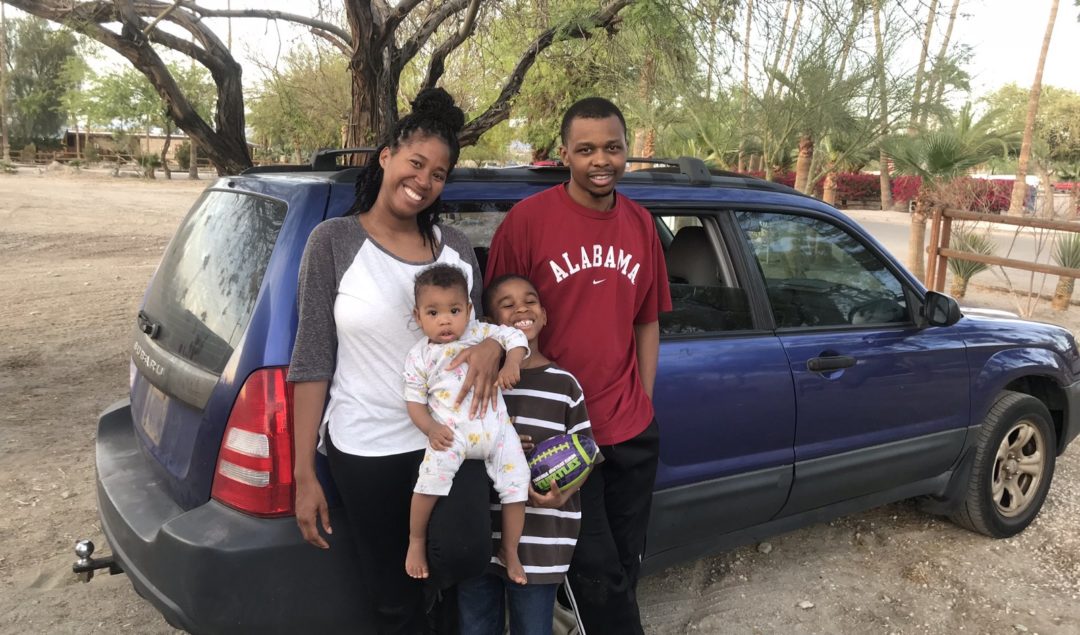 When I first started at Lever I shared my story about my journey here with some coworkers. It was deeply personal, but the people I talked to encouraged me to keep telling that story. I wanted to share some of it here because I know others will see themselves in it, and I believe that we should be real and celebrate whatever paths we take to get where we’re going.

Here’s a few things you might know about me.

I’m motivated, passionate, adaptable, and determined. I drove more than 2,700 miles to work for Lever, selling my 2003 Forester — with almost 300,000 miles on it! — along the way. I arrived in San Francisco with less than 24 hours to spare before my first day. I have two degrees (Entrepreneurship and Film Studies), a wife, and two children (a boy and a girl).

And here’s a few things you might not know.

At 19, I stood in front of a judge who questioned what my role in a productive society was. It was at that point that I knew something had to change. I enrolled in college with a 1.0 GPA, but truly believe education saved my life.

My path to today where I’m an Account Executive at Lever wasn’t a direct line. I don’t have a traditional tech background, but that makes me an asset. I grew up with a single mom, and we’d move every year. The school system would change every year, the environment, the language barriers. We’d move into one neighborhood where it’s predominantly white, and then we’d move into another where it’s predominantly Hispanic. I had to learn to be adaptable and roll with the punches.

At an early age, I learned how to steal cars, move drugs, and vandalize. I was a general nuisance to society and I wasn’t creating value for anyone other than myself. In my mind I was enterprising, I was taking risks, but they were the wrong risks.

In college, I had to figure out a way to support my wife and family towards the end. As a result, I worked two jobs, fueling planes at night and buying aircraft products during the day. I worked on a sustainability project that introduced geothermal heating and cooling technologies into former textile buildings, and I worked as a janitor cleaning government contractor buildings. Eventually, we moved to Dallas where I got introduced to tech. I reinvented myself, learned 21st-century skills, and figured out how to earn a living.

I took a job in Charlotte, leaving Dallas, where I learned how to cold call making 150 calls a day at a company called Yodle. I didn’t know any of the technology, just learned it as I went along. I later moved on to selling service storage and networking equipment. I took coding classes and tried to understand how people approach and solve problems with technology: how to build it, sell it, package it, promote it.

My wife encouraged me to pursue my growing dream of working at a tech startup in California. I just happened to meet a gentleman at Starbucks during one of my trips here as I was looking for work, and I told him, “I’m in town and I’m looking for an opportunity to live here. This is a dream of mine. I’m Melvin.”

Fast forward two years later to when he introduced me to Kristin, who would go on to work for Lever. At the time she worked for another tech company and interviewed me for a job there, which I didn’t get. I stayed in contact with her and reached out again when I saw she was now at Lever.

I had been trying to get to California, and everyone kept telling me, “No,” or “You don’t have the tech background,” or “You’re not local.” These companies asked why I wanted to move to California or criticized me for not having the right background or qualifications. One agency set me up to interview with a startup. I flew out on my own dime. It was an 8-hour-long interview with six guys, and during the interview, the CEO literally went and started working out across the street. He’s doing squats and stuff and I’m like, “I’m here for an interview.” It felt like they were doing me a favor.

In most interviews, you have to put your professional mask on. When I interviewed with Lever, I didn’t have to do that. I felt like there was just a very authentic interest in understanding me as an individual and me as a candidate. I didn’t lie about my background, personally or professionally (I had only sold hardware up until this point) they were curious about what I wanted to do next and how my experience and drive could make me an asset to the team.

Because Lever has a strong mix of individuals who historically weren’t celebrated and represented, whether they’re underrepresented in tech or have less traditional paths to Lever, it creates this place to come and not feel threatened by sharing your story. No one else celebrated that. But Lever did. They had the open mind to say, “He’s either going to fail or he’s gonna do really good. We’re willing to take the risk because we believe he has the skills to succeed here.”

When I got the offer I didn’t know how I was gonna make it happen, I just knew I had to get here. So we packed up the kids, the car, the U-haul and hit the road. By the time we got to the Arizona/California line, the car broke down. This was maybe the third time it happened, and I just kept saying, “I gotta get there. I’m not gonna let anything stop me.”

I had 48 hours to get there before I started work on Monday.

I think it was the universe’s way of asking me, “How bad do you want this?” I knew how many opportunities were here and how Lever was so open-minded that they were giving me something to work with. That was enough to keep fighting.

Now I’m here and it’s been almost seven months. Our CEO, I keep just telling everyone “she’s dope.” She grew up in Alabama. She didn’t come from Silicon Valley. She didn’t come from this natural place of technology. It was just something she set out to do for herself. The fact that I came to a company led by a woman, that focuses on having a 50/50 gender base, that openly talks about inclusion across the business, these are key indicators that they can show empathy. They can understand anyone, from any background.

I want to give everyone who doesn’t come from a traditional background an understanding of how to overcome these challenges as a youth, as a teenager, as a young adult where struggle is all you know, and then transition into a tech career field with no prior knowledge of how to program, how to cope, and at the same time stay authentic. I’m still trying to figure out how to do that, but want to start with some advice.

You just gotta keep plugging away and be real with people — don’t be afraid to be vulnerable. Be open. Tell your story. It doesn’t matter. Tell it 100 times. It just takes one person to be like, “Hey, I want to help.”

I have 5,000 connections on LinkedIn. I’ve been told “no” time and time and time again but knew the “yes” was coming. Don’t give up. It’s gonna happen. You can get into this business. Find your local tech ecosystem. Get involved. Network with local thought leaders. Get on their newsletters. Network your butt off online. Join groups. For me, it was Black Tech Charlotte that gave me the confidence to pursue the opportunity in SF.

Find tech companies that are changing the way that transactions are happening. Lever is one that’s changing the way hiring is happening. Either find the disruptive companies and engage with them or create your own, because if you don’t find it, that’s an opportunity in the market for you to create your own niche. It doesn’t matter if you want to be a dog walker. Great! Find the tech company that’s disrupting the dog walking industry.

And mainly, find a company that’s gonna celebrate your honest, authentic self. I moved across the country to the most expensive city in the world, but to me, Lever was the best decision. It was the company that was the most welcoming and celebrated who I was. It was the most welcoming place and that hasn’t changed. The “new car smell” usually leaves in the first 30–60 days. I still have the new car smell every time I walk into the building.

Get out there. Tell your story, meet as many people as you can, find your community, and find the company who understands the value of having a mix of people, from any background, from any place. 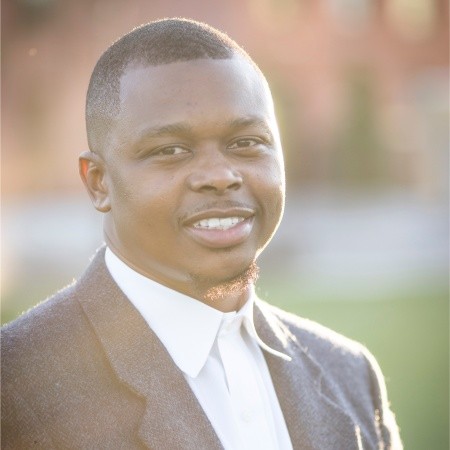 Hey! I followed my dream of living and working at an awesome tech startup in California. After several years of living in the South and watching Alabama football, I am now working at Lever (YC backed) in San Francisco