By Michael Berhane March 12, 2017 in Engineers, Interviews, Main No Comments 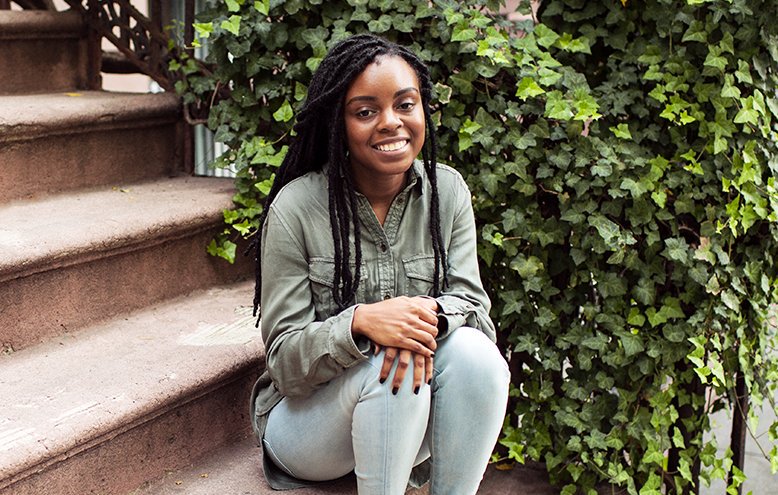 What made you decide to work in the tech industry?

Initially, I was pursuing a career in accounting. I declared it my major at college. After an accounting internship, I decided it was not for me, but I had done it for so long I couldn’t see myself doing anything else. So, I decided to do a second internship, with the hope of getting a full-time offer. It didn’t happen. I was devastated at the time and had no idea what I was going to do next. I was counting on that offer because I was graduating with some financial hardships.

I began to see it as an opportunity to explore other fields. And so, from there I began to take online courses in programming and web development. From there I started to attend Meet-Ups and found a supportive community of people.

Did you have any preconceptions about working in the tech industry or what would be a developer entail before you began?

I had this pre-conceived notion that it wasn’t for people like me. My younger brother was interested in computer science, and I remember I told him ‘why would you pursue computer science if there isn’t anyone in the industry like you; what if they aren’t open to hiring you?’

That’s something that I regret. I just had an outsiders perspective of the industry. It didn’t change until I started going to meetups [that discussed diversity in tech] and meeting actual people who worked in the industry. I had to change my mentality, I started thinking that I could do this, I can learn this, and I can pursue a career in this field. I went back and let my younger brother know that he could do this too.

Growing up in the Bronx you just don’t see anything about tech. All of the meet-ups are in Lower Manhattan; it’s a commute to get there. We didn’t have programs in school teaching us programming. I just wasn’t exposed to it.

Did you face any obstacles regarding learning to code or getting your first job? If there were, how did you go about getting around them?

The biggest obstacle was more of a personal one – it was financial. As a self-taught programmer, I knew that the best environment for me was to learn with a group of people. So, I decided to apply to boot camps, which are expensive. I was thankfully able to find two programs that were free with full scholarships. So, I applied to it and out of the programs that I applied to one accepted me.

I was on Coalition for Queens, where I learned iOS development. I don’t like to call Coalition for Queens a boot camp because you go through learning to code, and computer science [algorithms, etc.], so you can ace the tech interview. We do a final project, and then we also have a whole month dedicated to doing mock interviews with people in the industry. It’s completely a voluntary program.

Yeah, exactly. I’m very thankful. I’m very grateful for the opportunity to be able to go to a program that was nine months long because I don’t think, realistically speaking, that learning to code in twelve weeks would have made me job ready.