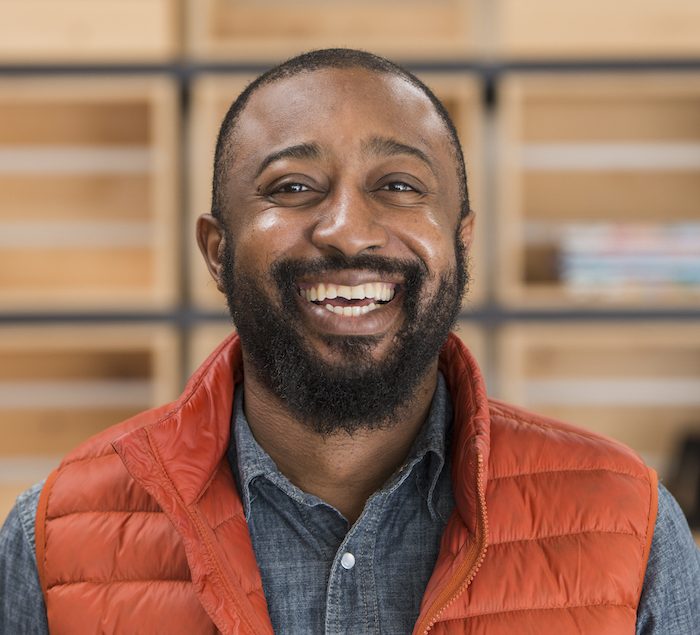 Kela Ivonye is trying to solve the tech diversity issue through his new organization and micro fund, Protégé.

After all, it was the connections he fostered as a founder, coupled with his determination and supportive network that led him to a successful exit from his innovative mailbox company Mailhaven Inc. in 2019.

Now he’s using his experience, expertise, and knowledge to help Black entrepreneurs succeed by connecting them with Super founders for mentorship and investment.

He co-founded the platform, a nonprofit and micro fund, to cultivate community among black founders in Louisville through his quarterly Founder Social events sponsored by Amplify.

Each successful participant of the fund gets 20 minutes of one-on-one time each week to get advice and additional connections.

Ivonye introduced JoCari Beattie, founder of  JoBé Products, to Andy Dunn, co-founder of Bonobos, which sold to Walmart for $310 million in 2017.

Dunn was reportedly the one who encouraged Beattie to pursue a Kickstarter campaign that successfully raised more than $20,000 last year and spurred more than $100,000 in additional grant funding.

How did Kela Ivonye start his journey?

Ivonye, a first-generation immigrant from Nigeria, moved to the US to attend the University of Louisville. He founded his first company as a student in 2012 and grew it to $150,000 in revenue before shutting it down.

It’s not widely reported why he had to close the company down. Still, he began his entrepreneurial journey again by founding Arrow Food Couriers, an on-demand delivery startup with a hyper-local focus.

They used geo-spatial technology to divide cities into self-sufficient delivery districts, reducing delivery time by over 40% compared to other couriers, according to BizJournals.

Upon the sale of Arrow Food Couriers, Kela used his logistics experience to launch MailHaven, an intelligent, curbside mailbox that secures packages for absent homeowners. The MailHaven provides value for everyone throughout the supply chain.

MailHaven owners never have to sign for packages or worry about theft.

If you’re a founder or a veteran entrepreneur looking to learn more about Protégé, reach out to Ivonye at kela@ivytechlabs.com.