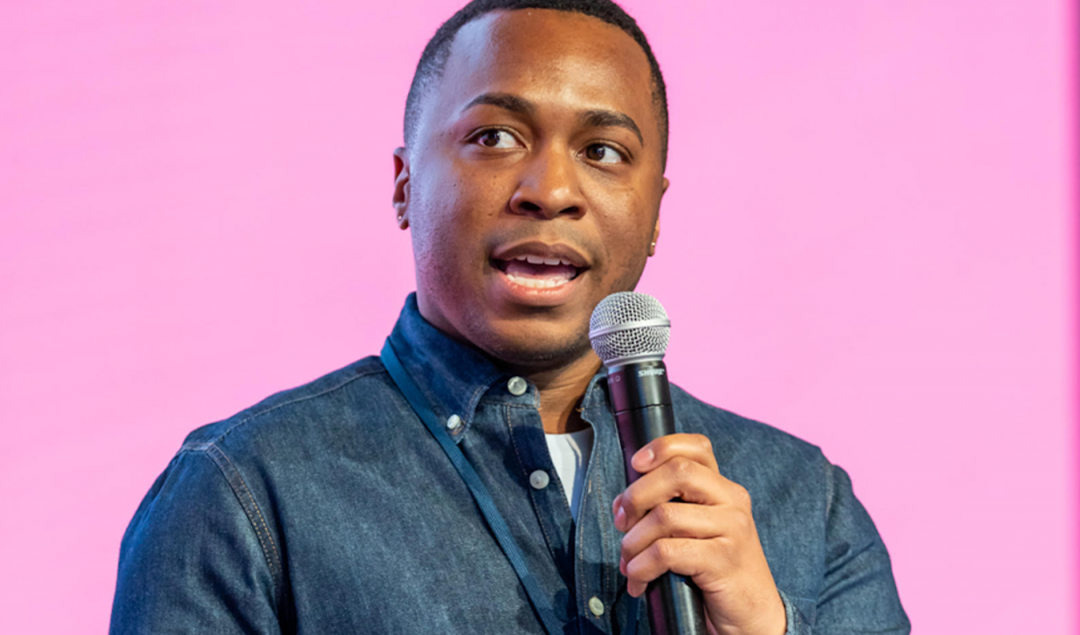 “Empathy is my superpower,” Rasha Harvey says. As a queer, Black American, Rasha calls being different his secret sauce. “And Asana is all about connecting teams across the globe.”

Rasha works as an Enterprise Customer Success Manager at Asana, a work collaboration management platform. He has colleagues across the globe, including in Munich, Tokyo, London, and San Francisco, and has travelled extensively across the world. But in his childhood, his reality was very different from that of today.

Working Class With A Big Dream

“I grew up very working class in a single-parent household, but I knew the world was bigger than the block that I grew up on. I always had this passion for understanding the world at a very young age.”

As a kid, he briefly tried to memorize and learn all of the capitals around the world. “When I was in elementary school, I’d stare at world maps and say, ‘hey, I’m going to, I want to travel to this country one day.’” One Christmas, his mother asked him what present he wanted to have. “I said, ‘a globe!’ My mom was a bit surprised, but was happy about it. You know, a globe was cheaper than a game console, after all!”

In high school, he got a scholarship to study at Montgomery Bell Academy, an elite prep school in his hometown of Nashville, and ended up receiving the Headmaster’s Award for academic and service excellence. He earned another full-ride scholarship to study Government and Comparative Politics at the prestigious Bowdoin College in Maine and the London School of Economics.

“I wanted to explore the world, so I told myself, ‘let’s figure out a way to explore it,’ and so I worked really hard in school and to get my education paid for.”

It was hard work, but Rasha is clearly reaping the benefits, even today. It was also an experience that Rasha described as similar to having different lives. “It felt like navigating through multiple worlds. I grew up as a working-class person, I’m going to school with all these rich kids. Some people may see me on the street, and they may think I’ve been privileged my entire life, which is absolutely not the case.”

Rasha’s journey to tech was non-linear. At one point, he worked in financial services in New York, then at a non-profit. However, his past work was not in vain. At Asana, they have a large non-profit customer base and some in the public sector. Rasha can tap into the knowledge from his past work to deeply understand the issues these clients are facing.

He is also the first in his family to work for a high-growth tech company. Working in San Francisco in the heart of Silicon Valley was something very new for him. “Growing up, I didn’t have a lot of examples, especially in terms of how to break into the tech industry.” He had a much easier time navigating his way through with the help of his mentors. “That’s part of the reason why I’m a mentor. My mentors saw something in me. And they introduced me to the wider world. I want to share my expertise and help guide someone, too.”

While already working in tech, Rasha applied and was successfully appointed to the civil grand jury, a government audit function in California. He served for two years, being appointed to run the civil grand jury his second year. It was “eye-opening” and helped him engage with all types of people to help the San Francisco government function better. “I had full legal access to a $12 billion dollar budget government enterprise that employs over 30,000 people so I took this responsibility very seriously.”

He was also the youngest person to run this government function. “Pretty much all of my teammates were all older than me.” They all had important positions in their day jobs, as well. “One was a big-time engineer. Another person was a psychologist, another individual had leadership positions at a nonprofit.” Rasha had to critically think about how to position himself as a leader and leverage the experience of his team.

This also allowed him to venture into his interests relating to government work. He had to use learnings from his college degree to run the civil grand jury. “I connected with everyone from those at the top of the pyramid, who would be the mayor, to this specific person who’s a frontline employee. I also engaged with those who needed it the most, especially in underserved parts of San Francisco. This experience impacted my life in so many positive ways and taught me a lot about conscious leadership.”

Rasha affirms that Asana has many initiatives to support people of color at work. There are training sessions about implicit bias and allyship, employee resource groups like Blacsana and Gradient, for people of color and allies, as well as spaces to have political conversations. “It doesn’t take away from the core work that we’re doing. If anything, it’s a recognition of you being comfortable bringing your entire self to work and feeling as if you don’t have to hide a part of yourself.” And another very important thing: “the company actually puts funding behind DEI initiatives.”

But Rasha is also quick to emphasize that the company is not creating silos. These opportunities help colleagues to better understand each other and bring a sense of collaboration while allowing people to be whoever they want.

Aside from mentorship, Rasha also emphasizes the importance of learning from those you work with. “Lean into your peers. Understand their journey and how they view the technology. At Asana, we all have different ways of using the platform, and it’s important to see how folks approach software in different ways.”

These differences are only surface-level and allow people to find common ground on a deeper level. “Regardless of whether you live in London, or in Florida, or grew up pretty privileged, or played golf your whole life, or far from that, I like to bring it back to a core of shared humanity and do that with a sense of decency as well.”

As a final note, while thinking about his life and career, Rasha urges people to think big. Don’t listen to people who say you’ll never succeed. Dreaming big is anyone’s ticket out. Rasha is clearly a dreamer and a do-er. “I feel like I’m living out my dream. It’s nice to just kind of have a job that allows you to think big.”