By Abbianca Makoni August 30, 2022 in Africa, Articles, Business, Career Growth, Community, Founders, General, Main, Media & Entertainment, Startups Comments Off on Podcasting In Africa Is On The Rise But Why Is It Not Profitable Yet?

Podcasting In Africa Is On The Rise But Why Is It Not Profitable Yet? 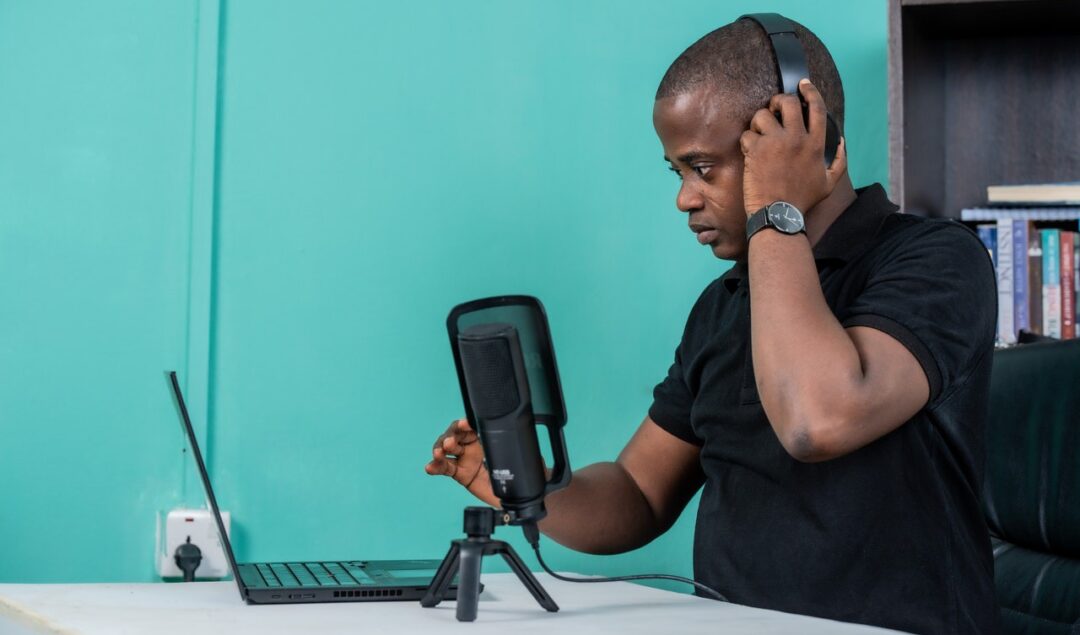 According to Insider Intelligence, there are currently over 2 million podcasts and 424.2 million podcast listeners worldwide in 2022, a 10.6% increase from the previous year. As of 2020, the global podcasting market size was valued at $11.46 billion.

This growth has been spurred by a number of factors – from the proliferation of new celebrity shows, investments from companies like Spotify, and the increased affordability and availability of tech such as smartphones and smart speakers that boost awareness and access.

But are podcasts booming in Africa the same way as in other continents?

From Johannesburg to Nairobi, Accra and Lagos, audio creators are starting conversations about their lives and work while tackling social, political and cultural issues like gender norms and inequality head-on.

One such example is Cyril Afeku.

After two years of many failed attempts at kicking off an online publication, Cyril and his co-founder Aryee turned to podcasts. In 2017, Aryee and the GCR team launched three podcasts: The Other Room, a women-focused show, After the Whistle, a sports show and Free Your mind, a general talk show that covers lifestyle, culture and arts.

And while more Africans on the continent are getting into the podcasting space, it remains more of a passion project that takes many years to become a profit-making venture, according to commentators

Maurice Otieno, executive director of Kenya-based Baraza Media Lab, believes that Africa’s struggling infrastructure is a major reason for this.

Speaking to TechCabal, he said: “The internet is not widely distributed and the cost of data is still very high. Once this is sorted, either through investments in the infrastructure or in innovation, then it can become easier to monetize.”

On top of that, advertising revenue from sponsors is not the same in Africa as in the rest of the world, because Africa receives less than 1% of the global ad spend.

Global ad spend last year was $780 billion while ad spend in Africa was an estimated $5.11 billion, according to Insider Intelligence and this minuscule ad spend is split across different media platforms in Africa, with TV and radio attracting a larger share of the audience and ad spend.

The lack of money being thrown into the African podcast landscape has nothing to do with talent or originality – there is plenty of that on the continent.

The first global African podcast festival happened virtually in February 2021, and the organisers shared that the event reached 1.1 million people from 43 countries. Further validation that Africa has a thriving podcast culture.

It’s clear there’s a want for more African podcasts – so what’s the issue?

South African comedian Simmi Areff, who left commercial radio to launch his own podcast Lesser Known Somebodies, has previously said that it was not a challenge unique to African podcasters, adding that just 1% of podcasts make money globally. He believes most podcasters have opted to use the ‘freemium’ model where influencers make content and hope it would get listened to.

Phil Chard, a prominent Zimbabwean podcaster and co-host of the award-winning 2 Broke Twimbos podcast, argues that the syndication model cannot work or scale in Africa currently.

“I think we are still very early in the life cycle of podcasts on the continent and brands are reluctant to invest heavily in them. Currently, our podcast has 30,000 subscribers which is huge for us and Zimbabwe. But on a global scale, it is a drop in the ocean.

“Even larger networks such as BBC Africa have struggled to find regular advertising on their podcasts, even on the unique content pieces that they have begun developing specifically for digital channels,” he told Jamlab.