If You Can’t Fly Then Run: My Advice to Founders of Color in Tech 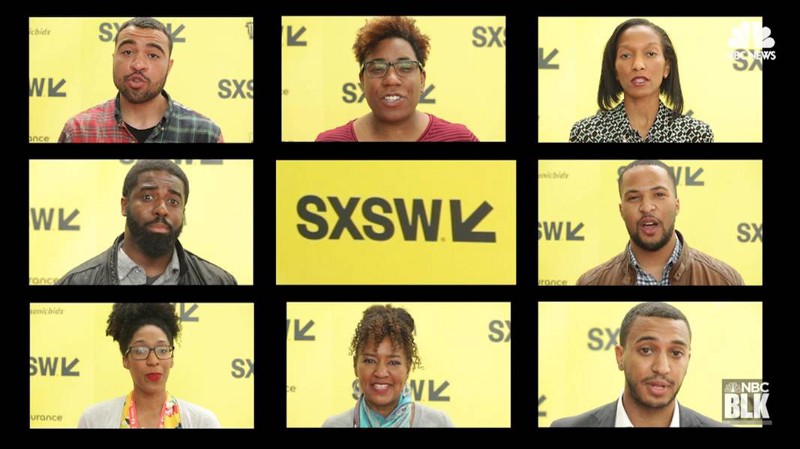 I was a year into founding my company, Blastchat. Blastchat is a social messaging app, and unlike other messaging apps that focus on one to one messaging (WhatsApp — Facebook Messenger — Kik), we focus on one to many messaging. The value proposition for the sender is that people who want to see your content will see it as soon as you create it. The value proposition for the receiver is that you will have the information you care the most about delivered to you as soon as it’s made available. We came up with the idea while I was in graduate school at Dartmouth College. I wanted to play tennis with some friends and went to Facebook & Twitter to post and tweet “Anyone on campus wants to play tennis today?” My tweet and post went missing, and no one replied. We thought there had to be a way where people can get their message to many people in a second and have them reply individually like BCC on email and that’s exactly what we’ve built.

So back to the spring of last year. I traveled to San Francisco to “network” and while at a tech event I ran into an angel investor that I had been following on Twitter. He was lounging around a group of black men when I went to introduce myself. After chatting with him for a minute or so he said he was “genuinely interested” in what we were building and he gave me his number and told me to text him. So I texted him the next day, and our conversation drastically changed the trajectory of Blastchat.

Reading that was disgusting right? No not my typos and I’m not talking about anything the investor said. Despite the high energy he gave me when we were at the event; things did change when we began texting. But the most obvious observation from the conversation was my negative attitude. I’ve been trying to raise a small round of $50,000 since 2014 when I originally started working on Blastchat. And during that time I was severely depressed because I knew I was capable, but opportunities were not coming my way. Blastchat was my third venture in the past three years. The other two were failures, but I learned a ton, and I knew it was my time show the results of that failure to the world. I wrote a lot of my frustration and anger over the past few years here. But something happened after that conversation with the investor; I decided to change my attitude. It was the same thing I did at the age of 7 when my biological dad used to lie to me which would make me cry; I decided that his voice didn’t matter. I stopped relying on my dad for anything, and he was never able to make me cry again. I took the same approach with investors. I ceased worrying about investors and started putting that energy into my product, users and most importantly myself. The resell of my attitude change were telling and a year after that conversation with the investor I was able to get a $50,0000 grant from my hometown to build a safety product to help protect women and teens from street violence and domestic abuse.

And here is how I did it:

Starting a company is the most difficult thing I’ve done in my life, and I had no idea why I tried three separate times with three different ideas. I knew I had an interest in technology in 1999 when my mother was the first in our 13 story project building to purchase a computer. All of my friends would come over to play games on candystand.com and look up pictures of rappers and NBA players. I knew I loved coming up with new ideas and I loved building products. But I didn’t know why I was doing the things I set out to do. It took some time when I first started thinking about it, but I finally was able to figure out why I am here doing what I do;

I am in this world to be the best CEO the world has ever seen and to inspire the youth — especially minority youth — to go out and build anything they want to make.

Most of us want to be entrepreneurs because we think it’s cool. It’s cool to put CEO in our social bios, and it’s cool to hand out company business cards. The only cool part about being an entrepreneur is starting to build something. And starting can be difficult but what’s harder than starting is staying resilient. And the easiest way to remain resilient is to find your WHY. When you find your why your life will become much easier because every decision you make will become binary:

Does this help me get closer to my WHY or will it set me back? If your WHY is that genuine, you will almost always choose the former.

Many of us are still traumatized over what white people did to our ancestors and what some currently are doing to us know. We’ve been programmed to be angry with this country and the world. At times we’ve used this anger and angst to do some remarkable things, other times it’s been used, and it caused us to remain mentally stagnant. And for the past three years, my anger towards the tech community only allowed me to see the things that were going wrong in my life. I had to reboot and throw away any judgment that I ever had to anyone and anything. It first started when I was finally able to forgive white people for slavery. It seems impossible, but it’s doable. I then began to study the human mind, and in doing so, I started to learn more about myself and the natural powers that I have inside of me. The takeaway from this mental reboot was me understanding that I control the world. I control my world by the thoughts that I have inside of my mind.

I do not deny the fact that there is some racism in the tech world. However, the greatest tool on earth is the human imagination, and black people have one as well. I stopped living in a world that simply was and started residing in a life I created in my mind. It’s the world where racism doesn’t exist, where everyone is equal and the world where the best products eventually win. What’s promising is that you can create your world as well. If you think you are not good enough, then the result will prove that you aren’t good enough. Learning about the mind is the most important investment you can make if you want to start and run a successful company.

My Time is Valuable

Every second matter’s, use them wisely. It’s 2017 there is no reason why you shouldn’t have an MVP for your product. There isn’t a reason why you shouldn’t have a network of positive people in your life. This world is vast; my team is all over the world. We have team members in Chicago, Brooklyn, California, and India and I’m in Newark, NJ. It’s uncanny but WHY is the reason why it works. Resources are vast; you just need to spend more time trying to find them.

Money is the Slave

I’ve always thought we needed investment to take things to the “next level.” To be honest, if that investor had given us $50,000, we wouldn’t have known what to do with it. We didn’t need money to take things to the next level. What we needed was a thorough understanding of the product that we were building. And the only people who could help us understand were using our product every single day. We started to care more about our users and less about money. In fact, it was one of our users who gave us the idea for the Blastchat Safety product which then leads to us getting a $50,000 grant.

Follow your intuition and don’t let money be the master of your life. After my conversation with that angel investor, I’ve decided to never be that submissive again in my life. I thought I had been submissive to get an investment. And if I were an investor, a passive person would not get my money. Follow your gut, honor your WHY and listen to your users; the money will follow.

Growing up the only person of color in STEM that I knew of was Steve Urkel. I was then programmed to believe tech wasn’t for me because there weren’t any real people like me to in the field. This leads me question myself at times simply because there has never been anyone that looked like me to become successful in this field and if there is someone out there, I don’t know who they are. But I learned that fear is just a fleeting feeling, and like many other of our feelings, they will eventually pass. I also discovered the natural laws of the universe, the law of polarity to be exact which says that everything has an equal opposite. Which means, the opposite of fear is courage and through courage is where to find real opportunity. So the next time fear creeps in, you should feel encouraged because if your WHY is strong enough, then the opportunity will surely follow.

I know this is easier said then done. I also know what the real world is like. So am probably living in a fantasy but it’s my fantasy, and I am the only person that can make any changes to it. Things are going well. We are creating products to help protect women. Messaging apps are being used more than social media apps. We are changing the way we communicate with each other. Life is promising, and this is the beginning stages of our fantasy coming to life. Now create your fantasy and start building some great products.

You are what you think, so start thinking!

The Internet is For Everyone

Former Dartmouth College graduate student and serial entrepreneur. Jhamar is the founder and CEO of a mobile application named Blastchat. He launched his first startup in 2009 and went on to work in Product Management for two years before going back to get his masters at Dartmouth. He has been recruited for Product Management roles at some of the largest tech companies in the world, including Google.