By Michael Berhane January 9, 2018 in Data, Engineers, Main No Comments 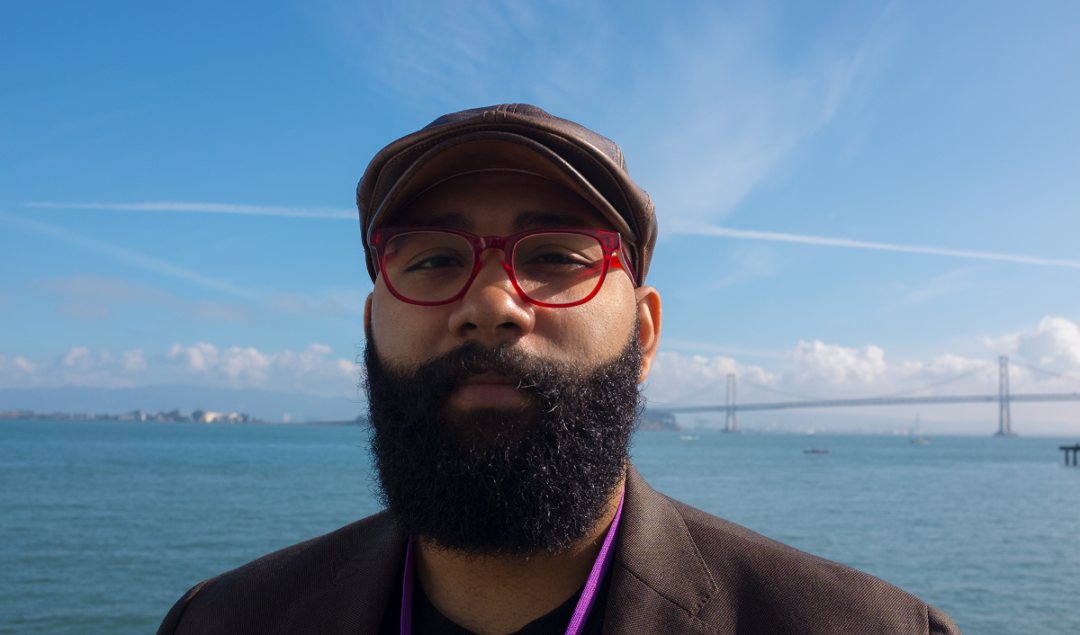 After being raised in Saginaw, MI, I graduated from the prestigious Tuskegee University with a BS in Computer Science. I came to the DC area right after college after landing a Government contracting gig. I did a lot of soul-searching those first few years of my career after I realized Government work wasn’t for me. I eventually broke into the startup world which is much more my cup of tea (I like my tattoos and jeans).

After some time, a managerial opportunity was made available to me, and I decided to give it a try. I figured if I didn’t like it, I could always go back to coding full time. It turned out to be great. Granted, I was able to keep doing engineering work a significant amount of time, but I enjoy mentoring and growing others.

Currently, I’m the Head of Navigation Data at Mapbox in Washington, DC. My team is focused on data creation, maintenance, and validation for making navigable world maps. The group consists of designers, engineers, data scientists, and strategists who are experts in building a dataset that allows people to explore the world. Before this, I worked at Capital One as a Tech Fellow where I was part of a team of engineers who were charged with helping Capital One transform itself from a bank to a technology company. I’ve taught part-time Web Development and JavaScript courses for General Assembly, and I love volunteering to help teach programming to underserved communities. I’m also advising a couple of early-stage start-ups in the DC area.

How and why did you get involved in tech?

It was a complete accident. My original major in college was Aerospace Engineering. Towards the end of my freshmen year, I knew it wasn’t for me. One day, I was in my dorm room along with my roommate and one of his buddies. I asked my roommate’s friend what his major was to which he responded, “Computer Science.” I thought to myself, “Hmm, computers are cool. I like illegally downloading music. I’ll give it a try.” A few months later, I took my first CS course and fell in love with programming. And as fate would have it, I had a knack for it.

Tech, specifically software engineering, scratches a few different itches for me. It allows me to solve problems which is always a pleasant prospect in and of itself, but there’s also a beauty to it. Emerging out of all the logic and mechanics of language syntax is a kind of elegance that smiles at you. But it can also give rise to monstrosities. That’s part of the fun, though – chasing smiles and avoiding the monsters.

There’s a lot of potential power in tech. There are a lot of companies out there solving first-world problems or selling solutions in search of a problem. For instance, I can order practically any frivolous product imaginable with the touch of a button on my phone, but the working poor has to choose between keeping their job or showing up at the polls because, for the most part, we vote in person on a Tuesday. Where’s the next-generation voting infrastructure? Our Government cites risks of hacking, but as we learned in the last Presidential Election, foreign institutions have already hacked the electorate. Not necessarily through traditional or technical means, but through psychological manipulation. A computer bit which has been flipped maliciously via conventional mechanisms stands a chance of being detected and perhaps even corrected. But convincing someone to vote a certain way through propaganda and misinformation is a far more nefarious endeavor. It’s very frustrating.

I want to find responsible ways to improve the condition of those who never received the opportunities I did. Ultimately, I hope that when I’m gone, I will have left the world in a better place.

My experience has been mostly positive. Obviously, much of that has to do with my male privilege and the fact that I have a traditional CS degree which many people still view as advantageous. Have I ever been passed over for a job or had my abilities in question because I’m a PoC? Who knows? I try not speculate on things I can’t know or change. I’m a grounded, pragmatic person. I like decisiveness. I’ve decided to focus on things which are within my control. To that end, I spent the first part of my career over-working myself to close what I perceived to be a gap between myself and my peers. At age 19, I started relatively late in tech relative to many of my colleagues – many of whom had been tinkering since age 11 or 12. I planned to get so good at my job that people would be foolish not to hire me regardless of their prejudices. I don’t know if I was successful in that regard, I just know I spent a lot of Friday and Saturday evenings in front of my computer while my friends were out partying. No regrets!

The (relative) absence of PoC in tech companies is indeed glaring. Most companies for which I’ve worked, have been supportive in exploring efforts to try and alleviate that problem. I’m almost always involved in some capacity. And if I can be frank, it’s exhausting. I never envisioned any diversity & inclusion work as part of my career path – it’s incredibly challenging work. I’ve had to strike a balance between pushing for D&I and doing great engineering work. If you’re a PoC, and you do D&I exclusively, people question your engineering credentials. But because I’m a PoC, I can’t ignore D&I and just do engineering work, because the guilt tears me apart. I sometimes feel guilty because I’ve found relative success and many others struggle to break into the industry.

Well, not much of it is tech-specific. Much of the same behaviors and traits which lead to a tremendous productive career in other careers also translate well to tech. For instance, I’d say:

I’m most active on Twitter (@recursivefunk). I have the same username on Github and Medium as well. My website is https://recursivefunk.io.

Life with autism in the workplace

Being a good programmer isn’t just about writing code