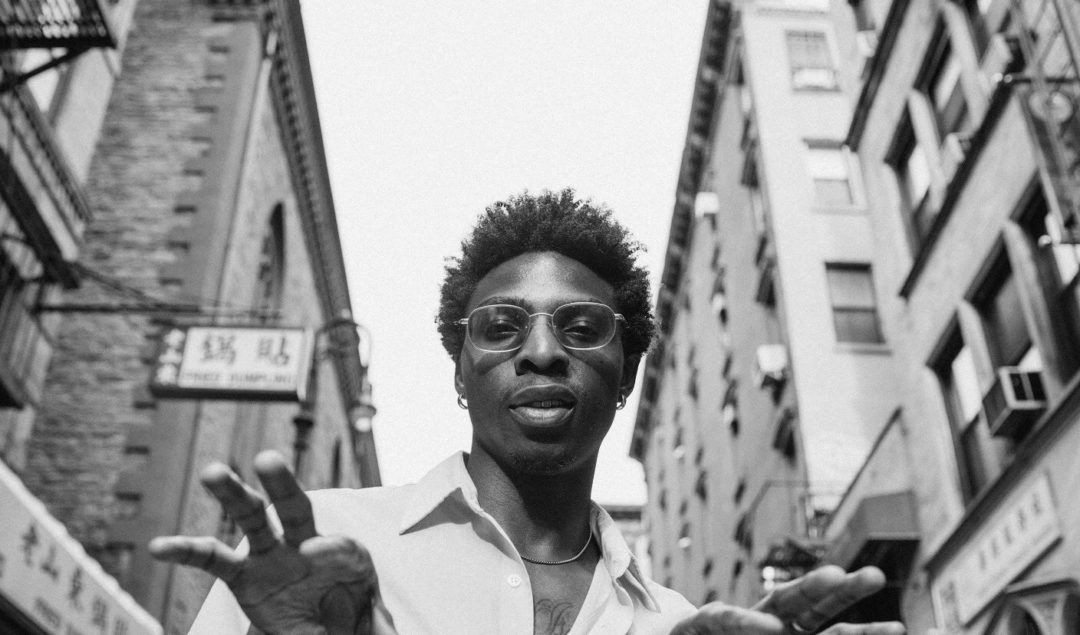 Movin’ to the Music

Looking back 5 years, I feel like I’ve failed many times over when I made the decision to leave a job in finance to pursue a music career in NYC. My job in finance entailed me informing my team of technological developments disrupting the banking industry, testing their new mobile app, and researching cybersecurity standards. After a while, I didn’t find my job to be as fulfilling or challenging as I thought it would be, but I stuck it through until one day I received a unique opportunity to move to NYC to compose music for commercials. Overwhelmed with excitement, I took every penny I had (plus a huge pay-cut) to follow pursue a professional music career. In my first music gig in NYC, I found myself writing in all genres of music for commercial spots (peep something I did for Rold Gold pretzels). I had to quickly pick up piano, guitar, composition, and arrangement for I had no formal training in music, just raw curiosity. I, however, was able to use this opportunity in music as a launchpad to open so many other doors. It was through music where I found my passion to build and create, to connect with folks to motivate and inspire others, especially those aspiring to be artists.

A career in music can seem like the ULTIMATE DREAM for many. People mostly see the glory on the front end of artist careers — the Instagram posts and likes, the high play count plays on Spotify and SoundCloud. They never see the workings of the back end — the negative bank accounts (how ironic because I worked in finance), the struggle to make rent, the missed opportunities to genuinely hang out and stay in touch with friends and loved ones. After I had songs chart virally on Spotify, played some of the most well-known festivals and venues, received praise from supporters at shows, I felt the need to continually build up the perception that the full stack of my life was operating well. Many folks didn’t necessarily see the digital barriers I’d constructed to help paint a picture-perfect story through my social media, which also worked to mask the financial insecurity, the feelings of isolation, the bouts of uncertainty, the tests of faith.

Despite the “successes”, mid-2018 found me frustrated and unhappy with where I was in my music career and my personal life as a whole. I felt my life was in shambles in NYC. As a result, I decided to pick up and take an indefinite trip to Atlanta, which is what I saw to be the holy grail of the music industry. While in Atlanta, I was able to connect with some of the most amazing folks and the music I made there was phenomenal! I really discovered and honed my authentic voice. Taking a break from the chaotic pace of NYC allowed me to go into a fresh environment with anonymity, appreciate music outside of it being my “business”, and also get back in touch with my southern roots.

While being in Atlanta provided me with a refreshing perspective on life, it didn’t come without its own set of challenges. The aforementioned hardships of being a musician followed me. I was forced to pry and debug the back end of my life and fix some fundamental things. At this point, I had been working a part-time (pseudo-full-time) service jobs for years, something that I had become accustomed to just stay afloat financially while pursuing music. Stubbornly fixated on music as my only way out, I had to finally convince myself, “I may as well just get a full-time.” The problem was I had been out of the full-time realm for so long and I didn’t feel confident that I possessed the scope of skills to bring value, nor was I sure what I’d be passionate about. I just knew that in whatever capacity I worked, I wanted to make an impact. To help guide my pursuit, I wrote a blueprint that I’d read to myself every day about scaling impact in inner cities through the intersections of music, tech, and culture. I just had no idea what that looked like.

Meanwhile, my partner, who was still in NYC at the time, said she’d started a prep course for a coding bootcamp to pivot into a career in software engineering. She saw firsthand how unsustainable my career as a “full-time” artist was and saw tech as a great foundational career for our future. I couldn’t help but be curious about exploring this as an option for myself especially considering tech played a huge role in my becoming as an artist with social media and distribution platforms such as Instagram and Spotify. I started thinking of all the ways I could build things that would’ve benefited me as an artist in the internet age, and how I could unlock more possibilities with my experiences. After some heavy deliberation and mustered up courage and curiosity, I made a move back to NYC as a newfound interest started piquing.

When I moved back to NYC, I hit the ground running, refreshed and looking to craft a more balanced than my previous stint in the city. This included picking up skills that would eventually support my financial solvency. I put out feelers for opportunities at tech companies, determined to find something that resonated until I stumbled upon an opportunity to work a seasonal position at Apple, in addition to being a part-time Program Manager for a tech company Create Labs which exposes underrepresented communities to the world of tech through event programming. Between these two positions, I quickly saw how important tech education was becoming, and also how culture and music played a huge role, especially considering the lack of resources for minority folks in the world of tech.

Sensing a huge responsibility and gaps for opportunities in tech, I quietly started to pick up coding in October 2019 when I did a test run at a start-up as an office manager. It was here where I was first introduced to Python. I thought of coding to be a mind-bending puzzle- simultaneously frustrating and highly gratifying. This led me to take a course on Udemy, and eventually start looking into software engineering . As I started learning coding through free resources like FreeCodeCamp and other prep courses, I found myself staying up really late and feeding my passion for creative problem solving, similar to when I first started creating music. There were many times where I thought everything I was learning was straight jibberish because of the huge learning curve, but my curiosity really carried me through to greener pastures.

I started to draw the connections between being a music artist and software engineer. Programming the beat and arranging instruments to create the entirety of the song is so akin to programming a method or function that serves as a larger part of the code. The chorus is an 8-bar count that iterates several times throughout the song (which makes it catchy), as a while loop or for-loop would do in a function or method (just make sure to set a condition to break the loop so that song or code loop doesn’t oversaturate or overflow). Individual tracks in production can be consolidated to make the arrangement easier to see and work with just as abstracted, helper methods can be used to make the code cleaner for reading and run more efficiently. And finally, just as we like to collaborate in the music community by pressing a key, strumming a string, stacking a vocal, eq’ing an instrument, in software engineering we have Git and GitHub to collaborate on our code as we create local branches, fork repositories, merge branches, make pull/push requests. When something isn’t working in the song, we perform take after take until we get it right and on point. When our code isn’t passing our test spec, we tinker around, take breaks, stay persistent, and find ways to make the code work, and refine our process.

While I could really go on all day about my intersectional passion, I’ll wrap to save room for more later. Not to mention, I still have SO MUCH to learn. All this said I’m pleased to continue exploring this intersection as part of Flatiron School’s Access Labs Software Engineering 15-week immersive program. I’ve been here for about 2 weeks at the time of this post and my goal is to embrace this phase of learning and fully exercise my intellectual curiosity. As with music, I’ll manifest great opportunities and inspire in whatever way I can as I continue my journey. There are so many folks — artists and non-artists — who look to music for inspiration. We have the technology, creativity, and the platforms to keep us connected and dreaming. I just pray that my own journey can inspire folks to go above and beyond, do things they may have never dreamed of, even it means failing. I’d just encourage all who do so to fail fast so that you can get back to the drawing boards. In closing, I hope that one day just as many folks that say “I wanna be an artist” can just as confidently say “I wanna be a software engineer” ‘cause I personally, I think they go together pretty well and it makes for a damn good rockstar. 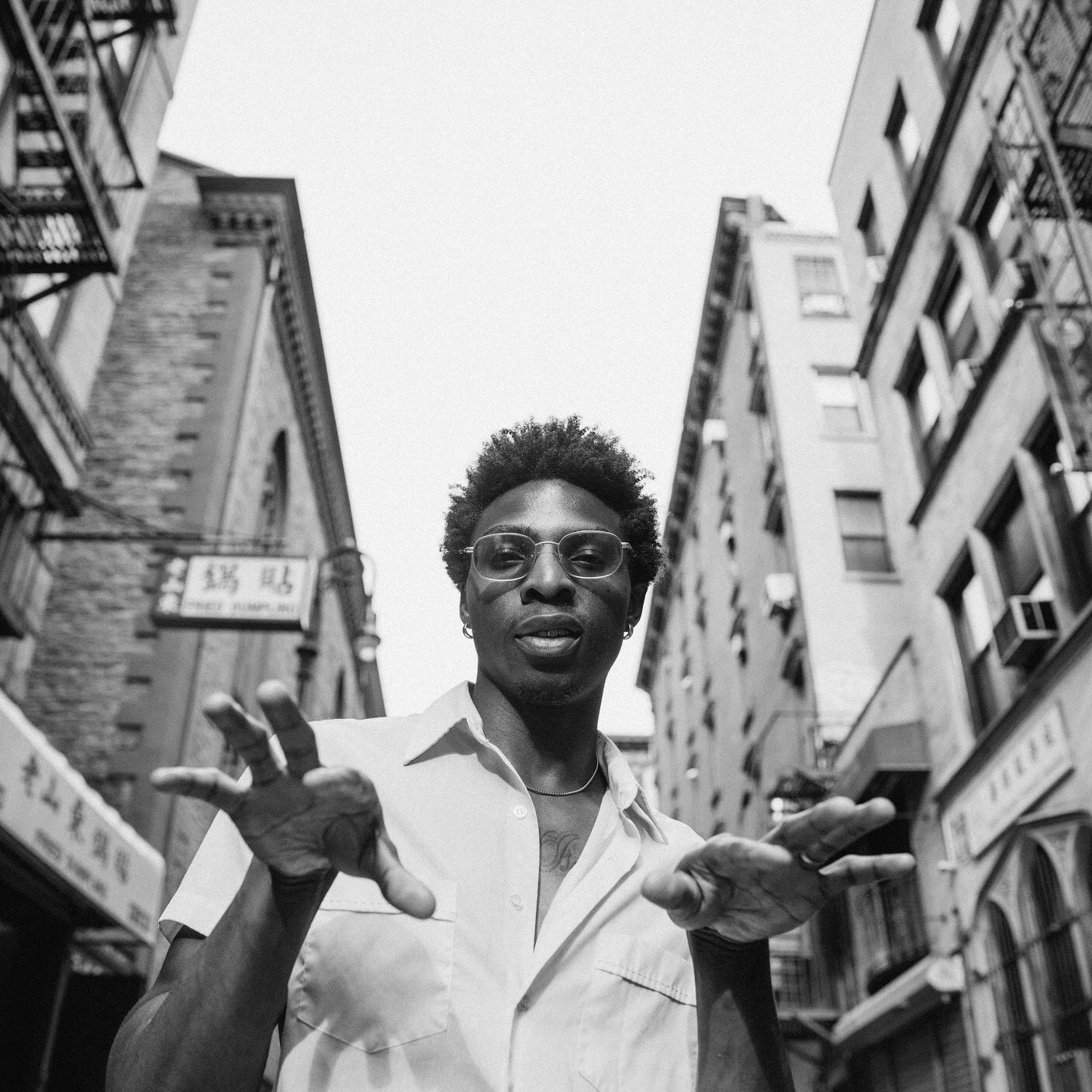 Demarius Edwards, better known as “Mari World” was born and raised in Chicago, IL. After graduating from college, he briefly worked in finance before moving to NYC to pursue a career in music. Utilizing social media and music distribution platforms such as Instagram and Spotify to build a following in music, he eventually became interested in pursuing software engineering to further explore the intersections of tech and art and their potential to mobilize change in underserved communities. He’s currently enrolled in the Flatiron School for Software Engineering in Brooklyn, NY as part of their Access Labs initiative in partnership with WeWork.