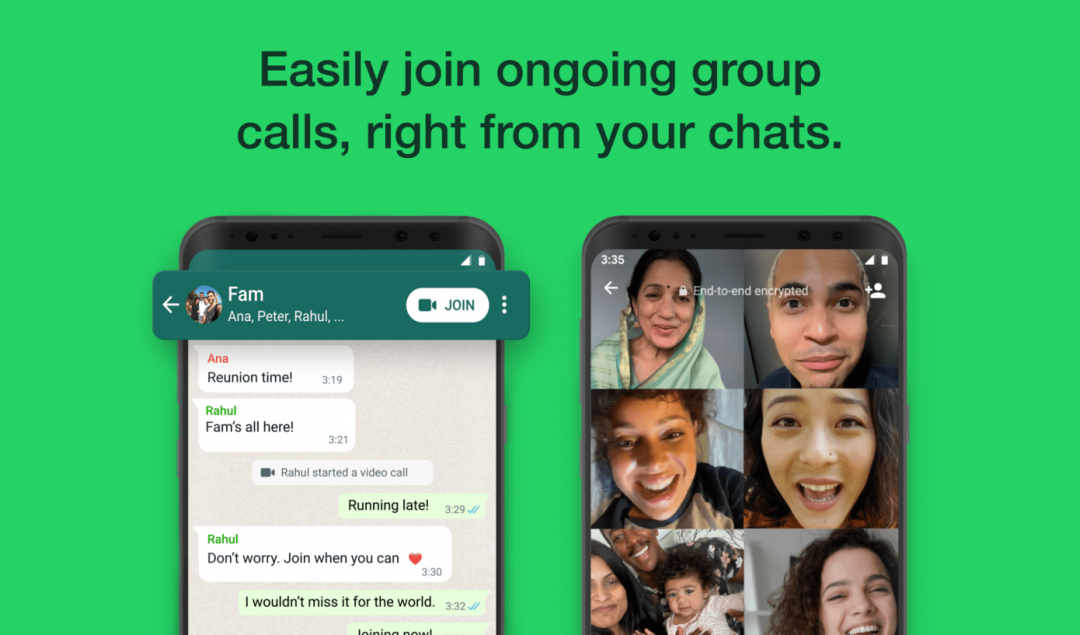 WhatsApp announced on Monday that it’s expanding its joinable calls feature to group chats – which means family members will be able to connect with more than one loved one at a time.

Joinable calls, which were first introduced in July, allow users to join an ongoing group call after it has begun. But with this latest expansion, users can now call a WhatsApp group and join the call directly from a group chat window.

Users will be able to join ongoing calls with your groups anytime, effortlessly, and directly from the chat view with one click.

The notification will say the name of the group instead of participant names, according to Business Standard.

“We are making it easier to connect spontaneously with your groups. Join ongoing calls with your groups anytime, effortlessly, and directly from the chat view with one click,” WhatsApp said in a statement.