By Michael Berhane January 16, 2018 in Designers, Main No Comments 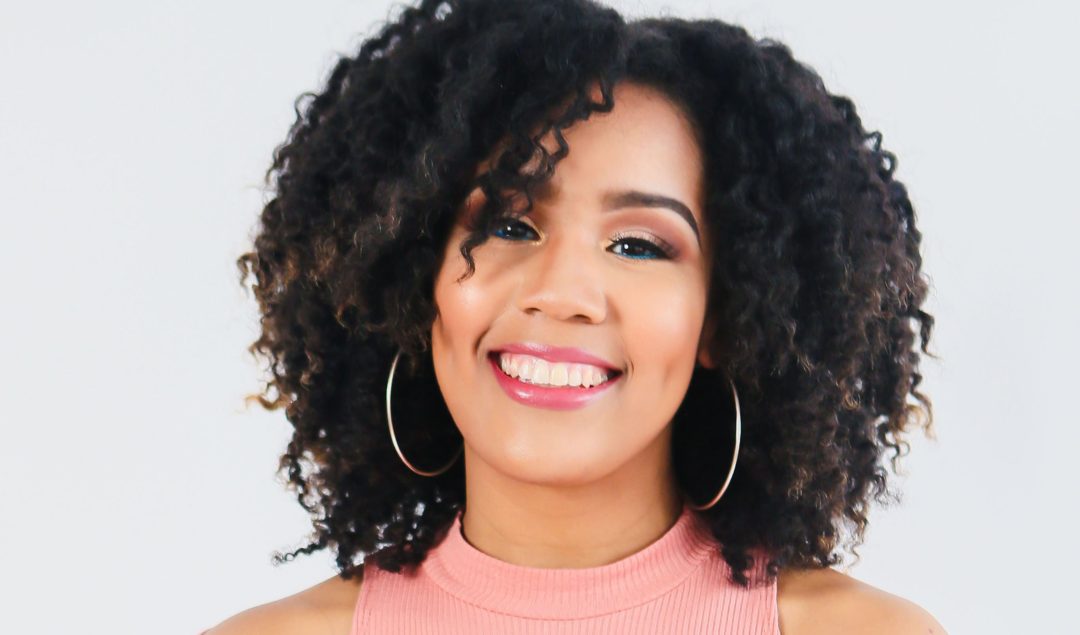 I am a product designer at Netflix. I’ve been there for about two years. I work on the studio engineering team which means that I build apps and software to help manage our Netflix productions more efficiently, like Stranger Things, etc.

How does that work? It’s software that helps the production team with the whole process of making the show?

There’s a little bit of everything. Netflix is a studio — we’re trying to be the biggest studio. So what we do is we try to build software to help all of our different teams under the studio brand to work more efficiently. We have finance apps, marketing apps, we have legal apps for contracts, we pretty much have everything that a studio needs to run.

Someone who watches Netflix doesn’t imagine how much work is going on behind the scenes.

It’s interesting because in our company we are only about three thousand employees, maybe a little bit more now, and when you look at how much we are putting out into the world with such a small workforce of people it’s pretty insane.

Yeah, the impact is crazy. The next question is: where did you start to get to where you are?

I went to school for journalism. I graduated from Northwestern in 2014, and I thought that I was going to work in PR. I didn’t like PR. So while I was working at a company, I learned about design, and I started teaching myself design as a way to kind of pass the time. I didn’t think I was going to make a career out of it but it was fun, and it was challenging. So I started doing it on the side and then eventually I got to a point where I felt like that I could make a career switch. I took about eight months to learn design. I built my portfolio. I tried to learn some code so I put code in my portfolio just kind of as a way to challenge myself a little bit more, and Netflix is my first design job. So I was kind of at the right place at the right time I guess you could say.

I started as an associate designer here, and I’ve been here ever since.

Could you expand upon being self-taught regarding recommendations, tips, and advice? I get a lot of people that come to me for information about how to get into tech without coming from a traditional background so anything you could say would be helpful

Being self-taught is overwhelming because you don’t have someone who is walking you from point A to point B. You do have to take control of your education. The benefit of that is that we have so many resources out there. I used YouTube. I listened to podcasts. I read articles on medium obviously, searching the internet, reading psychology books. There’s so much information out there, it’s really about distilling it into something that is actionable for you that you can put into practice. I think for beginners it’s harder because there’s just a lot of information about design out there and it’s hard to know what do I need to know for day one.

Something I did when I was starting out with my portfolio, I scoured the internet, and I bookmarked tons of people’s portfolios, just to read how they did case studies, what kind of things were they including.

Obviously, you could take a boot camp if you wanted to, for me, I just couldn’t afford it, and for someone who has student loans already, I couldn’t just say, “OK! I’m going to take out this fifteen thousand dollar loan and take the class.” So, you have to be very strategic about it, and you have to be scrappy, and it’s possible. It’s just not going to be a quick twelve-week turnaround, it’s going to take you longer, and that’s entirely OK. 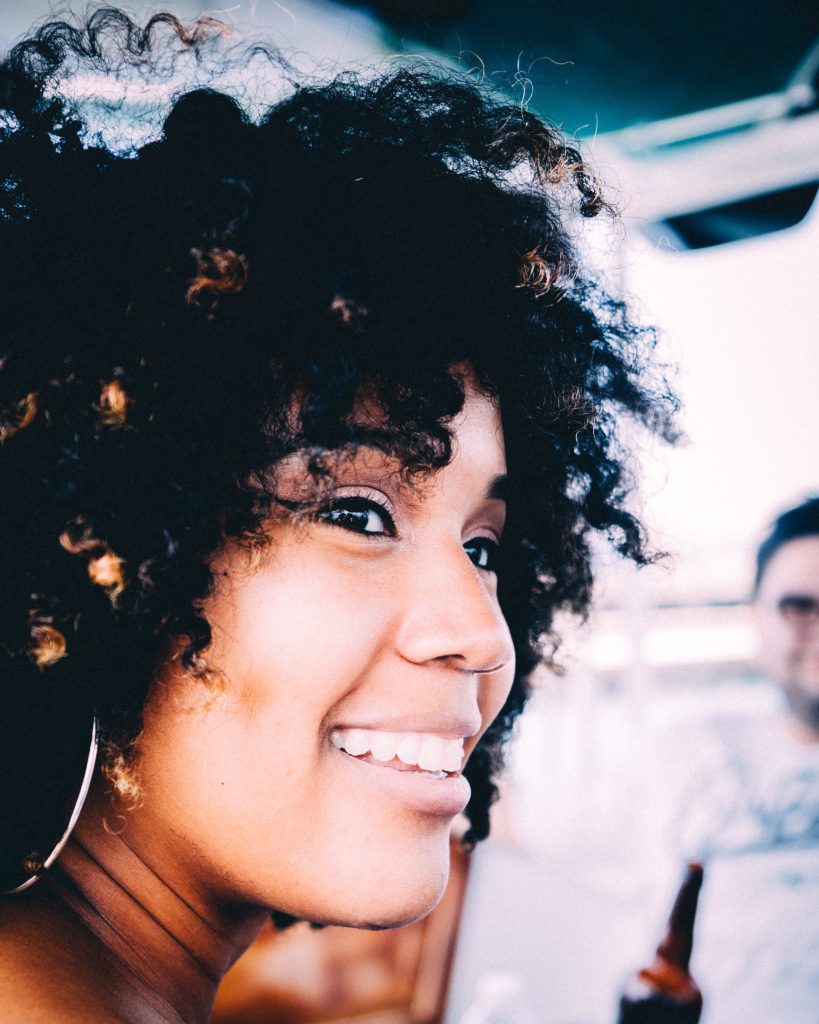 Was there a blueprint that you followed?

The hard thing about design is that you can quickly get off track. I kept learning things that weren’t what I initially set out to discover [which wasn’t bad by any means], but there’s just so much information out there. So, honestly downloading a syllabus from one of these boot camps that maybe you’re not planning to go to and seeing how they structure the class and in what order they teach things was really-really helpful for me.

Yes, that’s a smart hack! What was the point when you felt you are ready to start applying for roles?

I talked to a lot of recruiters who I knew weren’t going to be able to place me because I was apparently entry level. But I built relationships with people and had them look at my portfolio when I was finishing it up to see what they recommended and where they thought I needed to improve.

At some points, they were like I don’t know if I’d be able to place you don’t have enough experience, etc., etc. In other cases, it’s like, oh yeah that’s actually pretty good. If you just work on XYZ, I think you would do good in the market. For me, when I finished my portfolio that’s when I was like look I’m done with it, I’ve finished it, it took me forever, I’m just going to shop it around and see what happens. So yeah, it worked out in the end.

What tips would you give to a young person who wanted to enter the tech community?

When I was starting out in tech, I didn’t know how big the tech industry was or even what kinds of jobs it contains, there are so many different niche jobs that you can go after. For anyone who’s interested in tech, it’s pretty much just an all-encompassing term, there are so many different levels to it, but research different types of jobs that you might be able to do. So, for example, going on LinkedIn and just researching various job titles and seeing what people are doing, what they’re calling themselves that’s a good place to start. I thought tech was just engineering. I didn’t understand the different levels that there were in tech. And, honestly based on your passions, the things that you like to do, more often than not there’s probably some role or even a company in tech that you could work for.

It’s not just engineering; it’s not even just design, there’s so much stuff out there. So, figure out like what you like to do and what makes you happy. Something that I recently learned about is communications design and content design and things that as a journalist I would have been super interested in, I just didn’t know that it existed. So, figure out what you like to do and then just do research and ask around and see what’s out there for you to get into.

That’s excellent advice. Where can we follow up with you?

So, I talk a lot of mess on Twitter, I don’t always talk design as much as I probably should. I talk about movies and black women in tech, food, and hair: @mariagaddis.

I’m going to see Black Panther like five times, I’m not even going to lie to you. Even if it’s bad, I’m still going to say it’s good, I don’t care. I’ll pre-order my ticket as soon as pre-order opens. I am so excited.

Ryan Coogler is amazing, the cast is fantastic. If it could be four hours, I will sit there the entire time; I will hold my bathroom break, I will not miss a minute of that movie.